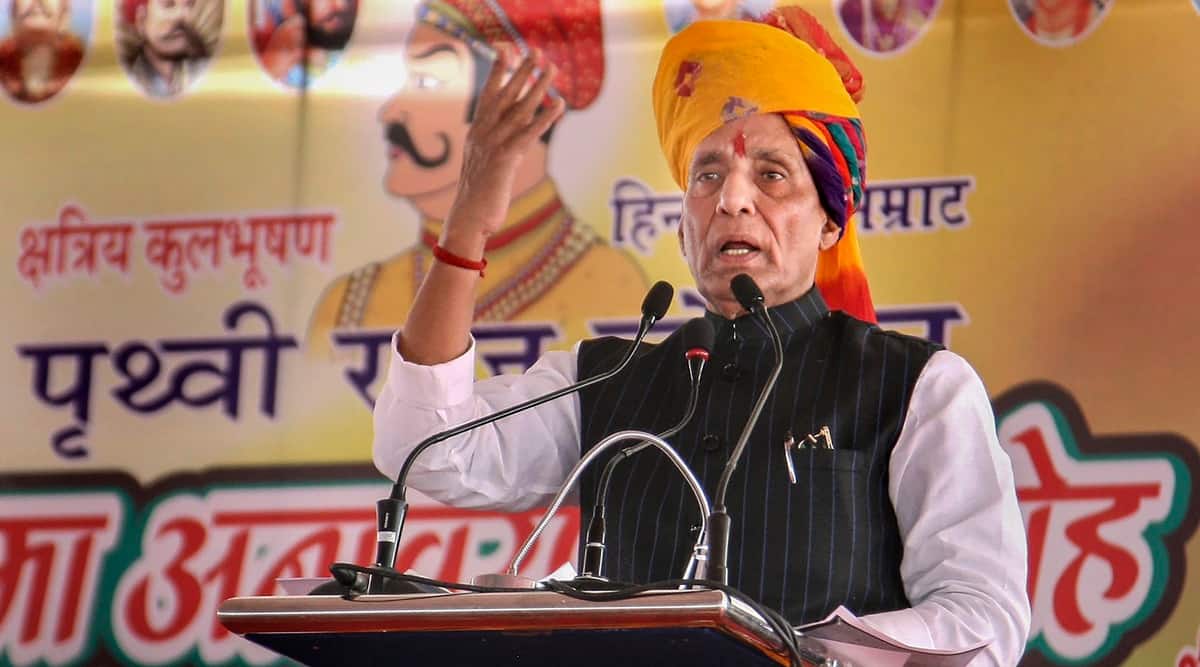 Defence Minister Rajnath Singh on Sunday said the lotus is not just a party symbol but connected to India’s cultural identity, as he slammed those creating a controversy over the presence of the flower’s image on the G20 logo.

Prime Minister Narendra Modi had unveiled the logo on November 8. The Opposition Congress had accused the BJP of promoting its poll symbol – lotus.

“One is pained that a controversy is created around symbols of our country’s culture and those connected with it’s cultural identity,” said Singh at an event.

Singh asserted lotus is the national flower and connected with India’s cultural identity.

“On seeing lotus flower (on the logo), some people created a row. They said lotus flower is BJP’s poll symbol. There is a limit of making accusations,” he said, targeting the Congress for creating a controversy.

Singh was addressing a gathering after unveiling the statue of legendary warrior Prithviraj Chauhan in Haryana’s Jhajjar.

“The truth is that the Government of India, in 1950, had declared lotus as a national flower. And they did so because lotus is a symbol of our cultural identity,” said Singh.

“In 1857, during the country’s first war of independence, those who were taking part in it were carrying bread in one hand and lotus flower in the other. Should we forget this lotus flower? Did prime minister commit a crime (by launching lotus as a logo for G-20)? “A ruckus was created over this. Just because it is any party’s election symbol, should we leave it and cancel the recognition of lotus as India’s national flower,” asked Singh.

India will assume the presidency of the powerful grouping from the current chair Indonesia on December 1. The G20 or Group of 20 is an intergovernmental forum of the world’s major developed and developing economies.

After the Congress criticized the government over the flower image in the G20 logo, the BJP hit back, saying the lotus was declared the national flower in 1950 by the then Congress government and asked why the grand old party chooses to “denigrate and undermine” every national symbol.

He said some people are such that all those things which are connected with India’s cultural identity “they try to avoid them”.

Till the time the BJP-led government is in power, it will not allow anything to come in the way of our cultural identity “no matter how big a sacrifice we have to make for this,” he said.

Can India, which believes in “Vasudhaiva Kutumbakam” (world is one family), survive without its such identity, he asked.

No decision yet on country-wide NRC: Govt to LS