Business activity in India’s services sector is losing steam after the initial rebound. India Services Business Activity Index declined to 55.2 in September from 56.7 in August, the latest data published by IHS Markit showed.

A reading above 50 indicates expansion and below the threshold it points to a contraction. The headline index remained in the expansion zone, but it is not of much comfort because of the looming threat of a potential third wave.

“The headline fall was much more modest than we expected, but we reckon the steady drop in the purchasing managers’ index (PMI) will continue, as reopening stimulus is further exhausted,” Miguel Chanco, senior Asia economist at Pantheon Macroeconomics, said in a note to clients.

The ongoing pace of vaccination is also not fast enough to translate into a quick recovery in discretionary services related to travel and tourism. New export business contracted for the 19th month in a row and at a rate that was the quickest since May, said the survey report.

Vaccination coverage in India is still very low, with less than 20% of the population fully vaccinated so far, said Darren Aw, Asia economist at Capital Economics Ltd. “While the roll-out has recently shifted into higher gear, it still isn’t proceeding fast enough to mitigate the threat of further virus waves. If a further outbreak does occur and restrictions are consequently tightened once again, firms in the services sector would again be hit the hardest, especially those that are dependent on physical interaction such as retail and leisure,” he said in a report.

Pantheon Macroeconomics’ Chanco shared a similar concern. “Mobility indicators show that levels of footfall in India are not too far from the pre-pandemic norm. Crucially, the return to normal could stall in the short run, until more visible progress in vaccination rates is made,” he said.

Little wonder then that business confidence among Indian services providers took a hit in September, largely because of worries related to input cost inflation. Input costs remained elevated and continued to rise for the 15th month in a row, the survey report showed. The price-related indicators show that firms are still very reluctant to pass on cost increases to consumers, said Chanco of Pantheon Macroeconomics.

Meanwhile, the composite PMI, which takes into account both the manufacturing and services reading together, remained unchanged at 55.3 in September as a rebound in manufacturing was offset by weakness in services Paras Defence shares surge 26% in 5 days. Should you buy now? 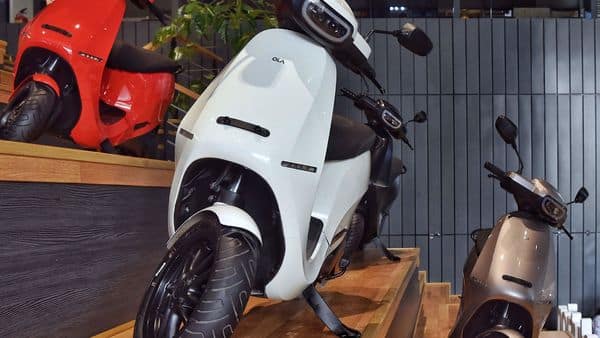 Ola Electric, the dark horse in the two-wheeler stable?