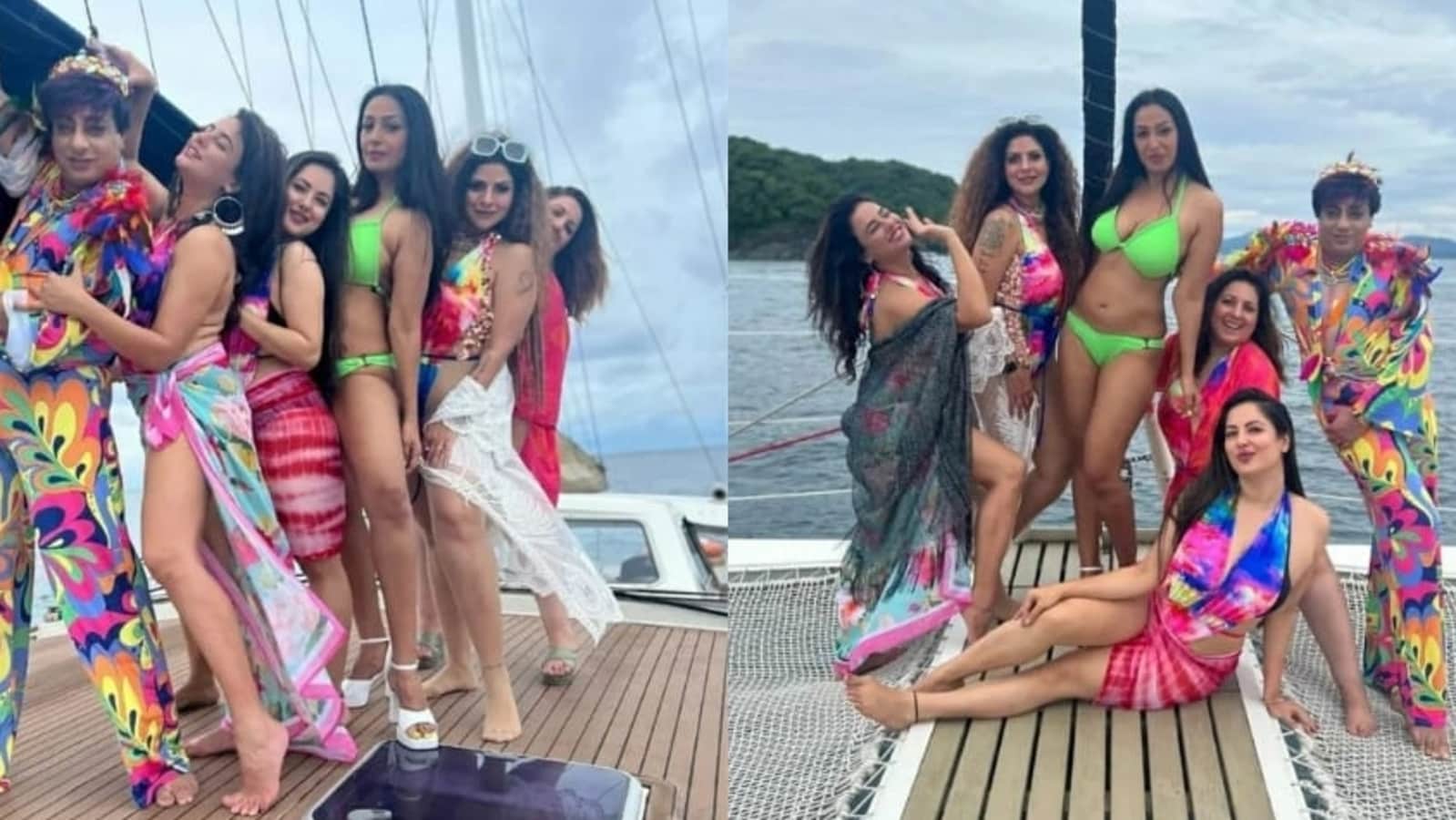 Kashmera Shah celebrated her 50th birthday in Thailand. The actor was joined by Tannaz Irani and their friends on the beach holiday. Photos and videos of Kashmera Shah and Tannaz wearing swimsuits and posing on a yatch with friends were shared online. Some other photos showed the friends partying near crystal clear water under cloudy blue skies. They also went for a tuk-tuk ride in some other pictures from their Thailand trip. Also read: Kashmera Shah calls herself ‘living proof that nepotism never matters’

In some of the pictures, Kashmera wore a neon green swimsuit as she posed with her friends, who were all dressed in colourful beachwear. In another group picture from their yatch outing, Kashmera, Tannaz, and their friends, including fashion designer and Bigg Boss 3 contestant Rohit Verma, stood in a line, one behind the another.

The friends were also seen laughing and posing with each other during another outing near a beach. Kashmera wore an orange swimsuit with a sarong, while Tannaz wore a pair of yellow shorts with a green printed top in the pictures. They both wore statement sunglasses for their day out.

Birthday girl Kashmera took to Instagram on Monday to share a photo of herself on a yatch. She wrote in the caption, “I think I look better now than I did in my 20s. Thank you God. Love to all.” A comment on her post read, “Hotttttttttt.” Tannaz also commented on the photo, “Sizzling.”

Earlier, Kashmera had shared a birthday post thanking her friends. In the video, Kashmera walked around a yatch and gave a glimpse of her stunning sea view in Thailand. She wrote, “You gave me a birthday of a lifetime. It would be silly to say that I just love you because you know that you are my entire universe so from the bottom of my heart, I absolutely am crazy about you @krushna30 and by the way the heart in the video is for you. So here is rocking my 50s with the best gal gang there is @rohitkverma @saraarfeenkhan @tannazirani_ @munishakhatwani @banerjeepuja.” Actor-husband Krushna Abhishek commented on her post, “Awww love you. You deserve it… anything for you.”

Tannaz also shared some solo photos of herself on the beach. She wrote in the caption of her Instagram post, “You bet. The sun. The sea and the sand. Make anyone feel good!” She wore a printed swimsuit and posed for the camera, while sitting on sand.

Kashmera made her acting debut with the 1996 film Yes Boss. The movie also starred Shah Rukh Khan and Juhi Chawla. She later appeared in several films such as Koi Kisi Se Kam Nahin, Pyar To Hona Hi Tha, Hindustan Ki Kasam, Kahin Pyaar Na Ho Jaaye and Aur Pappu Pass Ho Gaya, among many more. She was also seen in Bigg Boss 1. In 2009, Tannaz, too, featured as a housemate on the reality show Bigg Boss 3. 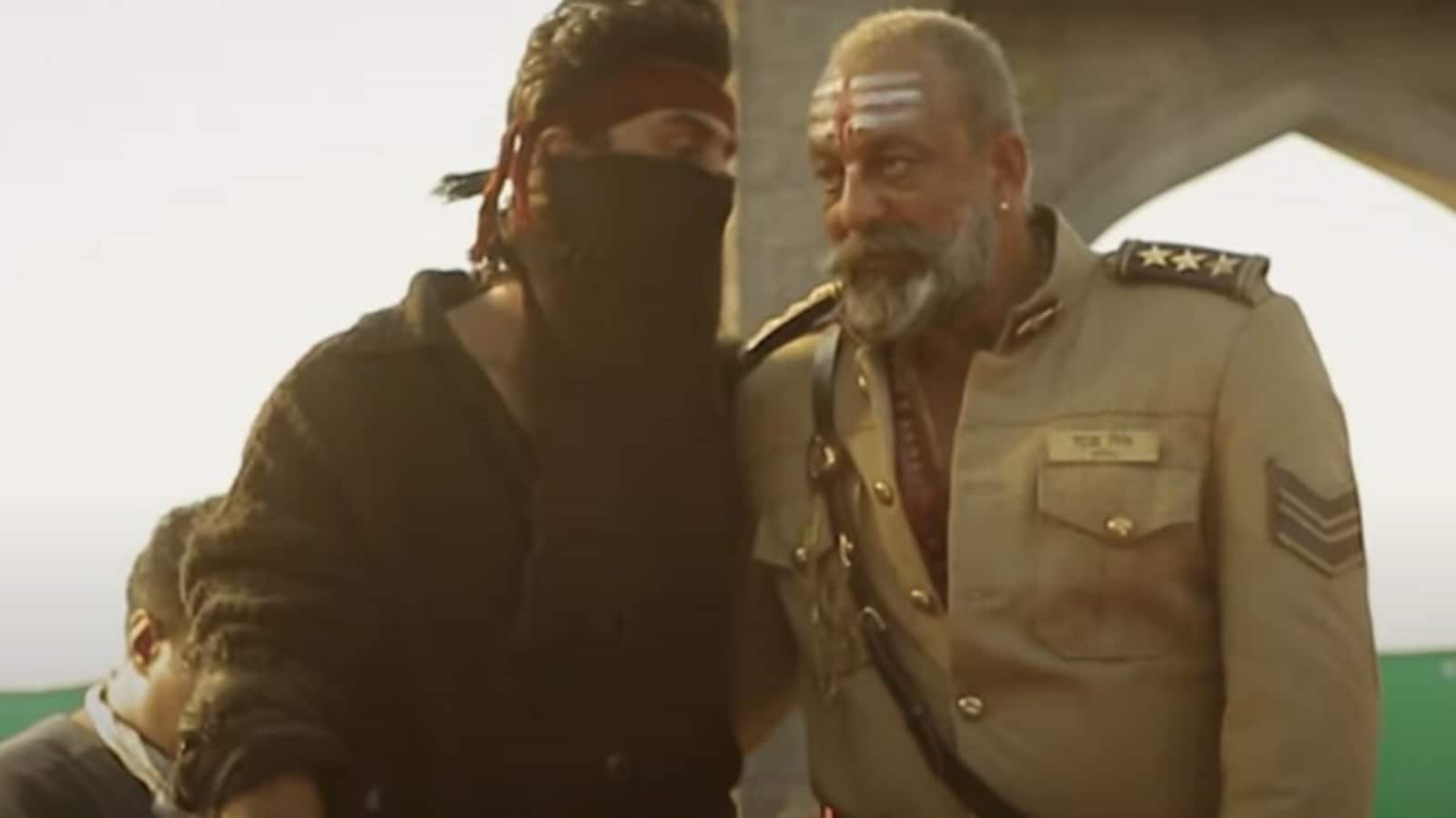 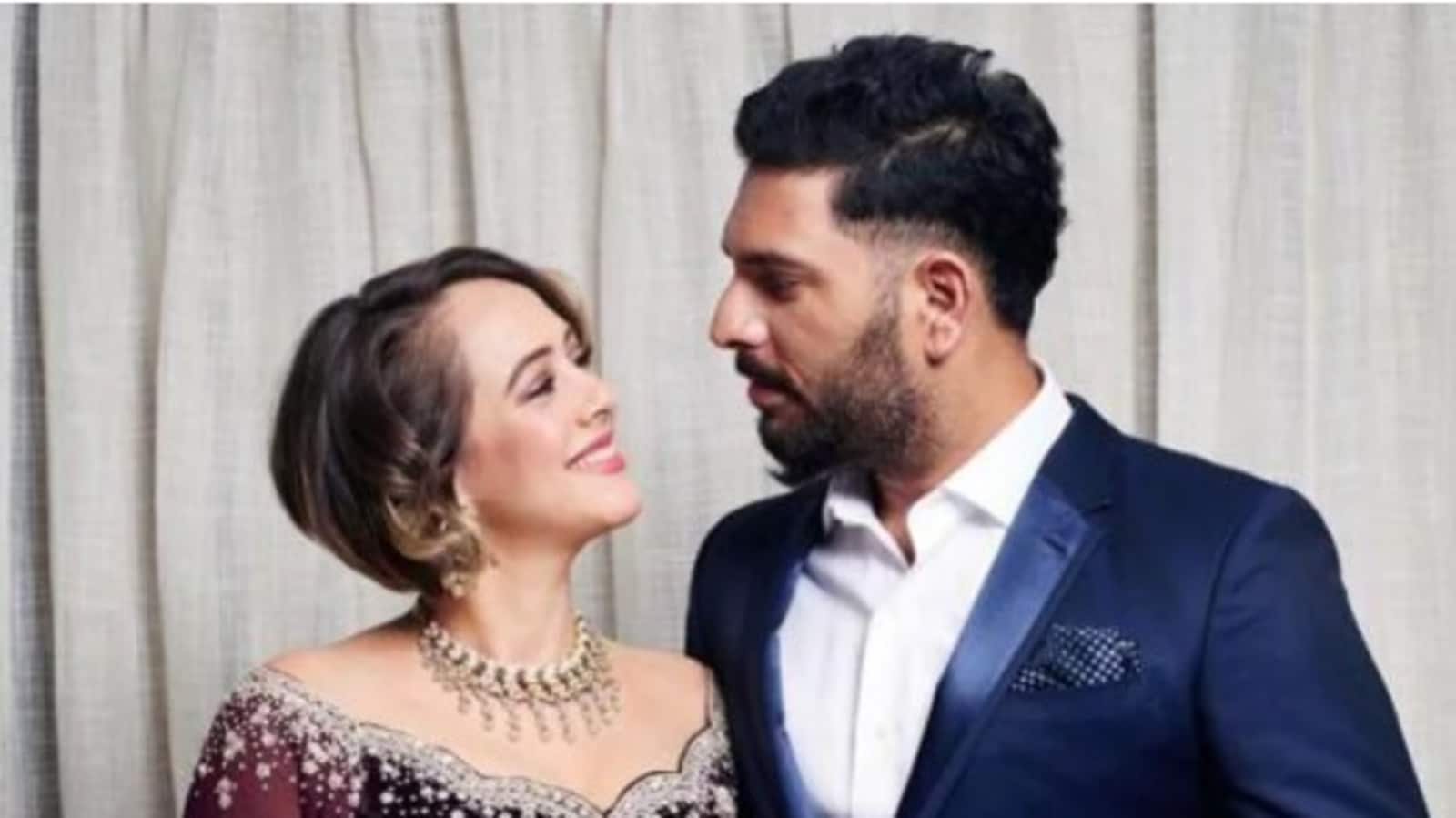 Hazel Keech, Yuvraj Singh welcome baby boy: ‘We are elated, wish you to respect our privacy’

A bar girl thanked me for marrying one in the film: Atul Kulkarni reminisces about Chandni Bar