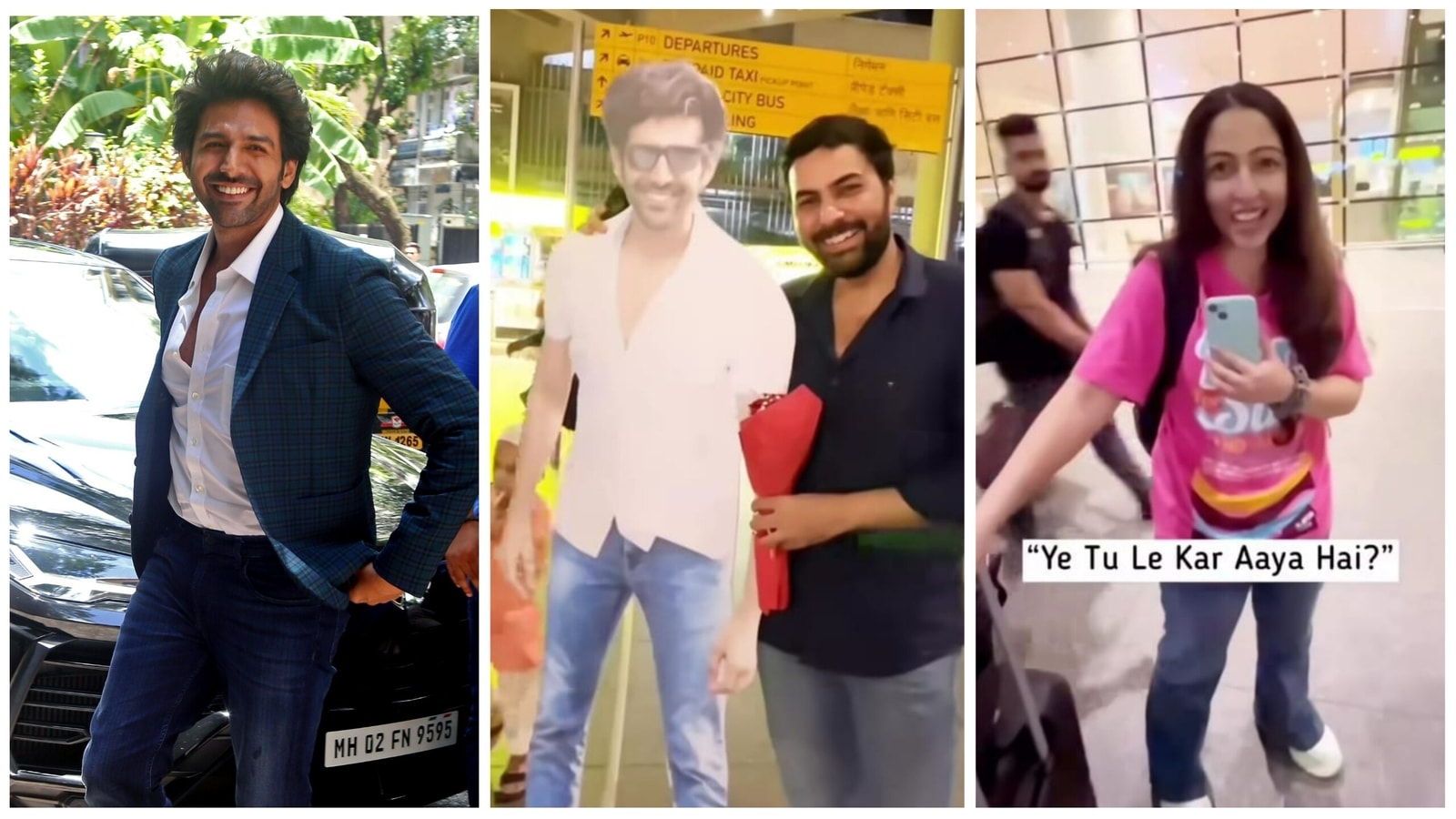 Kartik Aaryan was at the Mumbai airport to receive a fan on Saturday. Well, at least in spirit. A fan of the actor got a grand surprise as one of her friends brought a life-size cut-out of the actor to receive her as she arrived in Mumbai. The video of the funny exchange went viral soon and even caught Kartik’s eye, who shared it with a suggestion of his own. Also read: Fans throng Ahmedabad street to catch a glimpse of Kartik Aaryan, he reacts

A social media user by the name of Priyanka Trisal shared how her friend came to receive her at the Mumbai airport carrying a life-size cut-out of Kartik. “I wasn’t expecting this at all but hands down the best surprise ever,” she captioned the video. The video was reposted by paparazzo Viral Bhayani on his Instagram on Saturday afternoon. “This video of a boy carrying Kartik’s cut out to pick her friend from the airport shows what all people do for him and his connect with the people and mass is UNREAL,” read part of the caption.

Kartik reposted Viral’s post appreciating the fan’s gesture, and wrote, “Mujhe hi bula liya hota, Cutout ki kya zaroorat thi (You should have called me, what was the need for a cut-out). But a very thoughtful welcome.”

The video shows Priyanka exiting the airport as her friend waits at the arrival with Kartik’s cut-out. She revealed he did so because she is a huge fan of the actor. The video shows her getting embarrassed as she asks her friend in between fits of laughter, “You brought a Kartik board to airport.” Several fans of the actor were pleased by the gesture and the effort. One commented, “I will pass out if someone does this for me, I mean the efforts.” Another wrote, “This is so cute. My god!”

Kartik is set to be seen in the thriller Freddy, which releases on Disney+ Hotstar on December 2. The Shashanka Ghosh film also stars Alaya F. Kartik has two more releases lined up–Shehzada and Satyaprem Ki Katha. Both release in theatres in 2023. 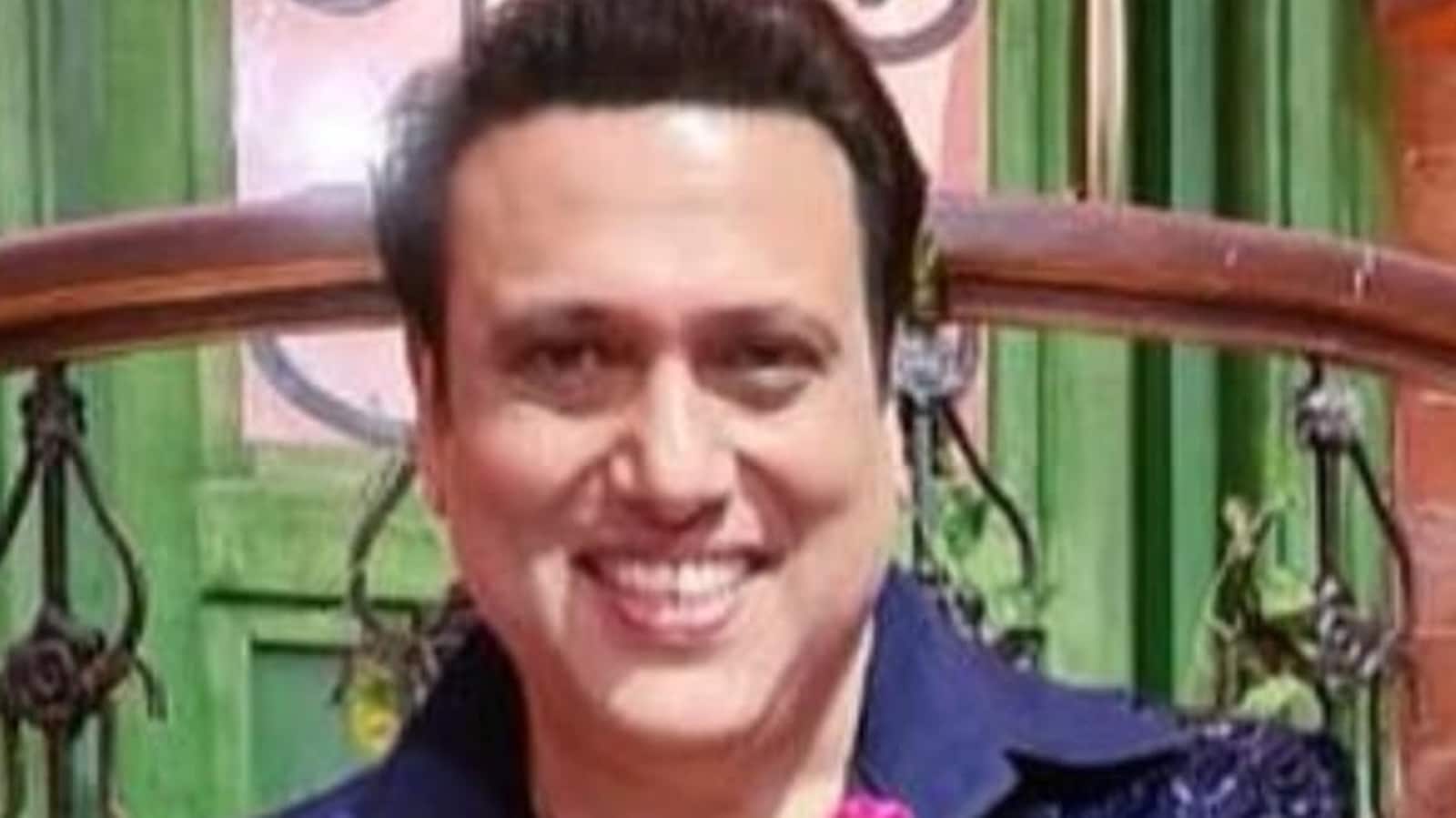 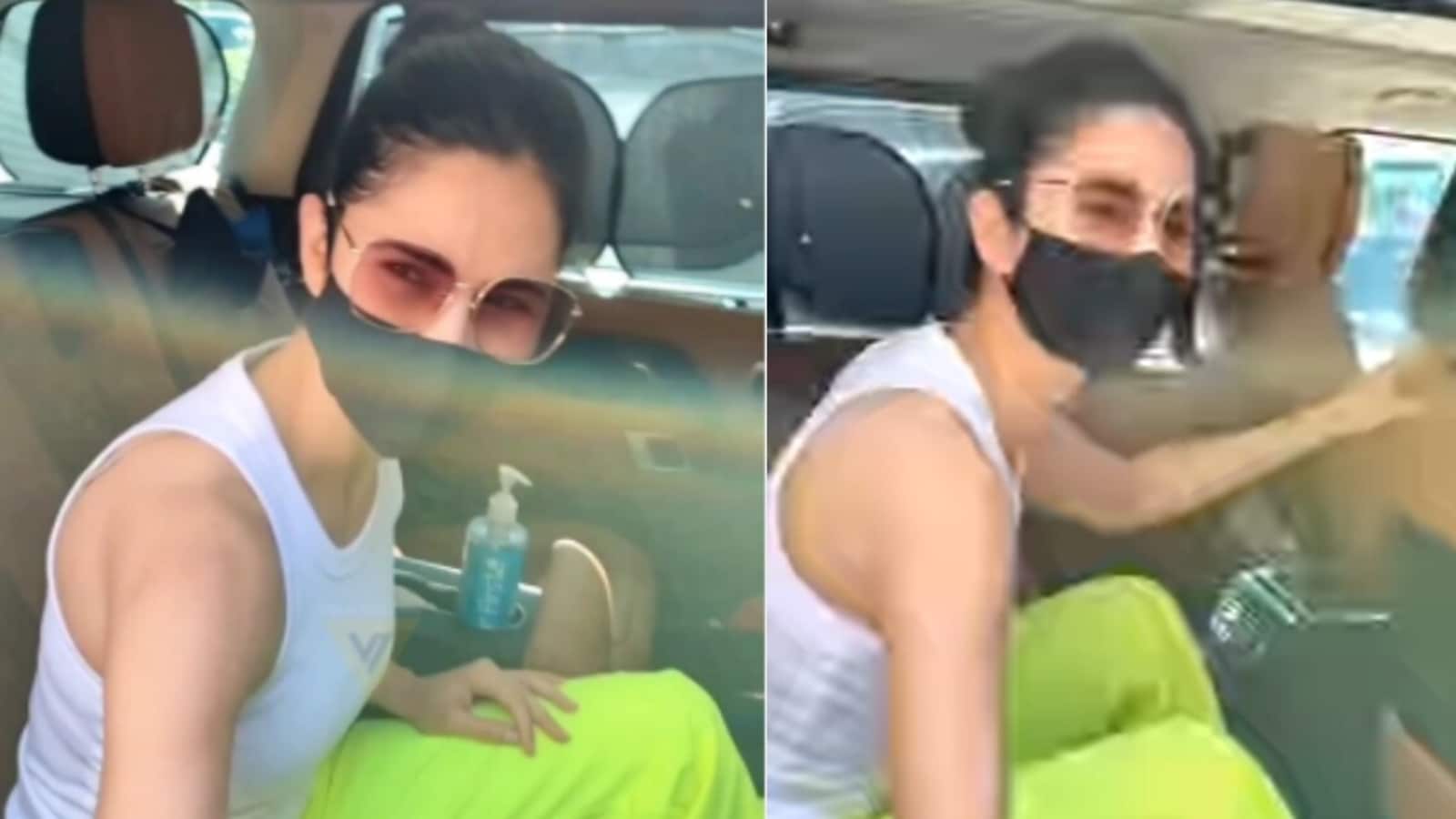 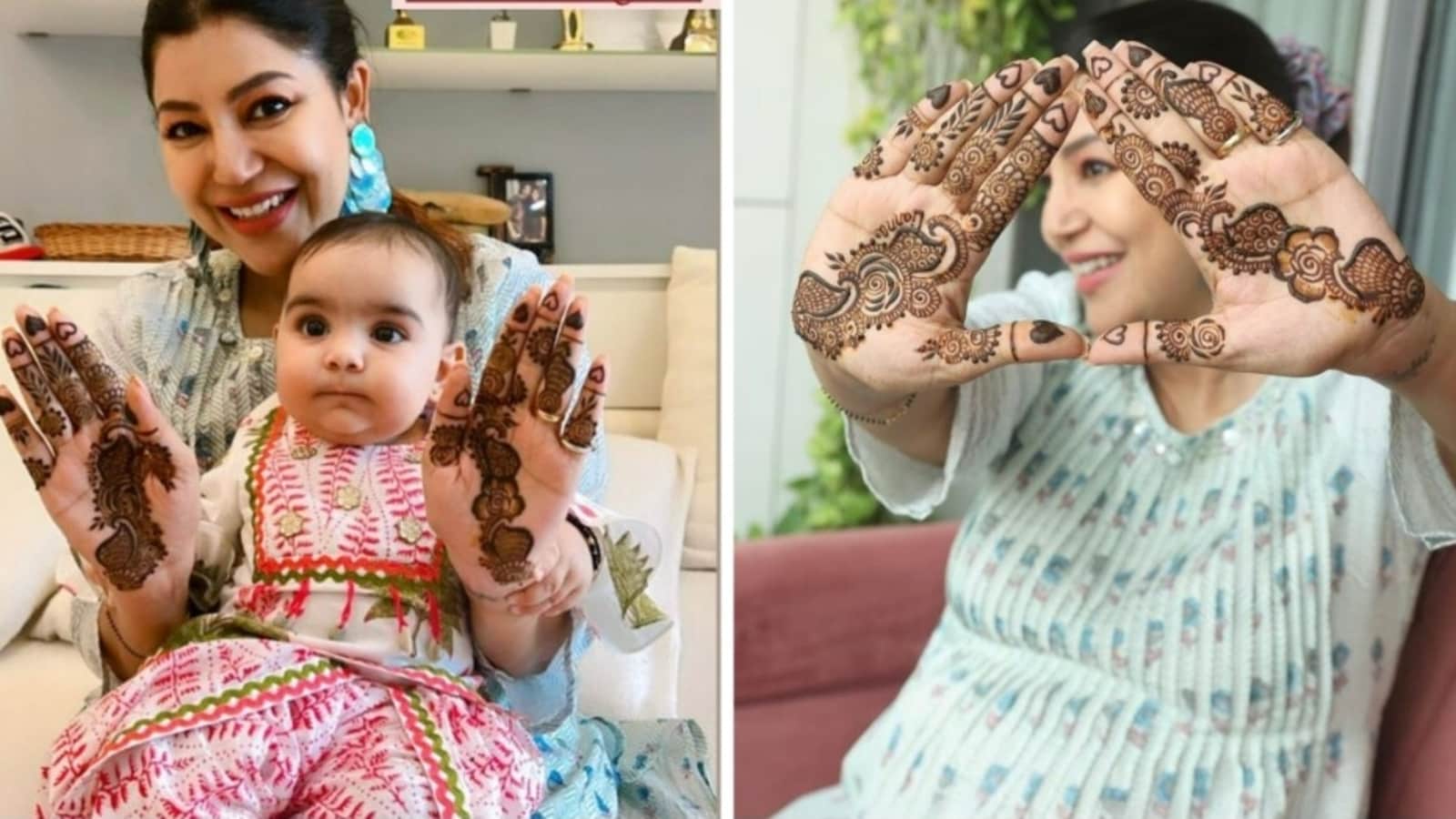