Women who do not wear the hijab as a matter of choice, or women in countries such as Turkey and France which prohibited wearing the hijab, do not “become any less Islamic” just because they don’t wear it, the Karnataka government told the Supreme Court on Wednesday while explaining why the practice will not qualify as an Essential Religious Practice (ERP).

“Today we have a large number of sisters and mothers belonging to the Islamic faith who, as a matter of choice, do not wear hijab. We have countries like France and Turkey which have prohibited wearing of hijab. But in both these situations, when a woman does not wear a hijab, she does not become less Islamic,” Advocate General of Karnataka, Prabhuling Navadgi, told a bench of Justices Hemant Gupta and Sudhanshu Dhulia.

The bench is hearing appeals against Karnataka High Court’s order dismissing petitions by some Muslim girls students of pre-university colleges in Udupi seeking the right to wear hijab in classrooms.

Navadgi said that these could be “some of the tests to understand if it (wearing hijab) is so compulsory, if it’s something so fundamental without which you are going to be a non-Muslim”.

“When we enter an educational institution, both students and administrators are governed by the education Act. It is a complete Act in itself and the question of violation of fundamental rights does not arise,” Navadgi submitted.

On details of the ban, he said, “We do not place restrictions on wearing hijab outside (classrooms). We do not prohibit them from coming to school without hijab even in school or college transportation. There is no restriction even on school campuses. The restriction is only inside the classroom”.

Referring to the Shayara Bano case, in which the SC held the practice of triple talaq unconstitutional, he submitted that mention in the Quran may make something religious, but whether that makes it essential has to be tested using tests already laid down by the court.

Navadgi said one of the arguments of the Muslim appellants was that those who do not follow the commands of the Quran will be answerable in afterlife. “It is too general to say so. The obligation must be provided in the text itself,” he said.

Asked by the bench why the State did not urge the High Court not to venture into deciding whether it was an essential religious practice (ERP), Navadgi said that at one point of time the state’s counsel were reluctant to interpret the Quran, but when the petitioners asserted that it was an ERP, “we only relied on Supreme Court judgments to say these tests are not satisfactory”.

Countering arguments that wearing the hijab is a fundamental right of expression, Navadgi said the appellants had not placed any material on record to establish the claim.

The court pointed out that the argument is if a girl can wear a hijab in a mall, how does she lose the right when she steps into the school compound.

Navadgi responded that “there is nothing like absolute freedom”, and that “every freedom can be restricted and controlled in the manner known under the constitution”.

Explaining the predicament of the school management when the controversy emerged, he said, “When it was asserted, it was asserted militantly — that we want to wear hijab as a religious symbol. And then there was opposition from another section of students. What do I do as a school principal? My primary concern is to run the school; to ensure there was no animosity, to bring the children together…not to decide whether it’s ERP”. 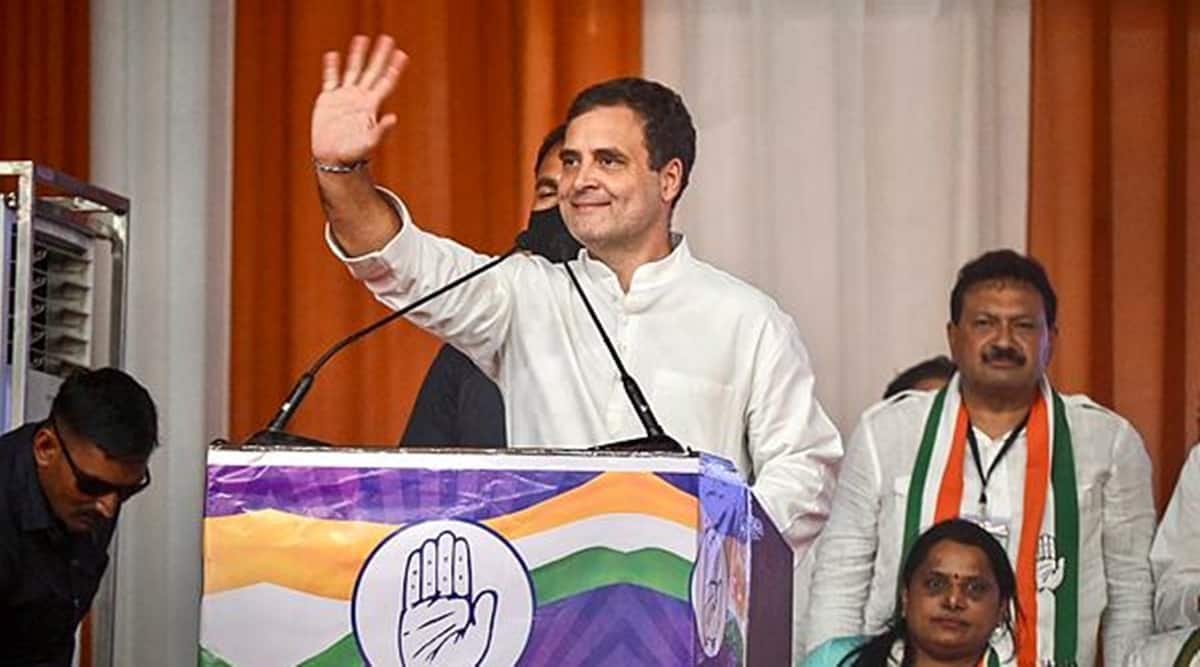 Bharat Jodo Yatra: All you need to know about Congress’s Kanyakumari to Kashmir rally