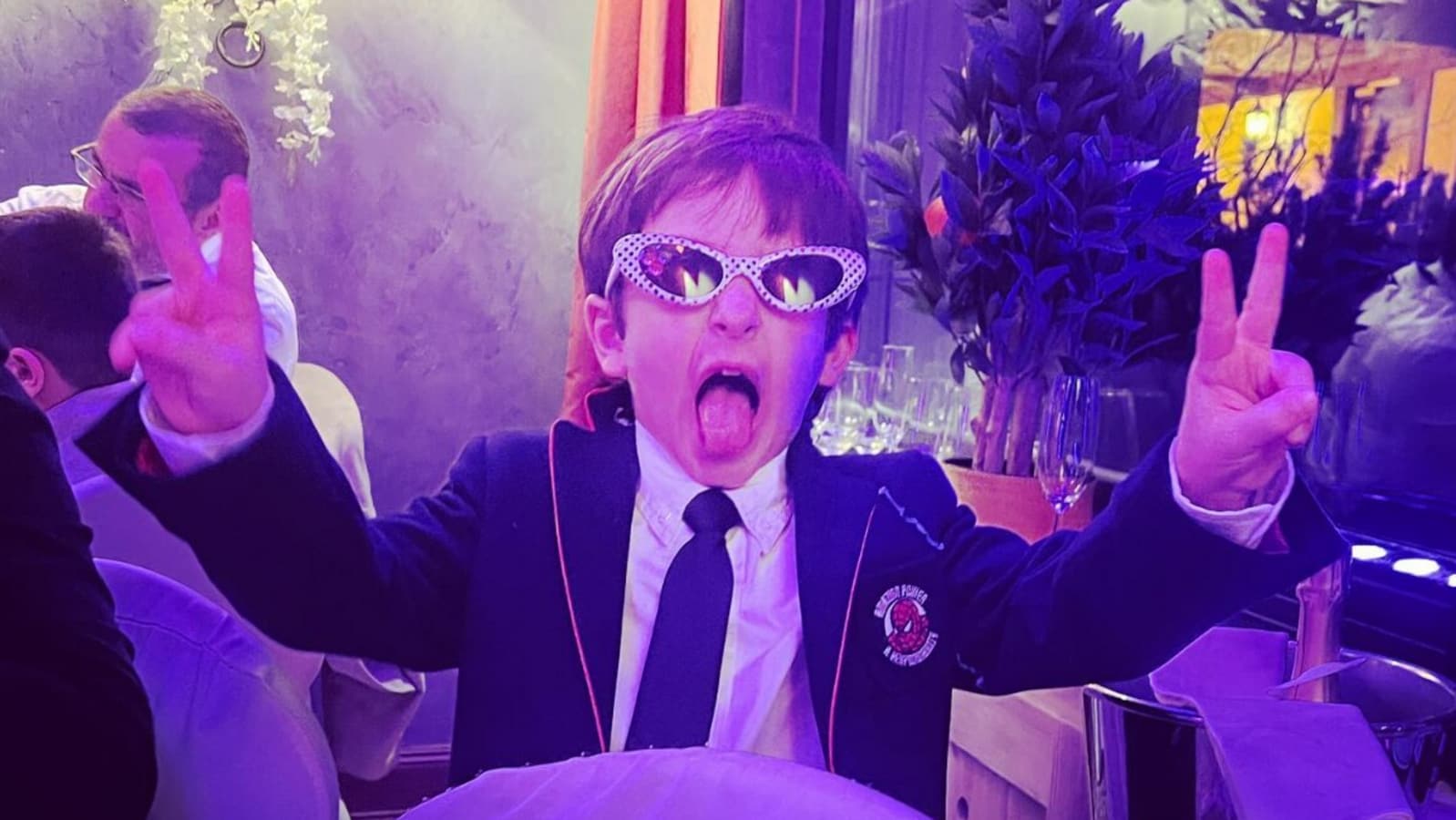 It seems like Kareena Kapoor and her family had a blast in Gstaad, Switzerland where they rang in the new year. After sharing a glimpse of her glamourous new year look, Kareena described her older son Taimur Ali Khan’s ‘mood’ in a new picture and it has impressed Karisma Kapoor among others. (Also read: Kareena Kapoor stuns in a high-slit dress on New Year as she celebrates during Swiss holiday with family)

In the photo, an excited Taimur is seen posing with his mouth open. The little one who enjoys rock music, also flashed peace signs with both of his hands. He looked dapper in a suit with Spider-Man on it. It appeared to be clicked during a private party on New Year’s Eve.

A few hours ago, Kareena shared photos of her New Year outfit. She wore an all-sequined green dress on the last day of 2022. Featuring a thigh-high slit, the dress came with droopy sleeves and a v-shaped neckline. She paired her look with high heels, a simple chain around her neck and had her hair tied.

The photo seemed to be taken inside the resort where the family celebrated the special day. Balloon-decorated walls and corridors also appeared in the background of the photos. Sharing them, Kareena wrote in the caption, “2023 I am so ready for you…(heart emojis) About last night.”

On Saturday, Kareena also shared a video clip of Taimur and revealed his skiing skills. Taimur was seen enjoying one of his skiing sessions in Gstaad on the snow. In it, he smoothly made his way through his ski runs. It read, “Gliding into 2023 be like.”

Kareena has been regularly sharing photos and videos from their family time in Switzerland. This is their first trip to Gstaad after welcoming younger son Jeh in February 2021. This is their annual ritual which was previously interrupted due to the COVID-19 pandemic.

Kareena, who was last seen in Laal Singh Chaddha, will be next seen in the upcoming Hansal Mehta’s untitled film, and Sujoy Ghosh’s remake of the Japanese novel The Devotion Of Suspect X. She also has Crew, alongside actors Tabu and Kriti Sanon. Siddhant Chaturvedi on Deepika Padukone being judged for her clothes during Gehraiyaan events: ‘I was really furious’ 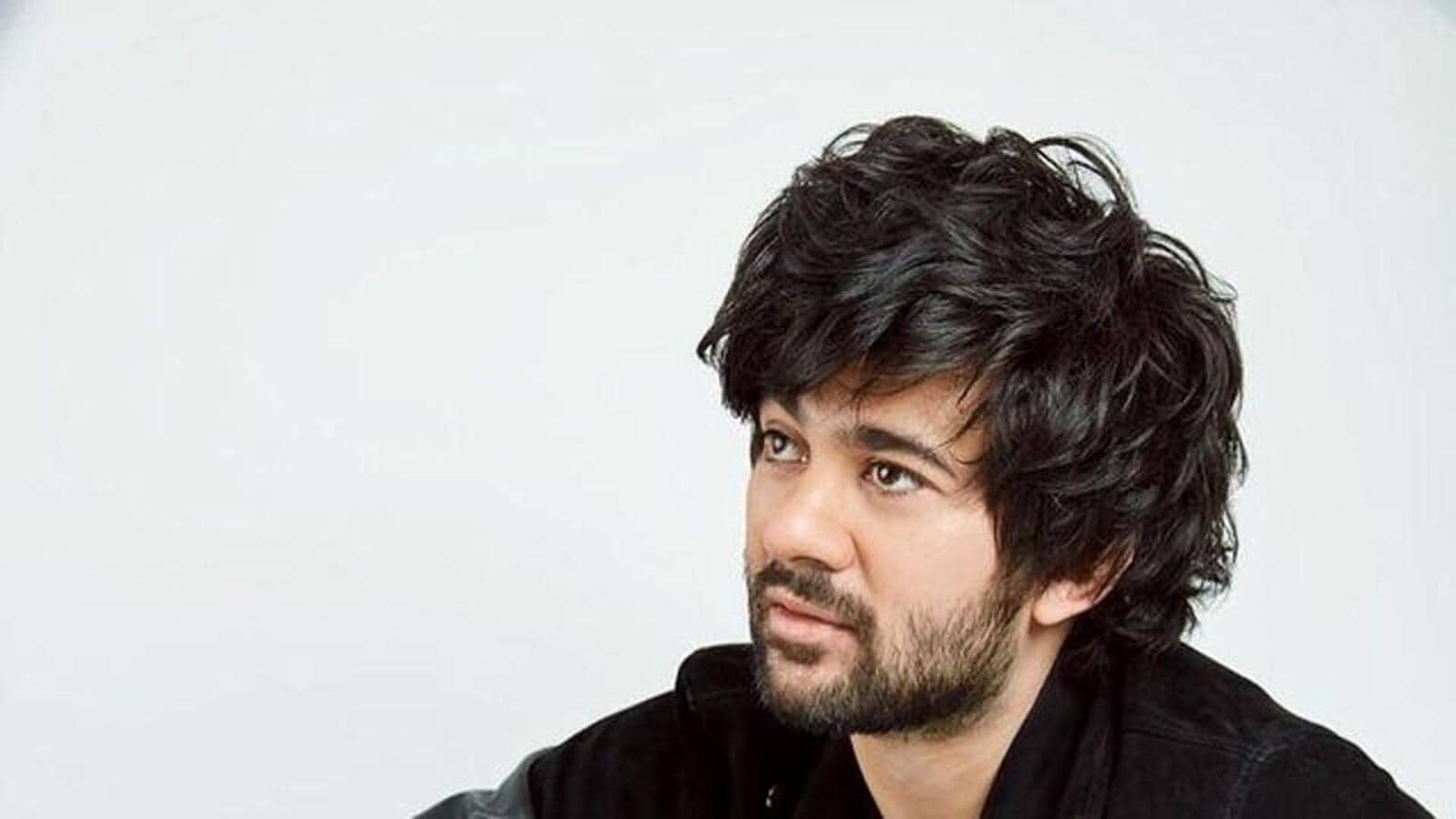 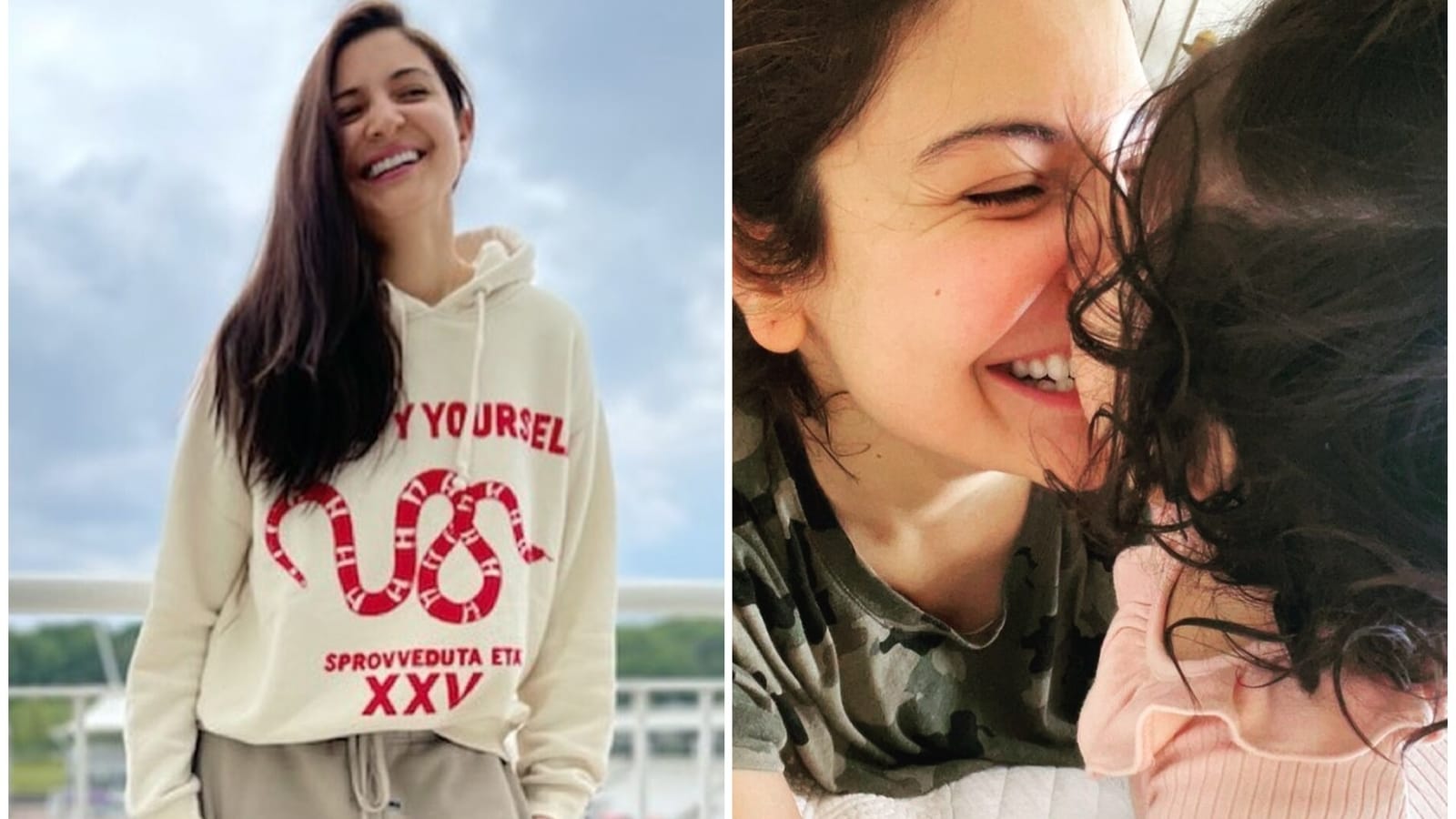