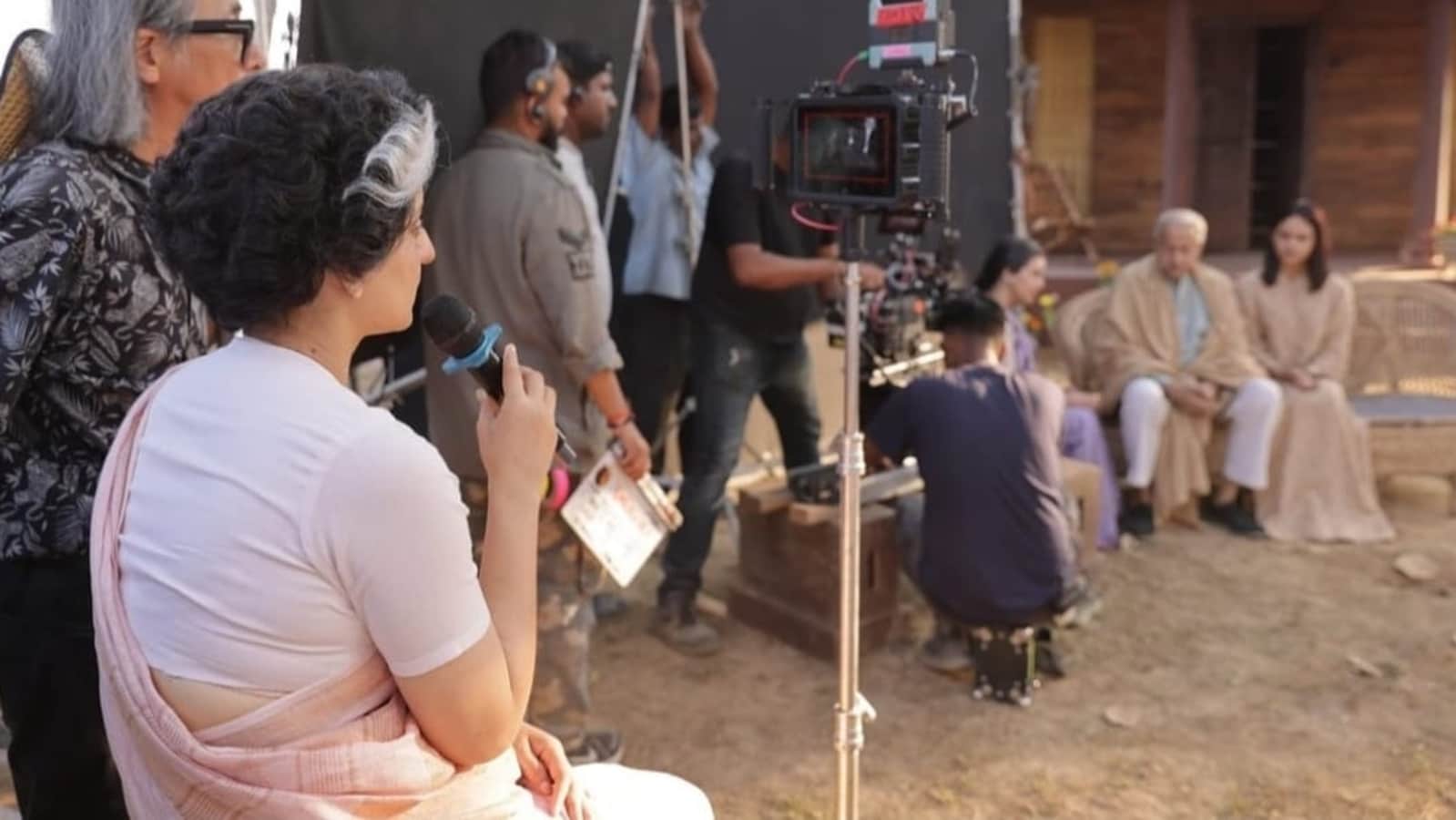 Kangana Ranaut wrapped up the shoot of her next film Emergency and took to Instagram to share some pictures from the sets. In her post, the actor-director said that she had to mortgage her house for making the film. In Emergency, Kangana will be seen essaying the role of late Prime Minister Indira Gandhi. (Also read: Kangana Ranaut clears ‘fake news’ about her film Emergency)

Kangana posted three pictures from the set, where she can be seen sitting behind the camera in her costume, hair and make-up as late Indira Gandhi, and speaking on microphone. In the caption, she mentioned how she had to mortgage all her property to make sure the film was complete. She also revealed that she had dengue during filming the first schedule. In the post, Kangana expressed gratitude for the crew and told her fans that she is in a ‘safe place’ now, so there is no reason to worry about her.

Kangana wrote, “As I wrap Emergency as an actor today… a tremendously glorious phase of my life comes to its full completion… It may seem I sailed through it comfortably but the truth is far from it… From mortgaging all my properties, every single thing that I owned to being diagnosed with dengue during the first schedule and having to film it in spite of alarmingly low blood cell counts, my character as an individual has been severely tested… I have been very open about my feelings on SM (social media) but I didn’t share all this, honestly, because I didn’t want people, who cared to worry unnecessarily and those, who desperately want to see me fall and were doing everything to make me suffer, I didn’t want to give them the pleasure of my pain…”

The actor, who is also directing Emergency, further wrote, “At the same time I want to share with you all that if you believe just working hard for your dreams or for what you want is enough, think again because that’s not true… You must work hard that’s given even if you are worthy you will be tested beyond your limits and you mustn’t break… Hold on to yourself till you can … you are fortunate if life spares you but you are blessed if it doesn’t… if you break and shatter in pieces… celebrate… because it’s time for you to reborn… it’s a rebirth for me and I feel alive like never before. Thanks to my tremendously talented team for making it happen for me… PS: all those who care about me please know that I am in a safe place now… I would have not shared all this if I wasn’t… please don’t worry, I only need your blessings and love.”

Kangana announced her film Emergency in 2021. It is written by Ritesh Shah, who also penned Kangana’s last film Dhaakad, which failed at the box office. Besides Kangana, actors Anupam Kher, Milind Soman, Mahima Chaudhry, Satish Kaushik and Shreyas Talpade will also be seen in key roles in the film. Shooting for Emergency began in June this year. Recently the film’s team wrapped up the shooting schedule in Assam. 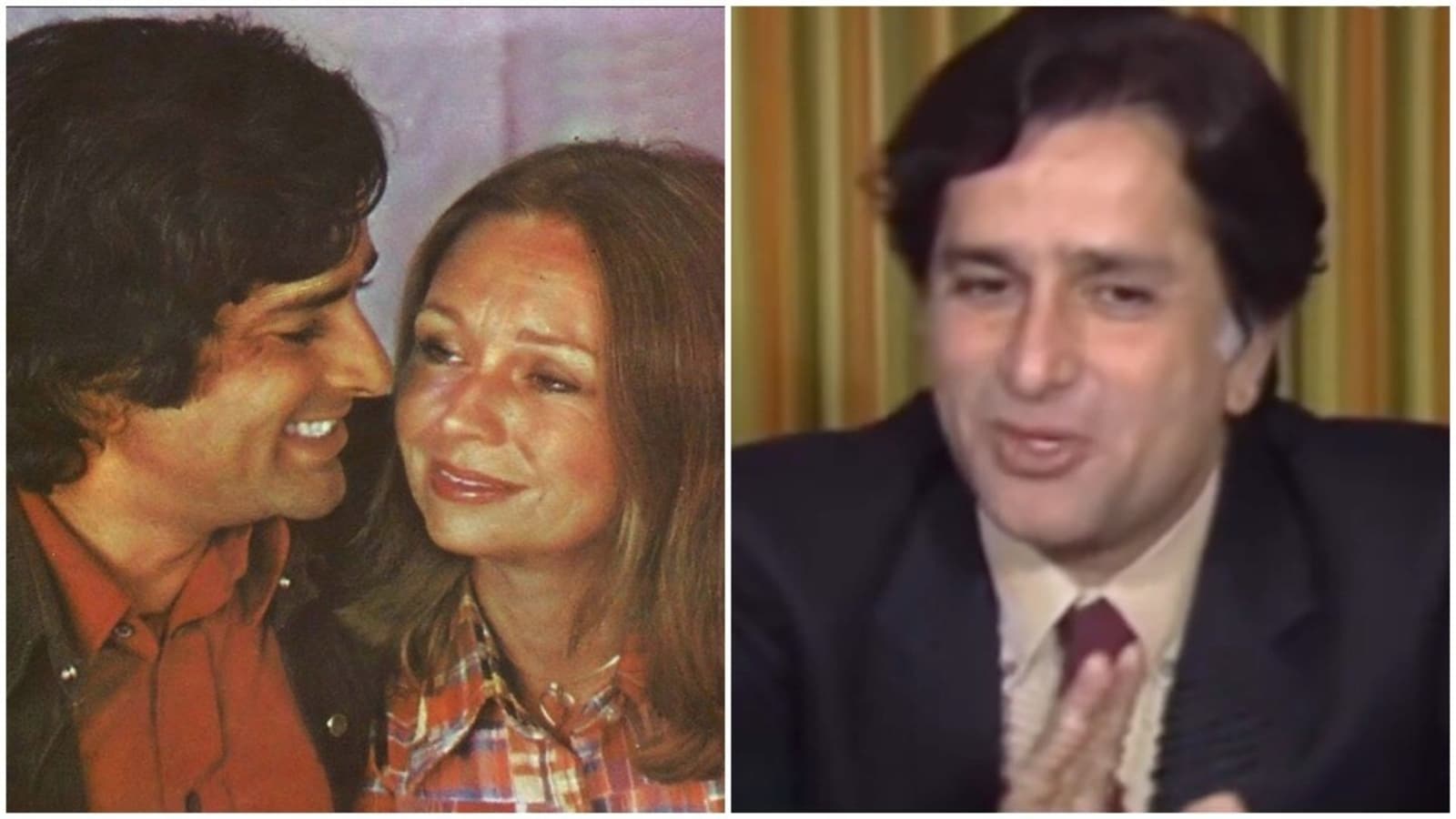 Watch Shashi Kapoor speak about beloved wife Jennifer Kendal in old interview: I told her we’ll be together in next life 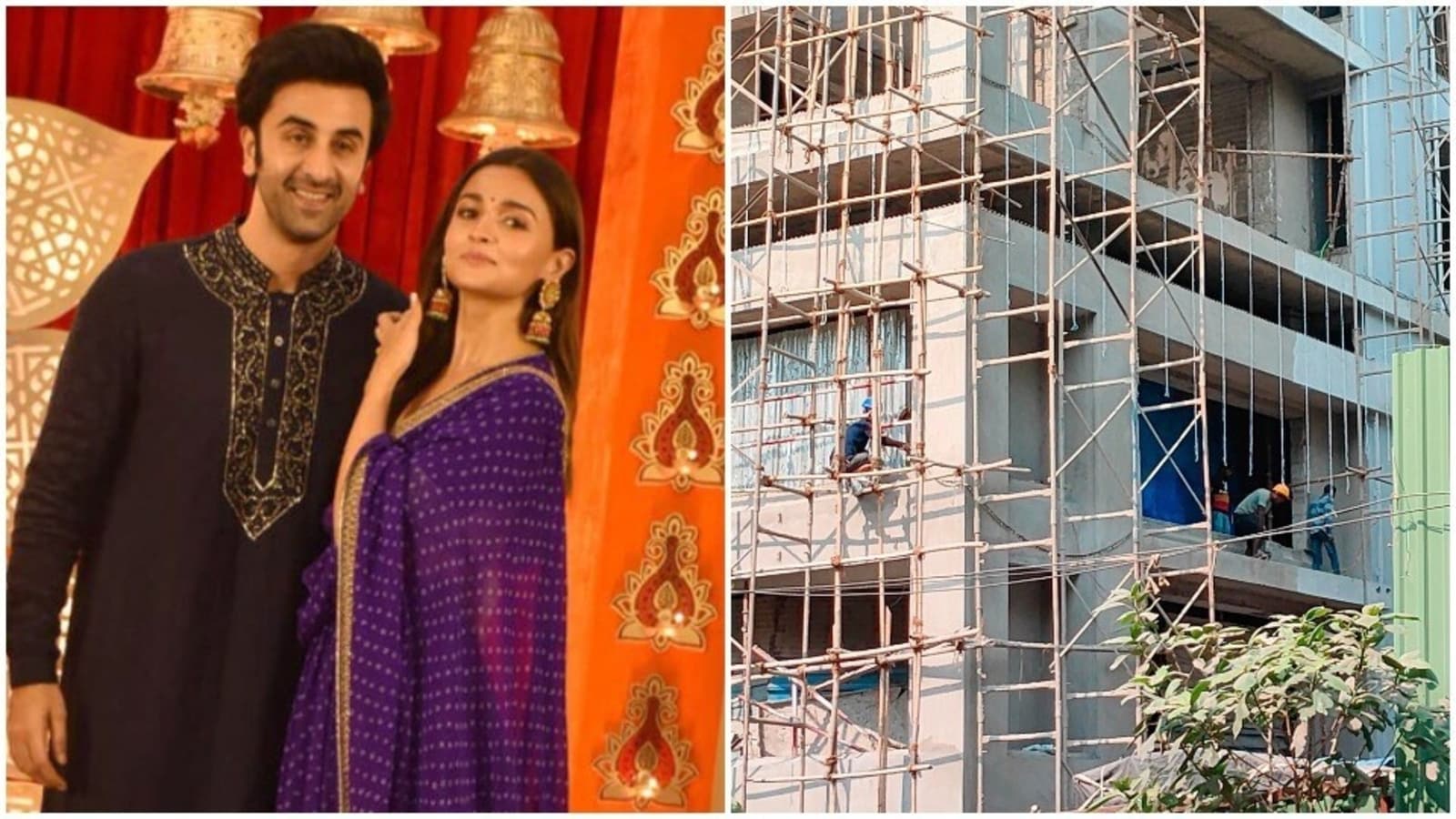 Ranbir Kapoor’s home decked up ahead of wedding with Alia Bhatt, fans want confirmation: ‘Anyway we wont be allowed’ Andrew Garfield did not have sex for six months, fasted till he lost weight as part of method acting process for Silence