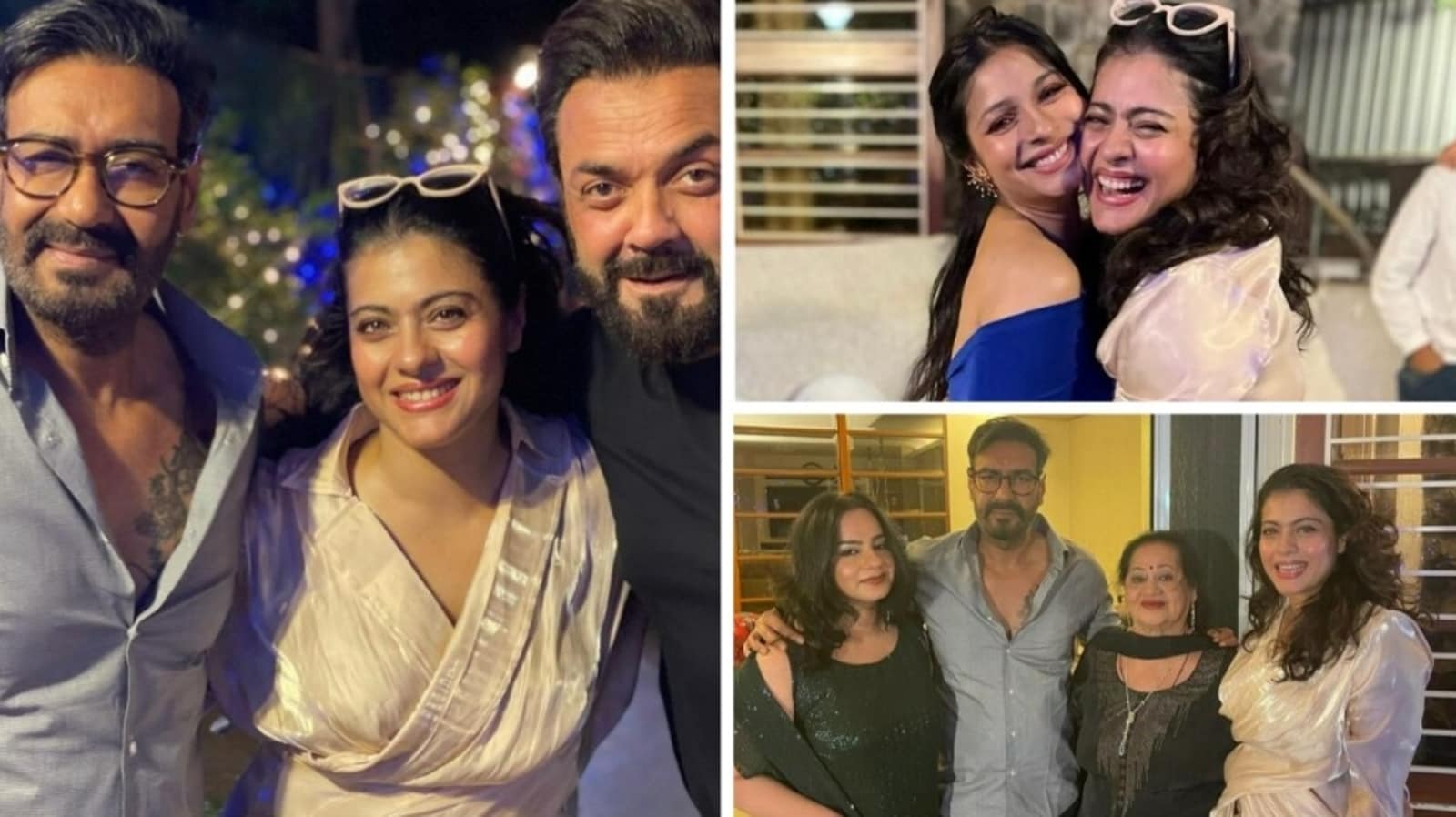 Kajol took to Instagram on Tuesday, and shared pictures from her New Year’s Eve celebration. She posted happy photos with actor-husband Ajay Devgn, actor-sister Tanishaa Mukerji, actor Bobby Deol, and Ajay Devgn’s sister Neelam, among others. All of them rang in new year together. Kajol was all smiles as she posed with Ajay, Tanishaa and Bobby, Ajay’s mother Veena Devgan, and others. She called them ‘loves ones.’ Many fans reacted to her ‘first post of the new year’ and extended warm wishes. (Also read: Alia Bhatt, Ranbir Kapoor throw pyjama party at home; ring in new year with Shaheen Bhatt, Aditya Roy Kapoor. See pics)

For the New Year’s Eve bash, Kajol opted for cream top and beige pants. She kept her hair open and wore cream coloured glasses. Husband Ajay was in a grey shirt and black pants. Her sister Tanishaa Mukerji wore an off shoulder dress for the occasion. Bobby opted for black. Kajol shared a happy picture as she hugged Tanishaa, while posing for the camera. In another picture, Kajol stood in between Ajay and Bobby as they smiled.

Kajol also posted a family picture featuring her sister-in-law Neelam and mother-in-law Veena. Veena and Neelam were dressed in their best traditional outfits. Ajay kept his hands on his sister and mother while looking straight into the camera. Kajol also shared a close up picture with Veena.

Sharing the pictures on Instagram, Kajol wrote, “First post of the new year is a recap of the last of the year.. to all my loved ones .. some really important ones aren’t in these pics but they know that I love them.. may blessings abound around to everyone..” She used ‘that’s all folks’ as the hashtag on the post. Saif Ali Khan’s sister Saba Ali Khan wrote, “Especially aunty and you! My favorite. Lots of love to you all.. .and a VERY VERY Happppppyyy 2023!!!”

Reacting to the new year post, one of Kajol’s fans wrote, “Happy new year 2023 queen and family.” Another fan commented, “Looking so beautiful.” Other fan wrote, “You are the definition of beauty.” Many fans dropped heart emojis on the pictures. Kajol and Ajay’s daughter Nysa Devgan was missing in the pictures as she partied with her friends in Dubai.

Kajol was last seen in the film Salaam Venky, directed by Revathy. It was released in theatres on December 9, 2022. She essayed the role of a strong mother of an ailing son. This year, she has Disney+ Hotstar’s web series, The Good Wife, the Indian adaptation of the American series featuring Julianna Margulies as a housewife. 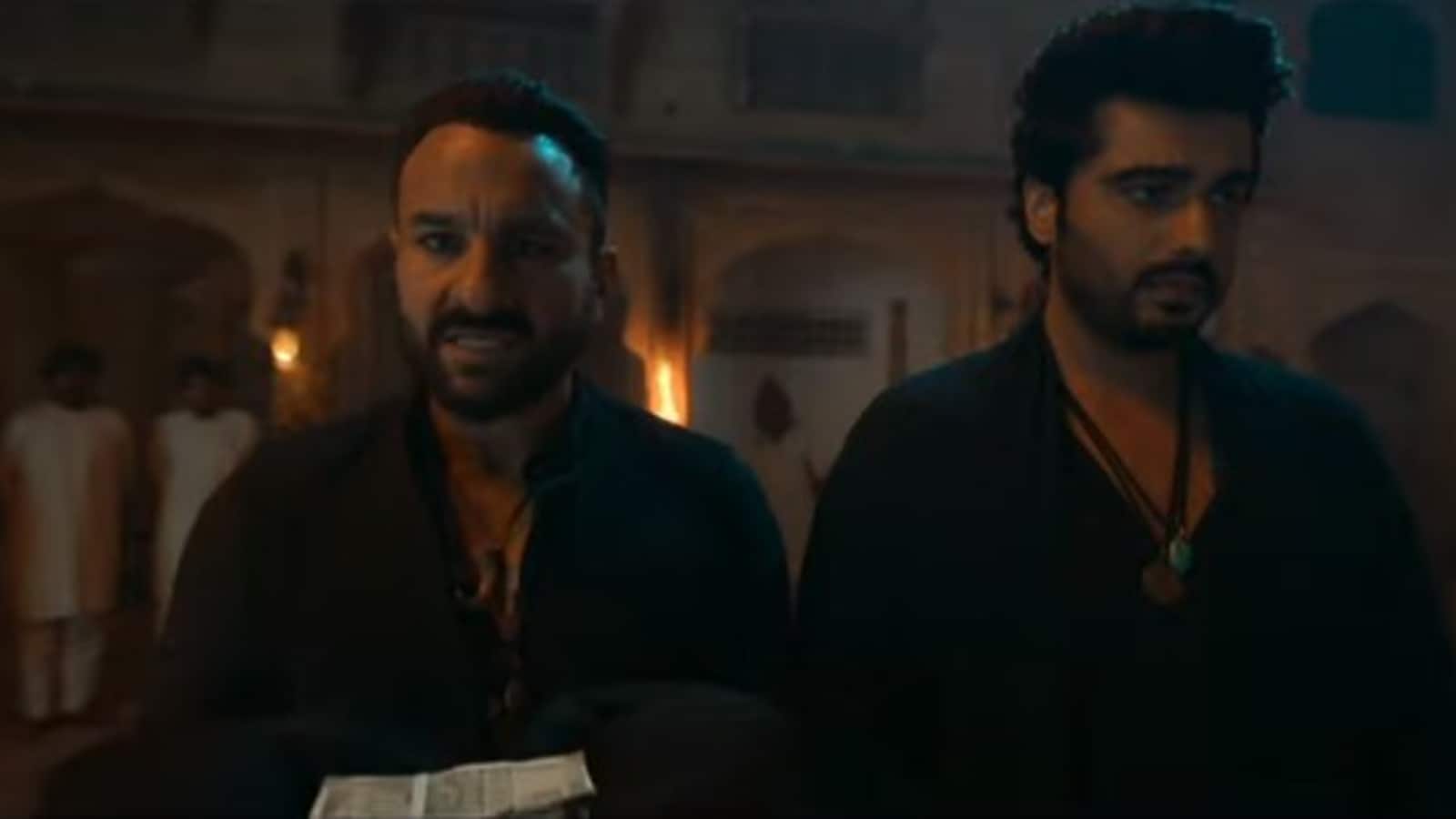 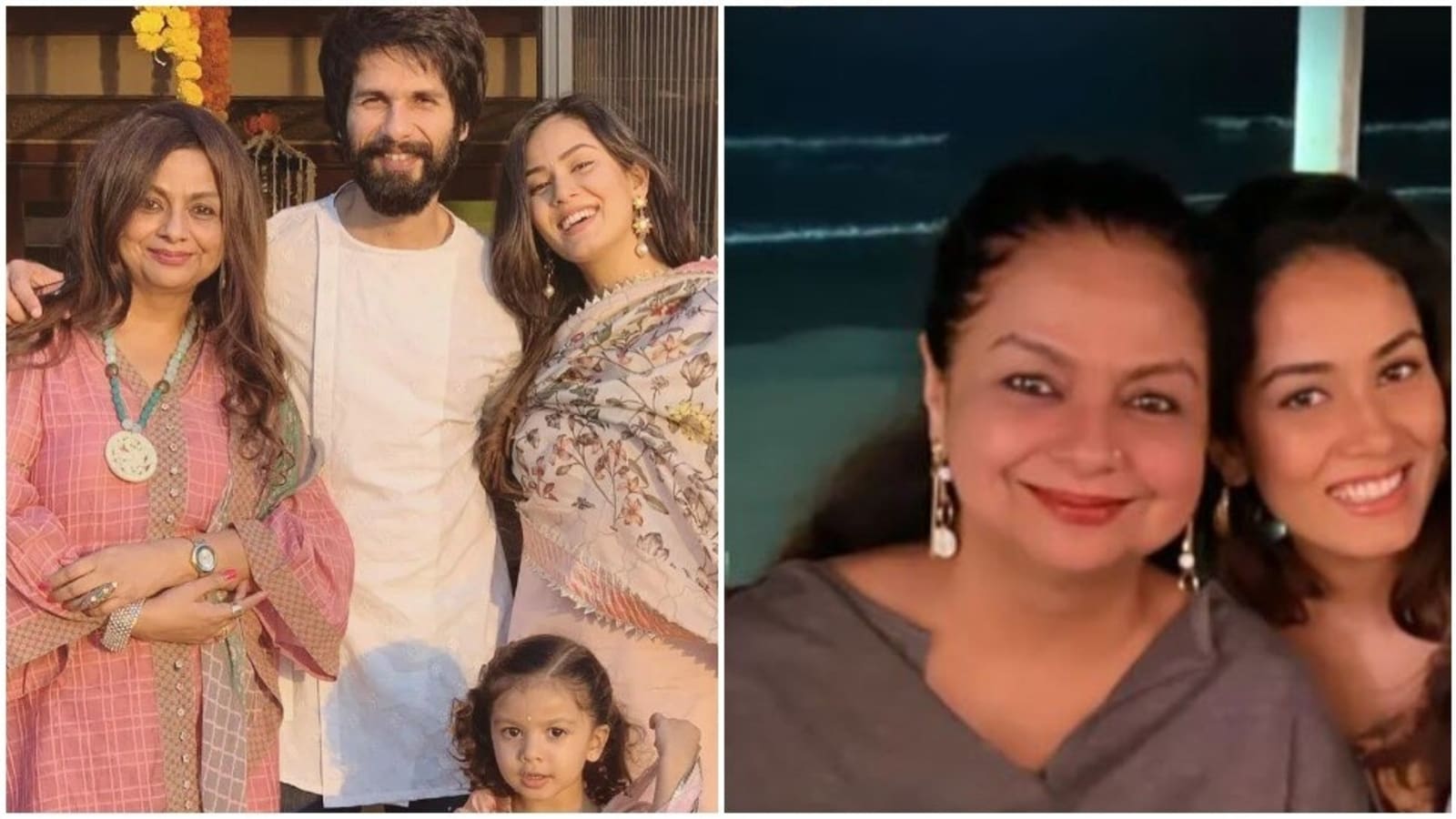 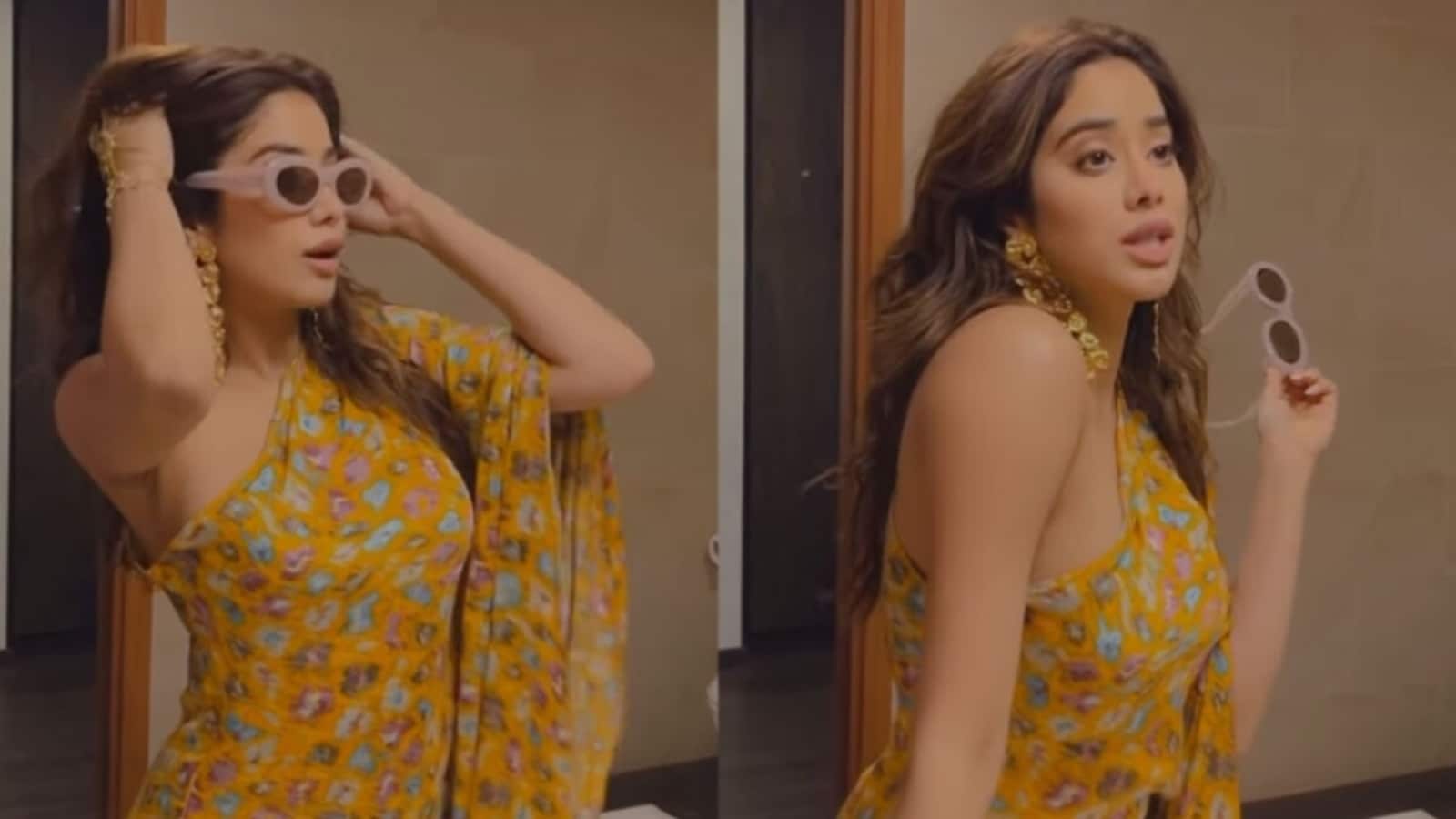 Janhvi Kapoor turns Poo to enact Kareena Kapoor’s K3G scene, asks if there can ever be a more iconic scene. watch