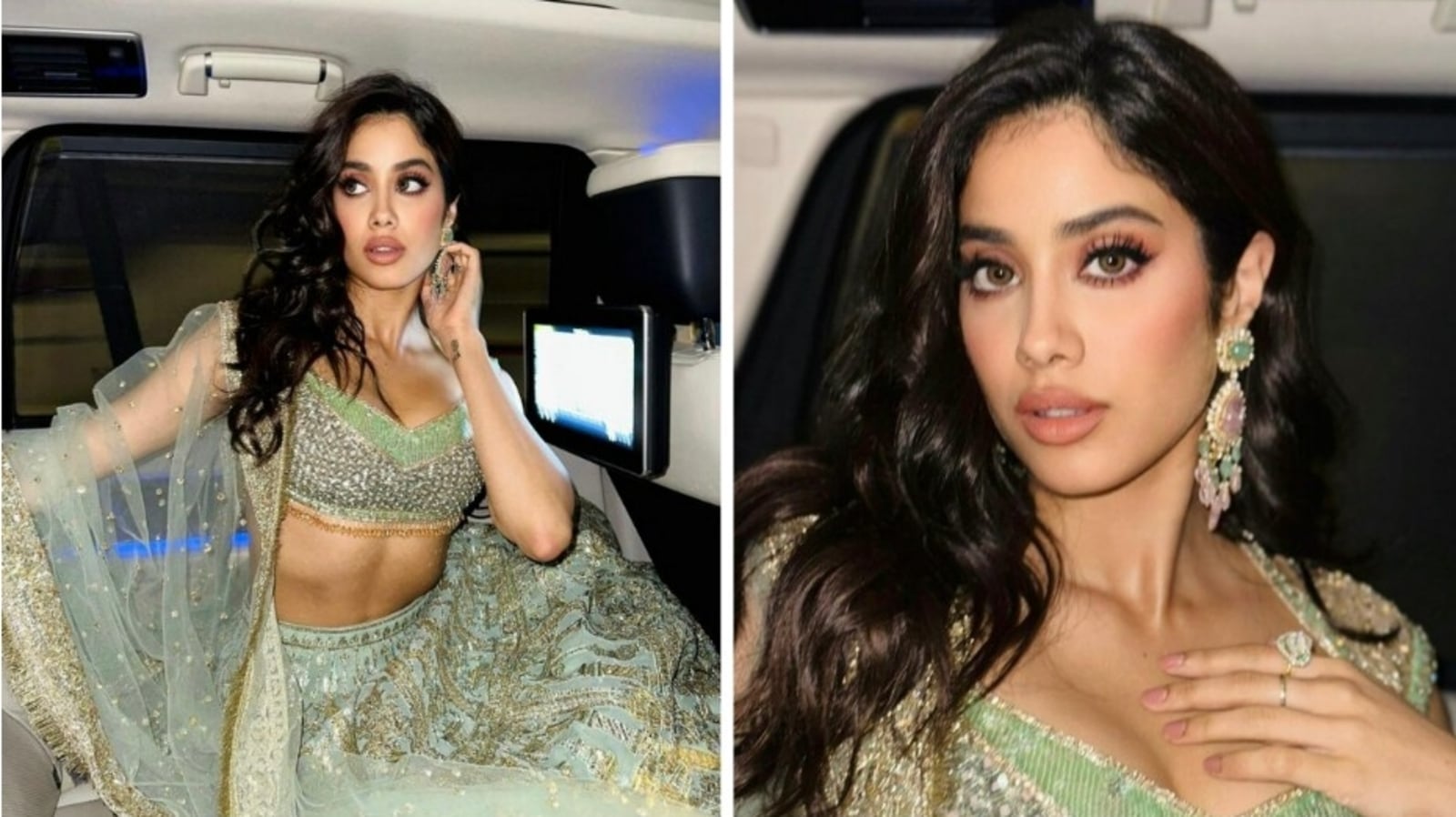 Janhvi Kapoor took to Instagram and shared some glamourous pictures on Friday as she decked up in glittery pastel green Indian outfit for Anant Ambani and Radhika Merchant’s engagement. She shared a series of pictures of herself which invited a sweet reaction from rumoured boyfriend Shikhar Pahariya. Janhvi marked her presence in the Ambani party with sister Khushi Kapoor along with many Bollywood celebrities like Shah Rukh Khan, Salman Khan, Gauri Khan, Aryan Khan among others. (Also read: Deepika Padukone-Ranveer Singh, Gauri-Aryan Khan more bring Bollywood glam to Anand Ambani’s engagement party. See pics)

Janhvi shared a couple of pictures. In them, she decked up in glittery pastel green lehenga with an embellished blouse for the engagement party. She wore matching earrings to complete her look. She struck candid poses for the camera. In one of them, she looked straight into the camera, as she sat inside a car. In another, she looked down and flashed her radiant smile.

Sharing the pictures, Janhvi ditched caption and added only a woman fairy emoji. Her rumoured boyfriend, Shikhar dropped heart and smiling face with red heart eyes emojis. Janhvi’s close friend Orhan Awatramani posted angel emoji. Reacting to the post, one of Janhvi’s fans wrote, “Sridevi’s second copy is daughter Janhvi Kapoor.” Another fan commented, “Aapki cuteness ka raaz kya hai ma’am (What is the secret of your cuteness)?” Other fan wrote, “Third pic, I can’t enough of that. My baby girl slays on different level.” A fan’s comment read, “Wow, you have lovely eyes.” For the engagement ceremony, Janhvi’s sister Khushi wore white lehenga and carried a small matching bag. The sisters held each other’s hands as they posed for the paparazzi.

Janhvi and Shikhar seem to be taking the relationship public. They have reportedly been dating but haven’t admitted it officially after they were on a vacation to the Maldives together. Recently, the couple was spotted leaving her cousin Rhea Kapoor’s residence together in a car. They also attended an event together in Delhi in December last year.

On the work front, Janhvi will be next seen in Bawaal with Varun Dhawan. The film is set to release on April 7, 2023. She also has Mr and Mrs Mahi with Rajkummar Rao as her upcoming project, where she will play the role of a cricketer. 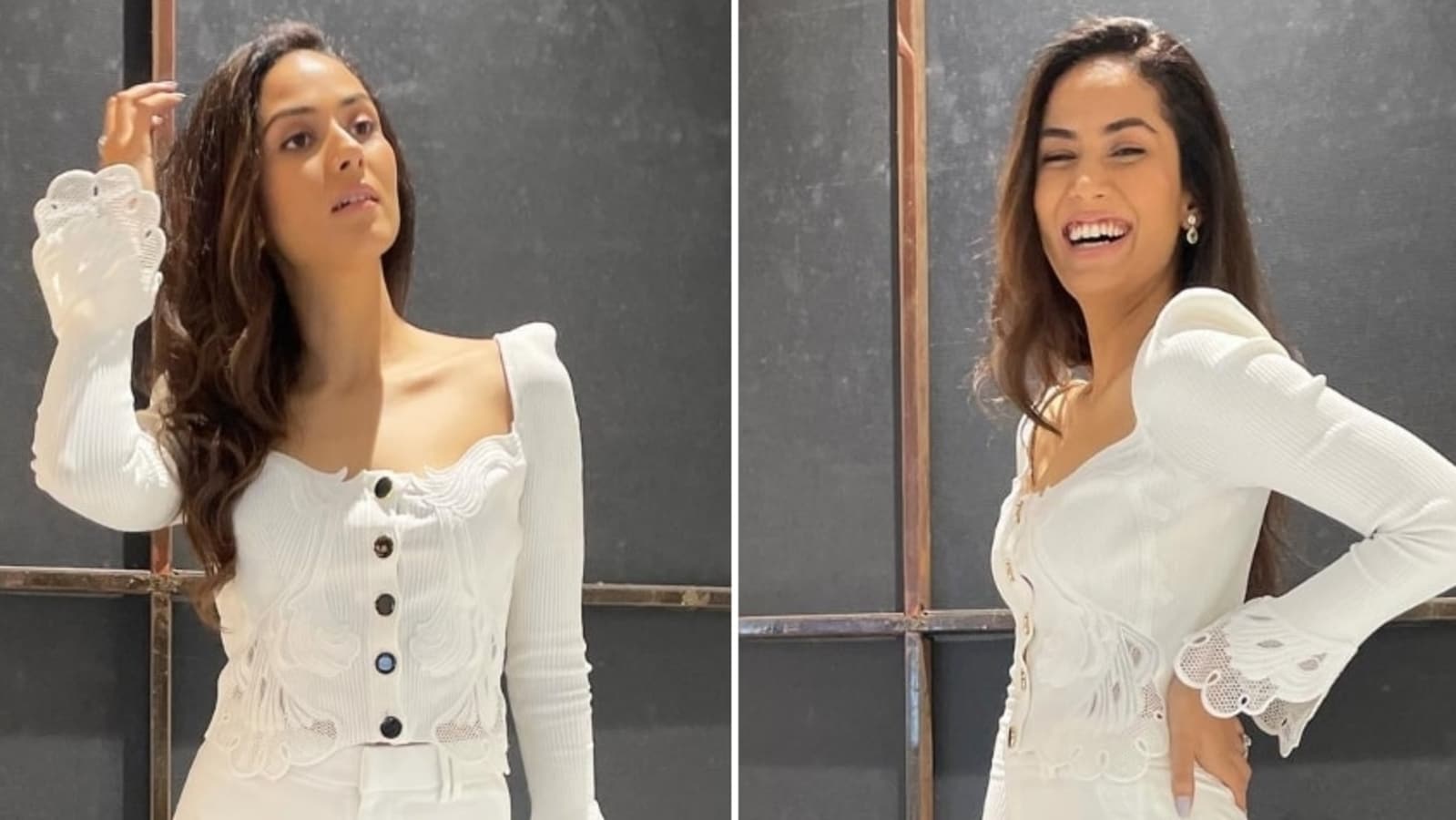 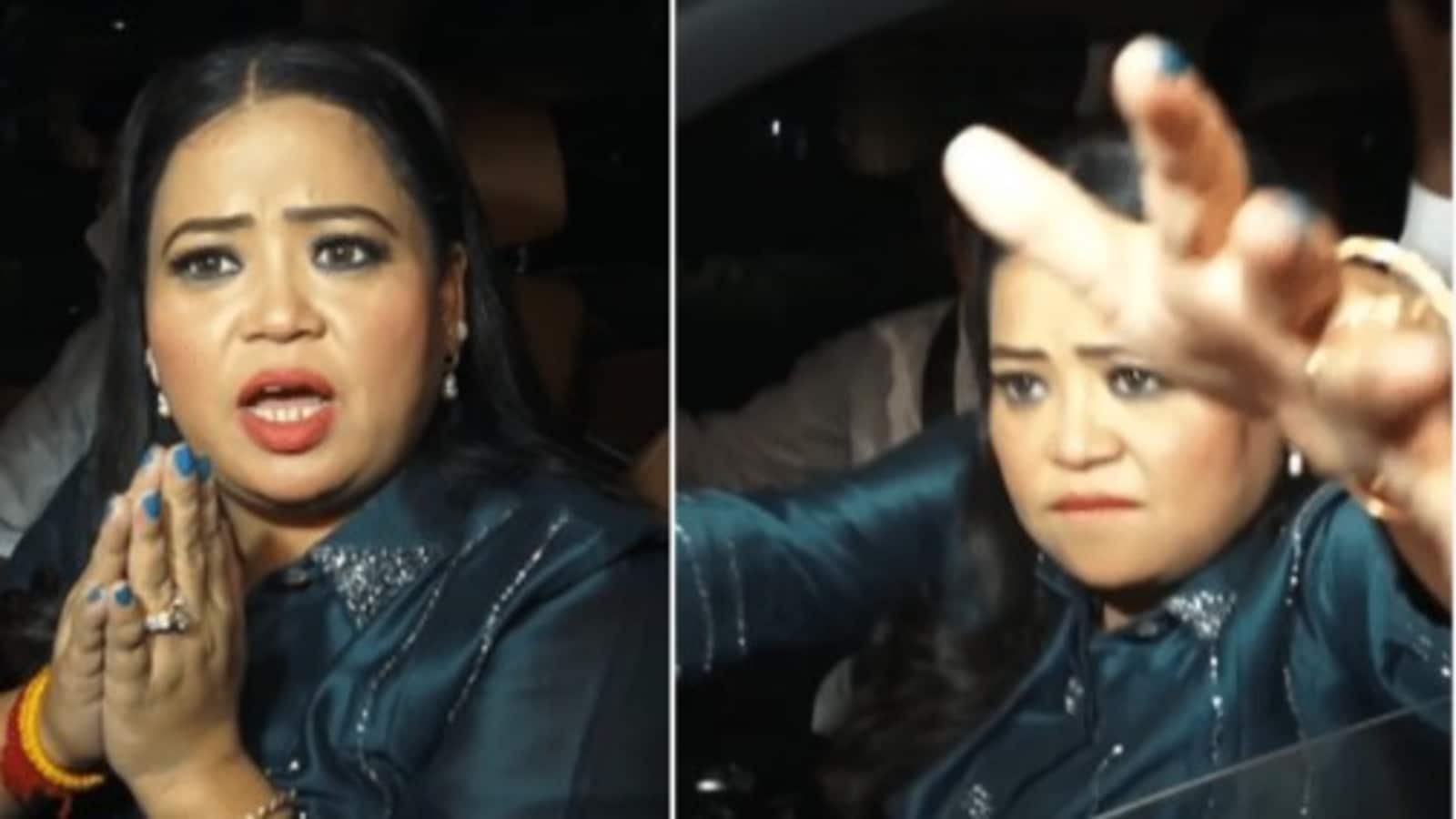 Pregnant Bharti Singh reveals whether she wants a girl or a boy, jokingly asks media to pay for her hospital bills