The brokerage is expecting a double-digit upside in these six stocks with target prices likely to be achieved in a 3-4 months timeframe. Thes six stocks are Power Finance Corp, ITC, Tata Power, NTPC, Siemens, and Chambal Fertilisers and Chemicals.

This government-owned company is the financial backbone of the Indian power sector. LKP picks PFC to play the changing face of the sector. The brokerage is optimistic about the company due to the resolution of legacy portfolios coupled with encouraging asset quality trends. Also, enforcement of discipline in the power sector through calibrated penalties on defaults by discoms alongside the incentivized clearing of old overdue is some of the positive tailwinds for PFC ahead.

LKP believes that the power sector is likely to be in strong focus ahead of the budget and also be one of the highlights of the session.

On PFC, LKP’s note further said, the company “has been stuck in a long consolidation phase for the past 6 years. The stock within the broad range now shows a change of polarity on the lower time frame with strong buying action since the past month.”

According to the brokerage, the momentum indicator RSI has surpassed the resistance of 70 and entered the strong buying zone which confirms the strength of the stock. Further, the 50 weekly SMA (daily moving average) stands at 118 which will act as a cushion for the bulls.

Hence, LKP has recommended buying PFC shares for a target price of ₹156/167 with a stop loss of ₹118. The duration is 3-4 months for the target price.

This FMCG giant is a diversified conglomerate that is seeing strong traction in all its business verticals thereby making the 25% ROE business an attractive proposition.

ITC is positioned in a sweet spot due to new product launches and positive tailwinds across its business verticals.

ITC is among the top performer in the entire FMCG space and is likely to continue to lead the sector in the coming months. LKP’s note said, the stock is trading in a strong uptrend with the higher high and higher low formation on all the time frames confirming the strong bullishness.

Momentum indicators such as RSI and ADX are in the strong buying zone which confirms the strength of the stock. Also, ITC is seen as an ideal combination of growth and dividend yield.

The Tata Group-backed company is the country’s largest power distributor in the private sector with a presence across the power value chain and is seen as an attractive bet to play Clean Energy and EV infrastructure.

In LKP’s view, the company’s de-leveraging and strategic roadmap on the renewables business should bolster its prospects ahead.

LKP’s note said that the diamond stock from the prestigious Tata Group had seen a strong up move past 2020 after a massive underperformance for 12 years.

Also, after a spectacular rally, the stock is showing a time correction for the past 1 year. The stock is forming a base and moving above 230 will confirm the breakout in the lower time frame.

On Tata Power, the momentum indicator RSI is entering the oversold territory and a bounce from there would be an ideal place to initiate fresh long positions.

NTPC, which is the country’s largest power producer with over 70 gw of capacity, is looking to quadruple its share of non-fossil energy from the present level of 10% in the next decade through its subsidiary, NTPC Green Energy.

Further, NTPC with a 25% market share is expected to transform itself from conventional energy into an ESG accretive energy company and its recent collaboration with Energy Vault is aimed at accelerating its energy transition goals. LKP believes its low cost of funds and aspirations in growing its RE portfolio would improve ESG score and boost investor confidence in NTPC.

The brokerage expects a decent rally in NTPC over the medium term. While recommending buying, LKP has set a target price of ₹180-200 on NTPC with a stop loss of ₹148.

LKP picks Siemens to play the upcoming Railway CAPEX theme on electrification and signaling. The company has a strong order pipeline in railways, metros, airports, and infrastructure projects which gives clear visibility going forward given its undisputed leadership in technology.

Traction has been witnessed across energy, mobility, and smart infrastructure positioning Siemens at the forefront.

Chambal stock has corrected substantially on account of higher subsidies from the government which together with the rupee weakening and the Russia-Ukraine conflict put pressure on its working capital and leverage position.

However, LKP picks Chambal to play the Agri theme ahead of the Union Budget given the assurance from the Finance Ministry regarding payment of subsidies and the company’s strong footprint in both Urea and NPK. 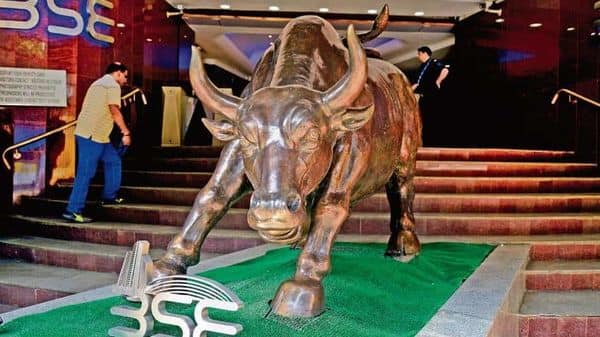 Multibagger stock surges ahead of record date for stock split