Crypto industry executives, however, claimed that a complete ban is unlikely given the mass adoption of crypto assets, with the government most likely to bring them under the oversight of local regulators.

While some media reports said the proposed ban would encompass all private cryptocurrencies, including their mining, holding and trading, others reported that the government may treat cryptocurrencies as financial assets.

The finance ministry did not immediately provide details about the draft law. A ministry official said one should wait for the bill to be tabled in Parliament.

Meanwhile, the world’s most-traded cryptocurrency, bitcoin, crashed to as low as ₹33,50,000 ( ₹33.5 lakh) on crypto exchange WazirX from a high of ₹46,35,371. In the global markets, bitcoin was trading around $56,800 ( ₹42.21 lakh), according to CoinGecko, a digital currency price and information data platform. Even tether, a stablecoin pegged to the dollar, traded at a discount of 25% in India. Other prominent coins such as ether, Shiba Inu and dogecoin also plunged by about 20% on Indian crypto bourses.

“On Tuesday night, we witnessed huge panic selling in our rupee market. It was primarily driven by the news of the crypto bill being introduced in the winter session of Parliament. The description of the note is the same as in January 2021, which induced immense fear in the minds of investors,” said Nischal Shetty, founder, WazirX.

Due to the frantic selling, investors on some exchanges, including WazirX, faced issues such as delays in accessing features such as trading and withdrawals.

However, the local crypto markets recovered later and were trading nearly in line with prices in global markets after some news reports claimed the government might consider allowing crypto trading for some investors.

On Tuesday evening, the government said it would introduce “The Cryptocurrency and Regulation of Official Digital Currency Bill, 2021″ during the winter session of Parliament beginning 29 November. The bill proposes prohibiting all private cryptocurrencies but allowing exceptions to promote the underlying technology and its uses.

According to industry insiders, the crypto bill wasn’t on the top of the government’s agenda around July, but events in the following months sped up its introduction.

The impetus probably came from the aggressive advertising crypto firms ran amid the Indian Premier League and the massive investment numbers they showed, said Sidharth Sogani, founder and chief executive of CREBACO Global, a research company focused on blockchain and cryptocurrencies.

“In Parliament (standing committee meeting), some MPs came with newspaper cuttings of ads,” said Sogani, who was present at the meeting with crypto stakeholders last week.

In the meeting, the industry proposed that the Securities and Exchange Board of India (Sebi) regulate exchanges, and the Reserve Bank of India oversees other crypto aspects, Sogani said. “But we don’t know if the government has considered that, even though it looks like the most feasible avenue,” he added.

Another industry executive said the draft bill isn’t going to propose a blanket ban on cryptos or stop crypto exchanges from operating. “Instead, it will place compliance requirements on exchanges and get Sebi involved to bring some of the same rules and regulations that are followed in traditional exchanges.”

The bill may also require companies listing their coins to make disclosures with the markets regulator and meet other compliance norms. The government listed the same Bill for the Parliament’s Budget session in January, but it wasn’t discussed.

“The 2019 bill tried to provide clarity on activities that are not allowed and has also defined the punishment in case of violation. One concern is the definition of cryptocurrency, which is far-reaching and may impact innovative blockchain solutions like NFT, which are gaining traction globally,” said Shravan Shetty, managing director, Primus Partners, a consulting firm.

Experts said the central bank’s concerns about cryptocurrencies should not be brushed aside, but an outright ban would be impractical.

“A ban could lead to volatility, and a middle path would be desirable. As far as taxation of digital currencies is concerned, the tax laws are broad enough to tax them,” said Archit Gupta, founder and chief executive of ClearTax, an online tax service provider.

Neil Borate in Mumbai and Prasid Banerjee in New Delhi contributed to the story. 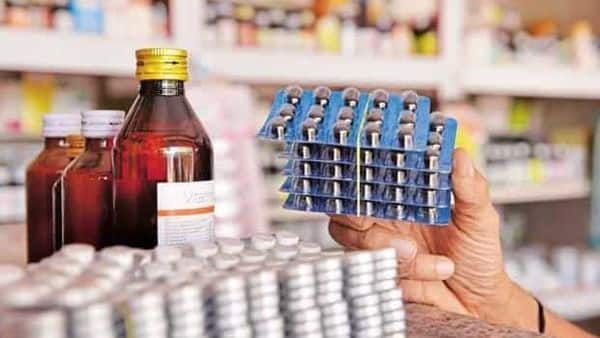 Star Health IPO to open on 30 Nov; closes on 2 Dec