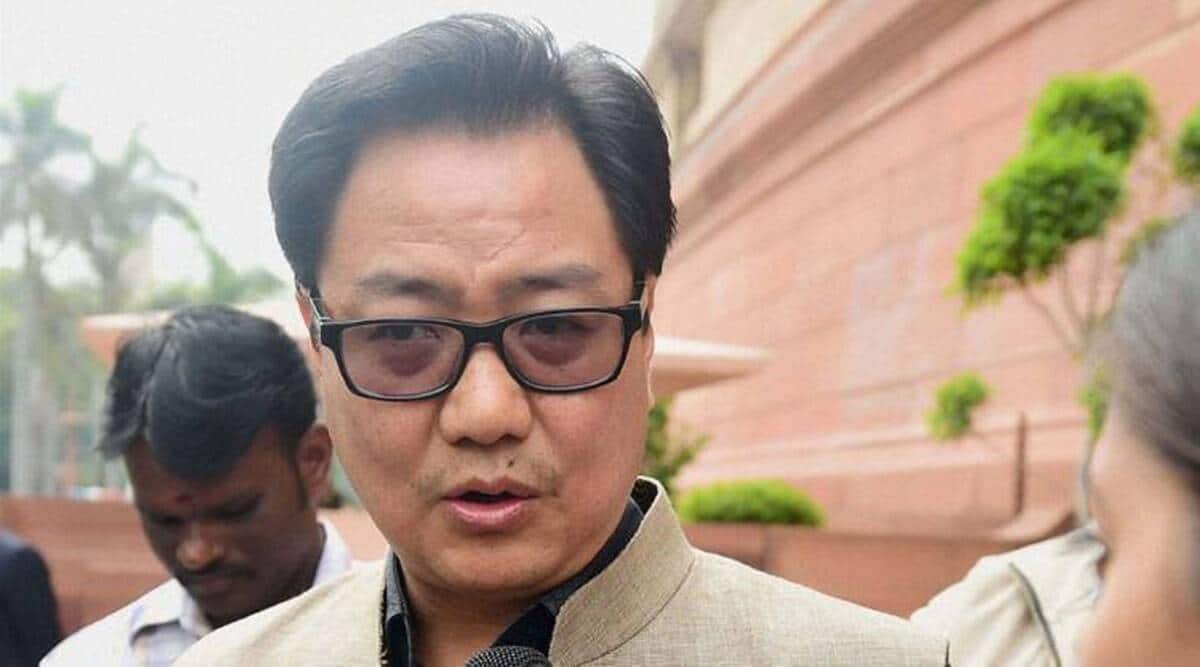 UNION MINISTER for Law and Justice Kiren Rijiju has written to Chief Justices of all High Courts seeking their personal intervention in setting up fast-track courts to hear cases of heinous crimes against women, children, and senior citizens on “priority basis”.

“As per the centrally sponsored scheme of FTSCs (fast-track special courts), the remaining number of courts in your respective jurisdiction may be set up and operationalised on a priority basis,” Rijiju said in a letter dated September 2.

“In view of the huge pendency of cases, the balance number of FTCs in your respective jurisdiction may be set up with due consultation of the state government as envisaged in the 14th FC [Finance Commission] through increased share of fund devolution to states and as urged by the Centre,” he wrote.

He flagged that as of July, over 3,28,000 cases of rape and cases under the POCSO Act are pending, terming it an “alarming situation”.

Rijiju highlighted that of the 1,800 fast-track courts recommended by the 14th Finance Commission, only 896 were functional as of July 31 and more than 13.18 lakh cases were pending in these courts. As of July 31, for hearing cases of rape and cases under POCSO Act, of the 1,023 courts sanctioned, only 731 were operational across 28 states and Union Territories.

The minister also suggested setting up a strict monitoring mechanism for a time-bound disposal of cases by the fast- track courts and the fast-track special courts. “As the safety and security of our women, children as well as other marginalised categories are of paramount concern, the need for robust functioning of the earmarked FTCs and FTSCs becomes highly imperative,” Rijiju stated.

There should be no safe havens for those who betray country: PM Modi