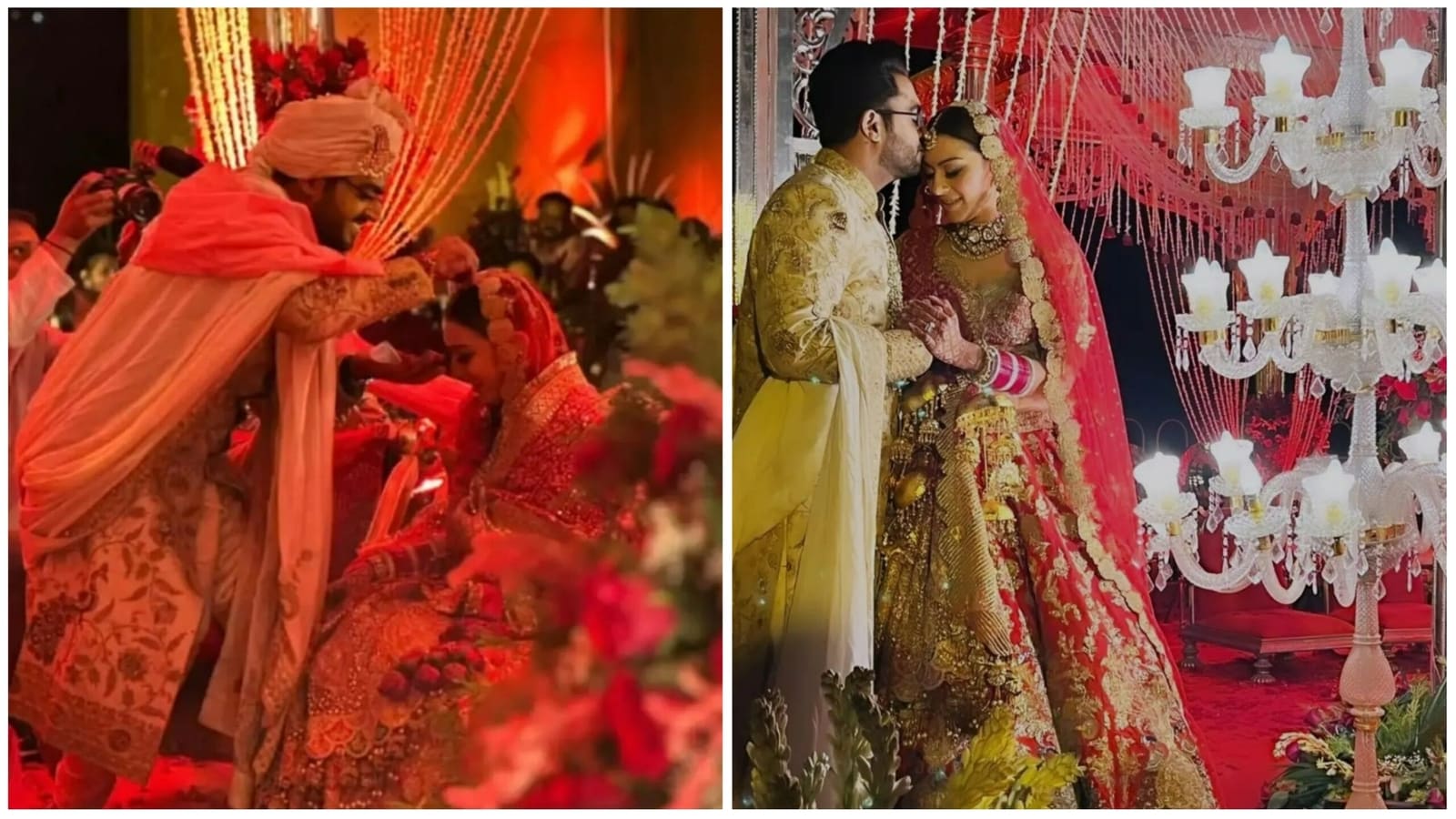 Actor Hansika Motwani married fiancé Sohael Kathuriya in a lavish wedding ceremony at Mundota Fort and Palace in Jaipur. She decked up in a red lehenga, while the groom was seen in a cream sherwani. New pictures of the couple and video from the sindoor (vermillion) ceremony are now online. Also read: Hansika Motwani and Sohael Kathuriya are married

A video shows Hansika sitting in the mandap and Sohael bending down to put sindoor in the parting of her hair. There is also a picture of them from the bridal photo shoot. He is seen kissing her forehead as they stand, while holding each other’s hands.

Hansika wore big golden churas brought for her by her girl gang. She also wore a maangtika (head accessory) and a nose ring as part of her bridal getup. There is also a solo picture of Hansika posing on a staircase of the wedding venue before heading to meet the groom for the varmala ceremony.

Hansika was accompanied by her family members as she walked towards the altar with them carrying a sheet of flowers over her head. The groom was seen standing at a height. She later joined him at the spot as the guests witnessed their varmala ceremony from the ground floor.

The wedding celebrations had kickstarted in Mumbai itself with a Mata Ki Chowki. In Jaipur, Hansika had a haldi ceremony, followed by a cocktail evening and a Sufi night.

Hansika had announced her engagement on November 2. She shared a picture from the proposal in Paris and captioned it, “Now & Forever.” On November 26, she shared a glimpse from her bachelorette and wrote, Best bachelorette ever #blessed with the #best.” 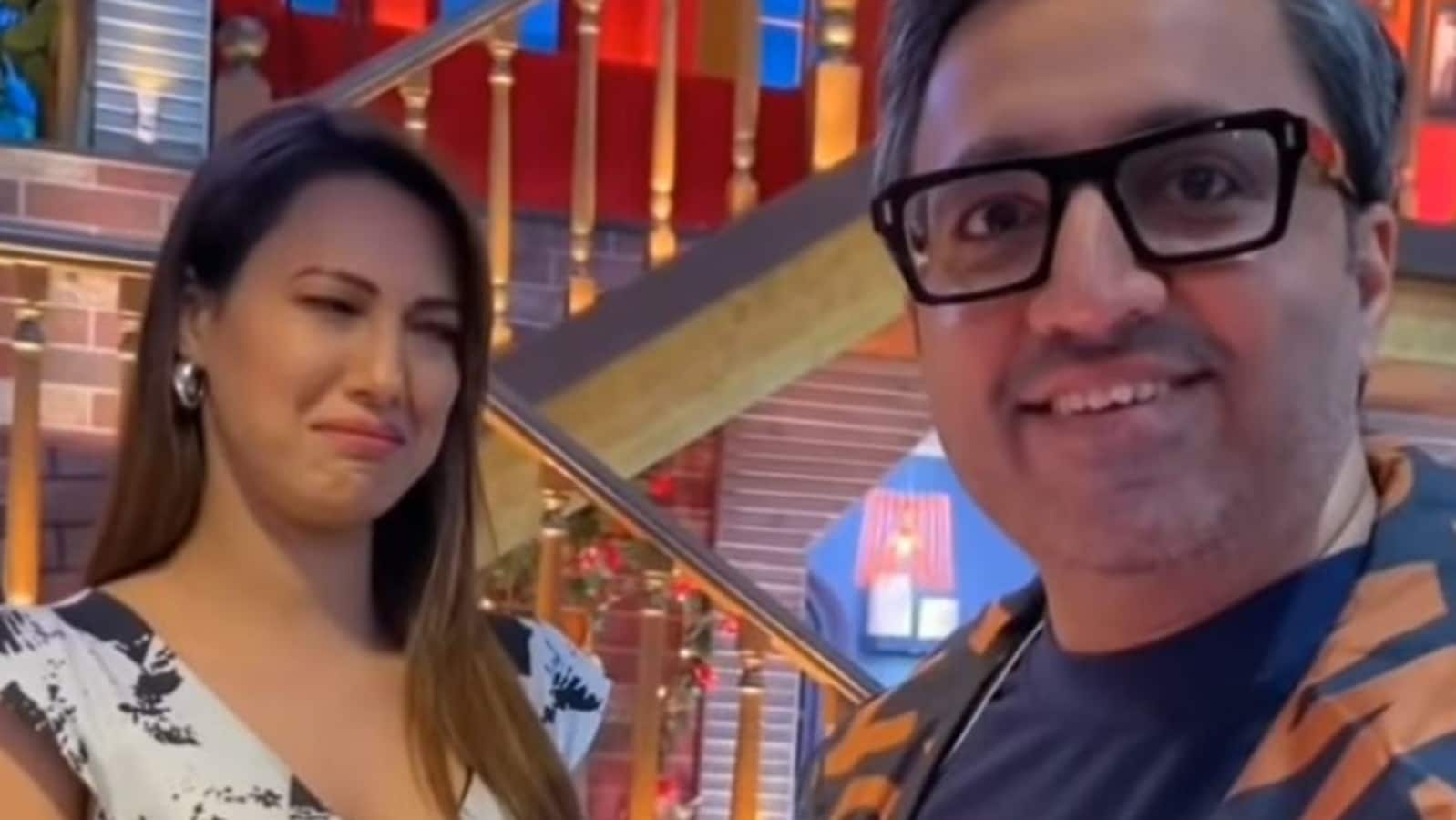 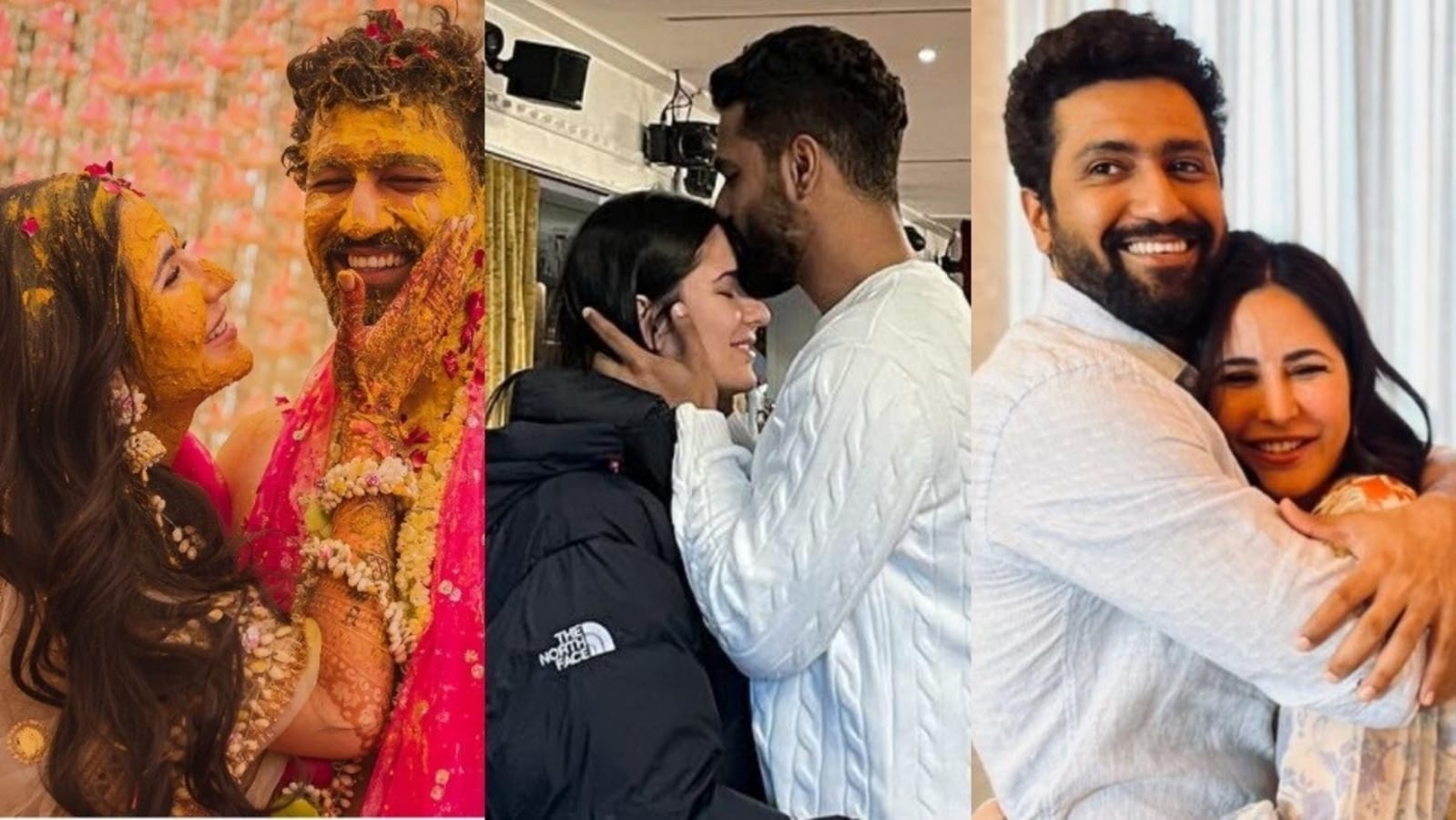 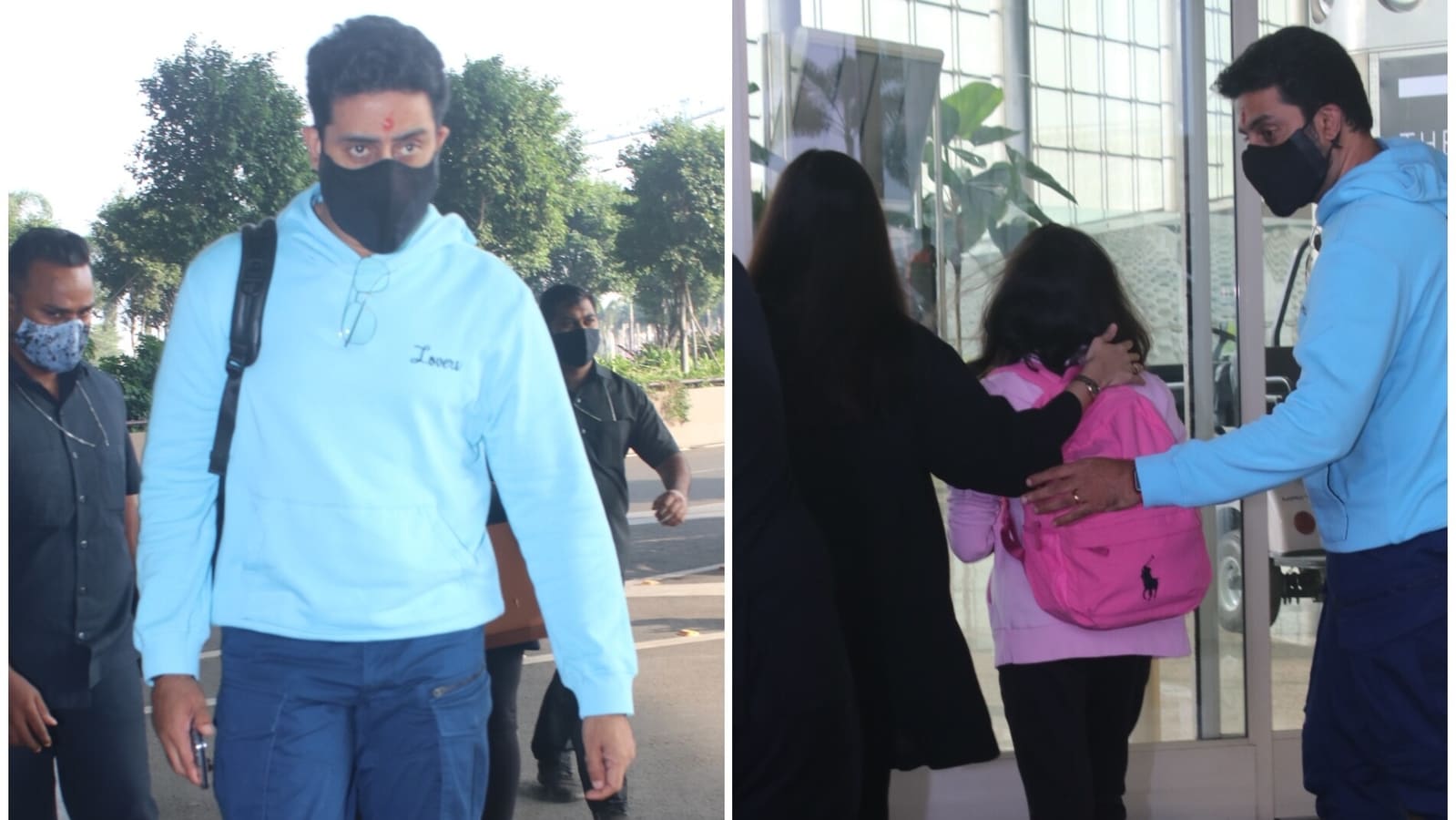