The stock selection of certain fund houses is as per their investment processes and systems. And we all know the importance of having a process and a system in place when it comes to investing.

Mind you, fund managers can also make mistakes. So, mimicking their portfolios does not provide a clear solution.

But tracking their activity certainly helps you decide much better.

Today, we take a look at stocks where mutual funds have consistently increased their holdings in the past four or more than four quarters.

First on the list we have P&G Hygiene and Healthcare.

Indian mutual funds have increased stake in the BSE 200 company for seven consecutive quarters. In March 2021, they held 5.56% stake which has increased to 7.89% at present.

First on the list we have P&G Hygiene and Healthcare.

Indian mutual funds have increased stake in the BSE 200 company for seven consecutive quarters. In March 2021, they held 5.56% stake which has increased to 7.89% at present.

According to the latest shareholding of P&G Hygiene, SBI focused equity fund is the largest shareholder among mutual funds with 5.73% stake or 1.9 million (m) shares.

Mutual funds bullishness towards the personal care company is justified as it ranks high on many parameters.

India ranks second globally in terms of population. Consumer goods companies tend to do well in countries with large populations. On top of this, if any company is successful in establishing itself as a dominant player, then the benefits are all for the company to enjoy.

P&G Hygiene is a prime example of the above statement.

Unlike other FMCG companies, P&G has adopted a hybrid model of manufacturing. The company outsources its manufacturing in addition to manufacturing products at its two wholly owned facilities in Goa and Himachal Pradesh.

The company is among the top high ROE companies with its five year average coming in at 60.9%. It reported highest ever return of equity (ROE) in financial year 2022.

In 2022, even the best FMCG companies struggled due to sharp rise in key raw material costs and rural demand getting majorly affected. P&G was no exception.

Going forward, the highly priced stock could do well as the consumption theme is slowly picking up along with rural demand. Inflation has also cooled down from record levels, so that’s another plus point.

Next on the list is Taj GVK Hotels & Resorts.

Indian mutual funds have increased stake in the hotel company for five consecutive quarters. In December 2021, they held 1.56% stake which has increased to 3.99% at present.

According to the latest shareholding of Taj GVK, Quant smallcap fund is the largest shareholder among mutual funds with 1.32% stake or 828,694 shares.

ITI multicap fund and IDFC emerging business fund also have over 1% stake each in the company.

Why have mutual funds checked into this hotel stock?

The travel and tourism industry started to see signs of a revival post December 2021 as the government lifted curbs and people stepped out of their homes.

The prospects looked bright as most of the hospitality firms reported decent performance in the first quarter of 2022. This quarter is usually weak for hotel companies due to monsoon.

Going forward, the prospects still look bright as Q3 is the best for hotel companies in terms of seasonality.

With a strong presence in some cities and having Tata group’s Indian Hotels as its joint venture (JV) partner, Taj GVK could see a healthy improvement in the next two quarters.

No wonder the company’s share price has shot up in recent months.

While all seems exciting, investors should factor in how hotel companies will deliver to the high expectations amid the recent outbreak in China.

Indian mutual funds have increased stake in the company for seven consecutive quarters. In December 2021, they held 8.24% stake which has increased to 12.48% at present.

According to the latest shareholding of United Breweries, Invesco India Contra Fund and Nippon India growth fund are the funds holding big quantities.

So, what justified mutual funds’ bullishness on this breweries & distilleries company?

United Breweries is India’s largest beer maker so having an established presence could be one reason.

The company also continues to receive strong support from its subsidiary Heineken.

As there are high entry barriers in the segment, the biggest companies become the prime beneficiaries. United Breweries comes with good fundamentals too.

Over the past five years, shares of the company have gained 45%.

Indian mutual funds have increased stake in the company for seven consecutive quarters. In December 2021, they held 2% stake which has increased to 3.69% at present.

According to the latest shareholding of DLF, SBI Mutual fund is the biggest shareholder among domestic mutual funds with 1.04% stake or 25.7 m shares.

Even as DLF share price falls, mutual funds have reaffirmed their faith by increasing stake in the most recent quarter.

Their stance could be backed by the company’s strong market position and a substantial reduction in debt.

DLF has a good track record amongprivate developers and holds an edge over peers as it continues to capture market share as the sector goes into consolidation.

The company has reduced debt substantially over the past five years with its current debt to equity coming in at 0.1x.

Going forward, market experts are of the view that realty player could report better earnings in December 2022 quarter on the back of healthy collections and softening of input prices.

Indian mutual funds have increased stake in the company for four consecutive quarters. In March 2021, they held 8.7% stake which has increased to 11.1% at present.

According to the latest shareholding of GNA Axles, HDFC smallcap fund is the biggest shareholder among domestic mutual funds with 9% stake or 1.94 m shares.

So, why are mutual funds hoping that this auto ancillary firm is set for a smooth ride going forward?

They could be of the view that the company may see a surge in sales of Class 8 trucks. In September 2022, these truck variants had huge orders in North America. But the next two months were weak.

In its 2021-22 annual report, GNA Axles said it was expecting a double-digit growth within the next 18 months from the North American truck market.

Two other reasons why mutual funds may have turned bullish on GNA Axles can be its market position and exports. The company enjoys a leading market share of over 50% in supplying rear axle shafts, spindles, and drive shaft to domestic tractor and CV segments. Over 50% of its revenue comes from exports.

The company also enjoys group synergies. GNA group which also includes GNA Gears was established in 1946 and has a long track record of operations.

Over the past five years, shares of GNA Axles have gained 70%.

Track what mutual funds are buying and selling…

Ever wondered if there was a stock screener that lets you find all this at one click? Equitymaster has got you covered.

Check out our Indian Stock Screener which filters stocks that mutual funds and institutional investors are buying and selling. 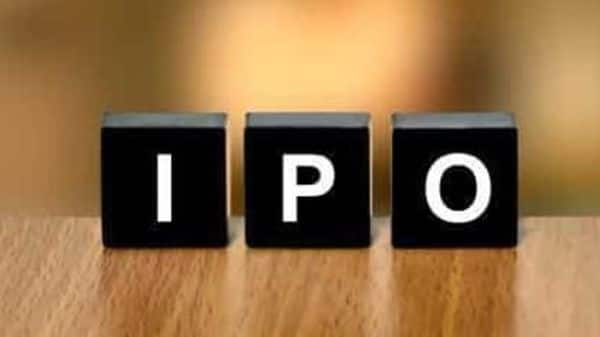 HP Adhesives IPO: What GMP signals ahead of share listing Shiba Inu is among four crypto tokens listed on Robinhood Why stock markets are rising despite surge in Omicron cases