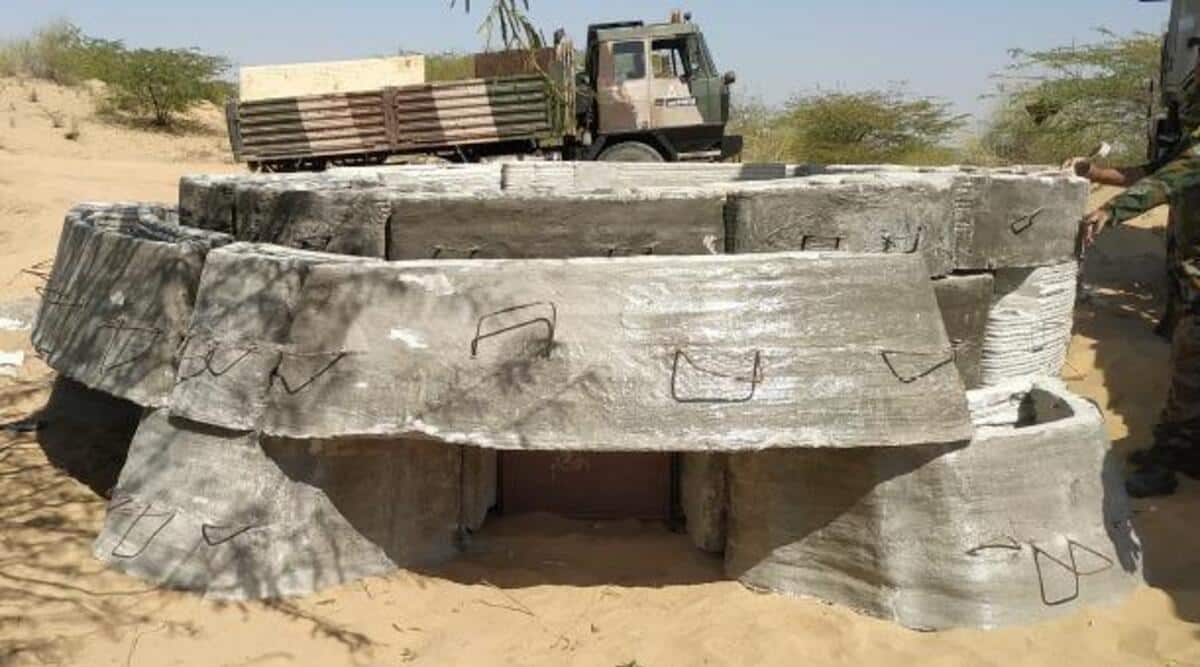 As the standoff along the border with China continues, the Indian Army has set up 3D-printed permanent defences at the Line of Actual Control in eastern Ladakh that can withstand tank fire.

Indian Army’s Engineer in Chief Lt Gen Harpal Singh said the permanent defences are able to withstand blasts, can be erected within 36-48 hours and relocated from one place to another. He was quoted by news agency ANI as saying, “3D-printed permanent defences have been constructed for the first time by Indian Army’s Corps of Engineers in the desert sector. These defences were trial tested against a range of weapons from small arms to the main gun of T90 tank.”

A 3D-printed shelter for Officers and Junior Commissioned Officers has been constructed in the desert sector and four more such double-storey shelters are also being constructed in the Eastern Theatre at Zuluk, a press release from the Indian Army read. Each shelter can accommodate 64 personnel and construction will take just 25 days, it added.