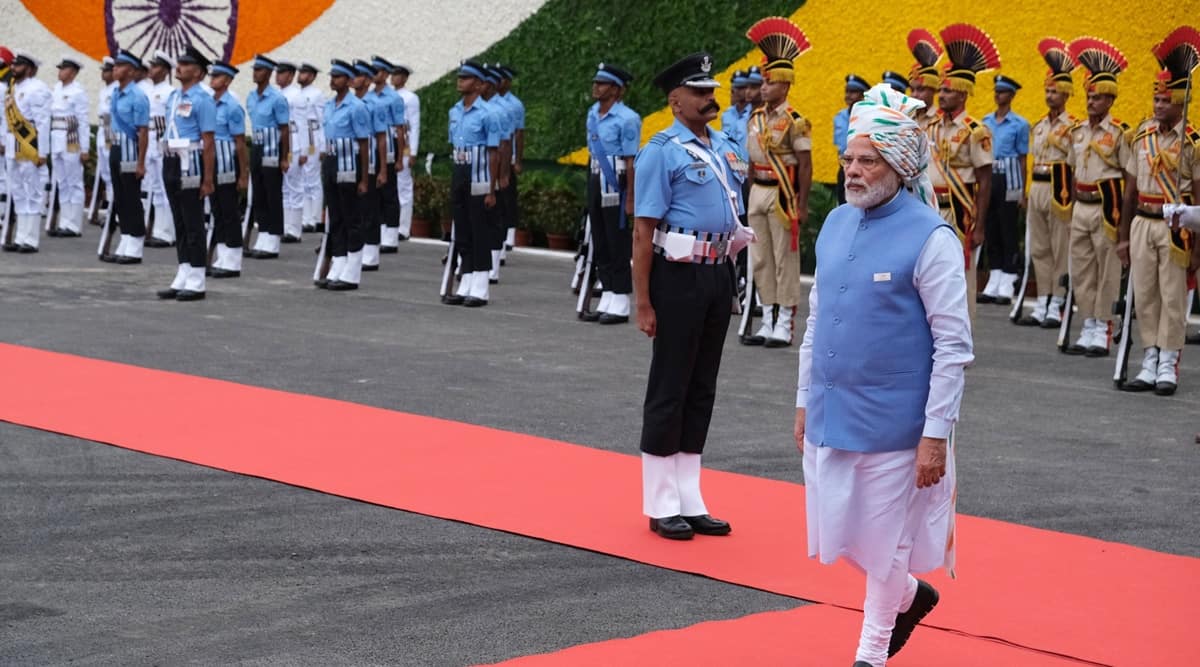 Prime Minister Narendra Modi’s push to boost domestic manufacturing of defense systems is leaving India vulnerable to persistent threats from China and Pakistan, according to officials with knowledge of the matter.

India’s air force, army, and navy can no longer import some critical weapons systems to replace ageing ones, the officials said. That risks leaving India critically short of helicopters by 2026 and with a shortfall of hundreds of fighter jets by 2030, they said.

Shortly after sweeping to power in 2014, Modi unveiled his “Make in India” policy to build everything from mobile phones to fighter jets in India to generate jobs and reduce outflows of foreign exchange. But eight years later the world’s biggest importer of military hardware still doesn’t manufacture enough weapons locally to meet its needs – and government rules are blocking imports.

Modi’s program mandates between 30% to 60% of home-made components, depending on the nature of the military purchase or where it’s purchased from. There were no such caps earlier and India used a system of plowing back a certain percentage of the cost of the purchase into domestic manufacturing.

As things stand, India’s military readiness is set to further deteriorate just as it faces greater risks from Pakistan and China, which has soldiers deployed toe-to-toe against troops from India along their Himalayan border following deadly clashes in 2020. The weaker air force in particular means India will need twice the number of soldiers on the ground to deter aggression along the Chinese border, one person said.

Bloomberg spoke to multiple officials for this story across the three services in India. They asked not to be identified to discuss sensitive issues.

India’s Ministry of Defense did not respond to an email seeking comments.

The situation with the air force is particularly dire. By 2030, the Indian Air Force maybe left with less than 30 fighter squadrons, well below the 42 the military says it needs to adequately protect borders with both China and Pakistan, officials said. Between now and then, the air force will be forced to ground about half-a-dozen squadrons – each including 16 to 18 fighter jets – that will reach the end of their flying life, one official said.

The Bengaluru-based state-owned defense manufacturer Hindustan Aeronautics Limited can only produce eight indigenous Tejas fighters each year, officials said, or roughly half a squadron. The company plans to double manufacturing capacity by 2026, they added, but delays are possible due to supply-chain disruptions caused by Russia’s war in Ukraine.

Helicopters are another problem. The air force, army and navy still depend on light helicopters designed and developed in France more than half a century ago and inducted in the 1970s. Almost 80% of India’s fleet of choppers has already outlived their lifespan of 30 years, a defense ministry official said.

Attendees stand in front of a mural during the Aero India air show at Air Force Station Yelahanka in Bengaluru, on February 20, 2019. (Karen Dias/Bloomberg)

Most of the army’s fleet of single-engine choppers will have to be grounded by 2026 even though domestically made light helicopters aren’t likely to be ready before the end of 2030, one defense official said. A plan to manufacture Russian Kamov-226T helicopters hasn’t materialized yet because of disagreements over costs and the amount of indigenous components to be included.

Flying the old helicopters is costing lives. According to records with the parliament until last December, 31 soldiers were killed and another 19 injured in accidents involving military helicopters since 2017.

The navy is also facing problems over the push to use home-grown equipment. India’s submarine fleet is dependent on a limited number of heavyweight torpedoes it had bought four decades ago.

India’s Defence and Development Research Organisation is working on a plan to make submarine-launched, heavy-weight torpedoes but there is no specific timeline for when they will be ready for use.

“Make in India for defense isn’t thought through properly,” Bedi said. “It is a good slogan, beyond that there isn’t much to show as yet.”

‘There is much to be done in trade’: Top quotes from Modi-Biden bilateral talks