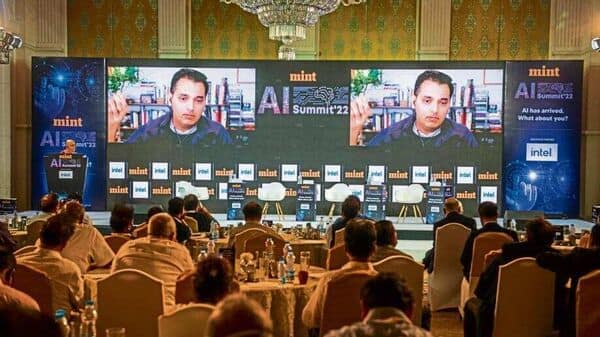 India’s history of being a software services powerhouse has already given the country the tools to become a superpower in artificial intelligence (AI) development, said Pranav Mistry, founder of Silicon Valley-based deep-tech startup Two Platforms Inc.

“AI is synonymous with software and India is already a superpower in software. I don’t think there is any software company in India right now that doesn’t use a machine learning (ML) model or training. It is the next chapter of the software industry,” asserted the computer scientist known for his inventions including the gesture-based wearable computer technology called Sixth Sense, while delivering the closing keynote at the Mint AI Summit.

The company received an investment of $15 million from Mukesh Ambani-led Jio Platforms in February this year. Jio brings a strong user base and understanding of the Indian market, Mistry said. It will provide the right channel to experiment with new concepts.

Mistry also called for a more open-minded approach to data privacy. The industry already has algorithms that can train ML programs even when data is encrypted, he said.

“Imagine the potential of it. We don’t have to worry about whether a certain company is looking at our data or an ML model training on the data, or whether data from India is residing in India,” Mistry said.

However, he agreed that data generated in India should stay in India, which is something that India’s upcoming data protection laws are expected to mandate.

Mistry added that if such data can be encrypted and used for research, then it could “benefit the whole world and vice versa our systems will become much better”.

“I don’t think we should limit our understanding of AI. When I was in school, AI was taught as statistical reasoning,” Mistry said.

“I feel there is 99% more to explore before we can say we understand AI. Different approaches are required,” he said. India’s cybersecurity plan to include sovereignty, set deliverables for entities