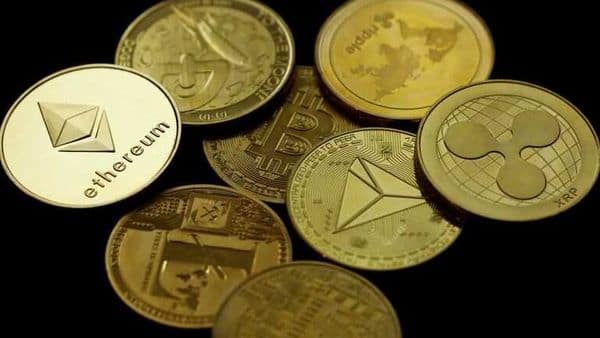 For starters, there’s the music video, “Hcoin to the Moon,” featuring exiled Chinese billionaire Wengui Guo smoking a cigar, hanging out on a yacht and driving a red sports car.

The song’s lyrics, when translated from Chinese into English, describe a bleak world: “Freedom, such a familiar word/But it’s unknowingly getting further and further away from me.” Other verses list the virtues of Himalaya Coin and the related Himalaya Dollar, a stablecoin tracking the U.S. dollar:

Security guarded by the most advanced encryption technology

No one can take your wealth away from you

And 20% gold reserve attached to the value

“To the moon” is notable because that has become a rallying cry, the guiding hope among crypto traders that the price of a holding will surge enormously.

But support from Guo and Steve Bannon, the former Donald Trump adviser, suggests there’s more than just crypto-cheerleading at work with Himalaya Coin.

Guo and Bannon have waged a public campaign against the Chinese government for years, and comments last week from Bannon indicate this is the latest front in that battle. Himalaya Coin’s debut this month also stands out because, in September, China widened its crackdown on the use of cryptocurrencies.

Guo has touted the digital token on social media, and has a business relationship with the exchange where it trades, according to the chief executive officer of that marketplace. Bannon, during an interview last week, called Himalaya Coin’s debut “monumental” and put it in the context of his fight against China. “If you look at the institutionalization of the counteroffensive to the Chinese Communist Party, it’s pretty impressive,” Bannon said.

Himalaya Coin only appears to trade on the Himalaya Exchange. It’s not included in CoinMarketCap’s long list of global cryptocurrencies, which has become the de facto source for digital token valuations. On the Himalaya Exchange, its price has jumped from 10 cents when it started trading at the beginning of the month to about $27 now.

Himalaya Exchange CEO Jesse Brown says one billion of the coins have been issued. That equates to a market value of about $27 billion, similar to what CoinMarketCap says Shiba Inu, a dog-themed coin that’s recently surged in popularity, is worth.

Guo has an agreement with the Himalaya Exchange allowing his business clients to buy products from firms linked to the billionaire using the Himalaya Dollar stablecoin, Brown said in an interview. The trading platform has amassed 20,000 accounts, more than half of which are owned by Mandarin-speaking investors, Brown said.

People in the U.S., Canada and Japan cannot use the exchange, he added, though there are plans to get U.S. access.

Guo is “using his platform to to get people to get involved in crypto and financial freedom,” Brown said. “I think it speaks to his whistleblower program in China and how he’s looking to get more independence.”

Guo, anticipating corruption charges, fled China in 2014 and has since railed against the government. After moving to the U.S., he’s alleged high-level officials from China’s Communist Party engaged in political corruption.

Although the Chinese government has been reticent about Guo, Interpol issued a red notice — an alert to law enforcement officials worldwide about a fugitive — for him in 2017 “at Beijing’s request,” the South China Morning Post reported at the time.

GTV Media Group Inc., which has ties to Guo and Bannon, in September settled U.S. Securities and Exchange Commission allegations it participated in an illegal sale of shares and digital securities referred to as either G-Coins or G-Dollars. Neither Guo nor Bannon were named by the SEC. GTV and two other entities involved didn’t admit or deny wrongdoing. The firms paid more than $539 million to resolve the case.

Guo has been an avid cheerleader for H-Coin on his YouTube channel, which has about 425,000 subscribers, and on conservative social media outlet Gettr. The price of the coin has jumped 270-fold since launching Nov. 1.

“We’ve got a lot of diamond hands,” Brown said, using slang meaning traders who hold onto an investment regardless of volatility.

Destroy the machine that sucks you dry

Never be a slave to money again 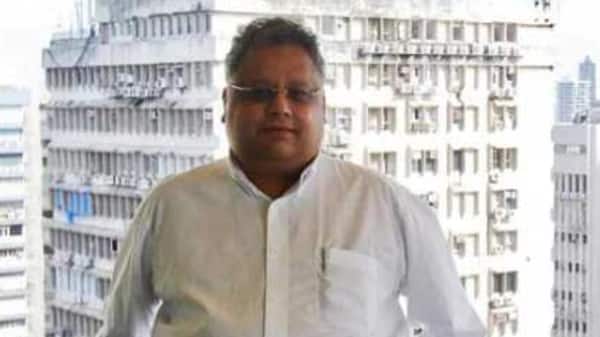 Rakesh Jhunjhunwala portfolio stock may surge 20% in one month. Should you buy?