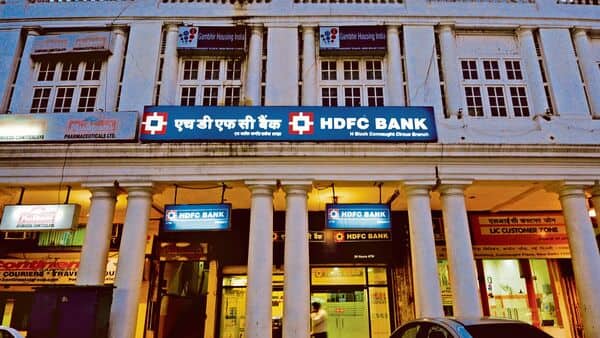 HDFC Bank shares are trading near the day’s low on Friday amidst a broad-based selloff in the overall market. During the day, the majority of banking stocks were under pressure. The bank extended its bearish tone for the second day in a row. HDFC Bank is set to merge NBFC-giant HDFC under its umbrella to enable seamless delivery of home loans and improve the pace of credit growth in the economy. However, HDFC Bank is a hot pick to buy as the shares have potential to reach ₹1,800 apiece going forward.

The bank’s market valuation at the current price level is around ₹8,27,927.20 crore. Compared to the previous closing, the market cap has dipped over ₹18,732 crore.

Earlier this week, HDFC Bank announced that the board of directors meeting will be held on October 15 to consider the audited standalone and consolidated financial results for the second quarter and half year ending September 30, 2022.

Should you buy HDFC Bank shares?

Gaurav Jani and Palak Shah analysts at Prabhudas Lilladher in their latest note on Friday, said, “we met HDFCB management to allay these concerns viz. 1) garnering higher market share in system deposits, 2) grandfathering of HDFC’s bank borrowings, 3) share of unsecured loans in the merged entity, 4) drag on NIM due to PSL shortfall, and 5) outlook on NIM/opex.”

The analysts’ note said, ” We believe that faster deposit accretion for HDFCB from a system standpoint may be

achievable, while grandfathering of bank borrowings may be permitted. Unsecured share in the merged entity might remain between 11-12%, as mortgage portfolio (higher ticket size) would grow aggressively.”

Further, the analysts note added, “Standalone NIM may gradually improve (4.2% in FY22), as a share of retail would rise that may also protect NIM owing to lower PSL requirements. Opex could remain elevated over the medium term. As we slightly raise NII for FY24E/25E, our PAT increases by an average of 2.5%. Hence we raise SOTP based TP from Rs1740 to Rs1800 basis Sep’24 core ABV but maintain ‘BUY’.”