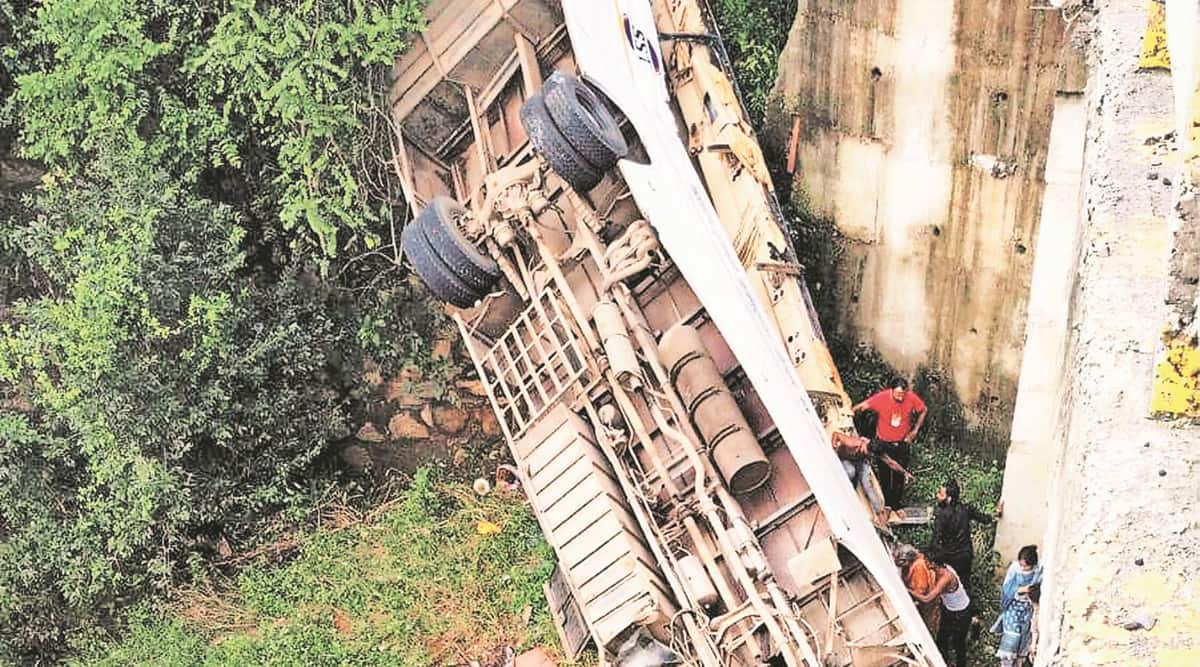 Seven people were killed and 45 were left injured after a bus fell off a bridge in Hazaribagh district of Jharkhand Saturday.

Police said on the route under the jurisdiction of Tatijharia police station, there were two bridges, including the one on which heavy vehicles do not ply, but it was used by the bus driver.

Hazaribagh SP Manoj Ranjan Chothe said: “The passengers, all from Sikh community, were travelling from Giridih to Ranchi to attend a religious function… Prima facie it appears the driver took a turn to save a cart vendor on the bridge and fell into a dry riverbed breaking the parapet. Seven people died on the spot and 11 sustained injuries…”

PM Narendra Modi tweeted: “Anguished by the loss of lives in the bus accident in Hazaribagh district, Jharkhand. In this tragic hour, my thoughts are with the bereaved families. Praying that the injured recover soon.”

Chief Minister Hemant Soren also wrote that he “prays for the departed souls and strength to the families in grief”.