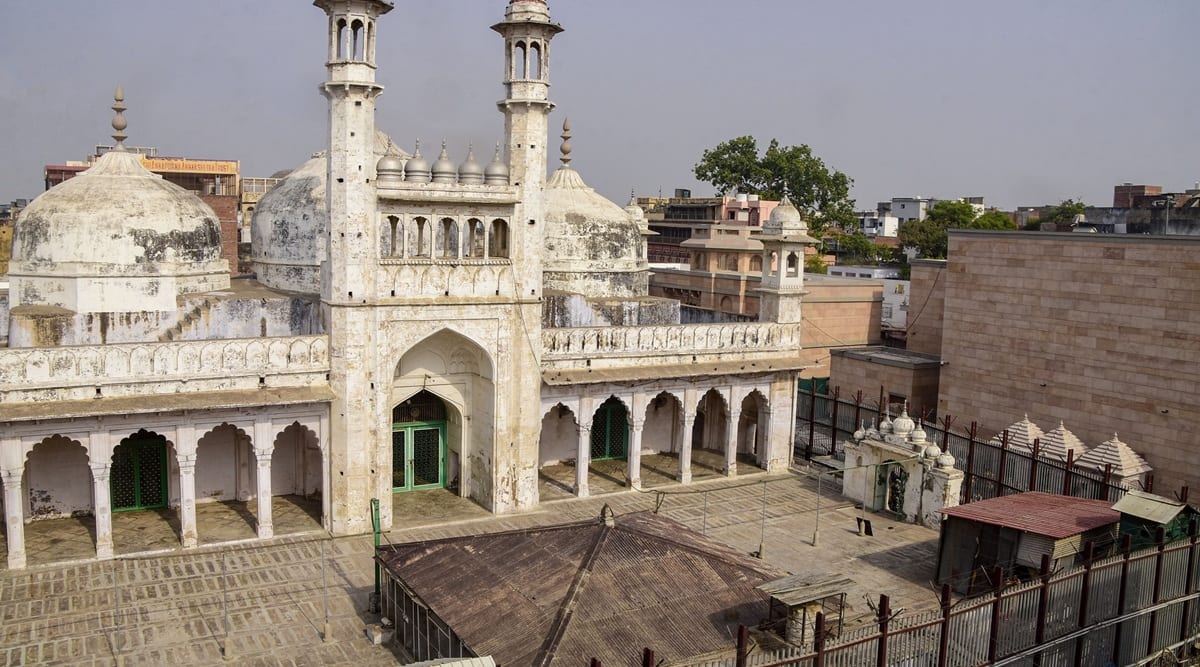 The Varanasi district court asked the Gyanvapi mosque management on Thursday to file its objections to a plea for carbon-dating of a “Shivling” claimed to have been found inside the shrine complex by the next date of hearing in the matter.

Judge A K Vishesh fixed September 29 as the next date of hearing in the matter involving the Gyanvapi mosque-Shringar Gauri dispute.

The court resumed hearing in the matter on Thursday, after rejecting a plea questioning the maintainability of the petition on September 12.

The petition seeks the court’s permission for worshipping the idols of the Hindu deities located on an outer wall of the mosque on a daily basis.

Appearing on behalf of the plaintiff women, advocate Vishnu Shankar Jain placed the demand for carbon-dating of the “Shivling” before the court. The judge asked the mosque management to file its objections to the plea and fixed September 29 as the next date of hearing in the matter, district government advocate Rana Sanjeev Singh said.

The court did not entertain the mosque management’s plea for fixing the next hearing eight weeks after the last date of hearing in the matter on September 12, he added.

The plaintiffs had earlier claimed that the “Shivling” was found close to the “wazookhana” — a small reservoir used by Muslims to perform ritual ablutions before offering namaz — on the mosque premises. The mosque management had, however, said it was part of the fountain system of the “wazookhana”.

A total of 15 people had submitted applications in the court to become parties to the dispute. The judge said the applications of only eight people, who were present before the court, will be considered, Singh said.

Five women have filed the petition, seeking permission to worship the idols of the Hindu deities claimed to be located on an outer wall of the mosque on a daily basis.

The Anjuman Intezamia Masjid Committee has said the mosque is a Waqf property. It had earlier questioned the maintainability of the plea.

The committee looks after the affairs of the mosque.

The mosque is located next to the iconic Kashi Vishwanath temple and the case revived claims that the mosque was built on a portion of the Hindu structure demolished on the orders of Mughal emperor Aurangzeb.

The Supreme Court had directed the district court to first decide on the maintainability of the case filed by the five Hindu women, seeking permission to offer daily prayers before the idols of Shringar Gauri.

The mosque committee had approached the apex court, arguing that their plea was not maintainable as the Places of Worship (Special Provisions) Act, 1991 mandated that the character of such places should remain as it was at the time of independence. The 1991 law made an exemption only for the Ram Janmabhoomi-Babri Masjid land dispute.

In search of a second wind, Sidhu brought to crashing halt by SC verdict