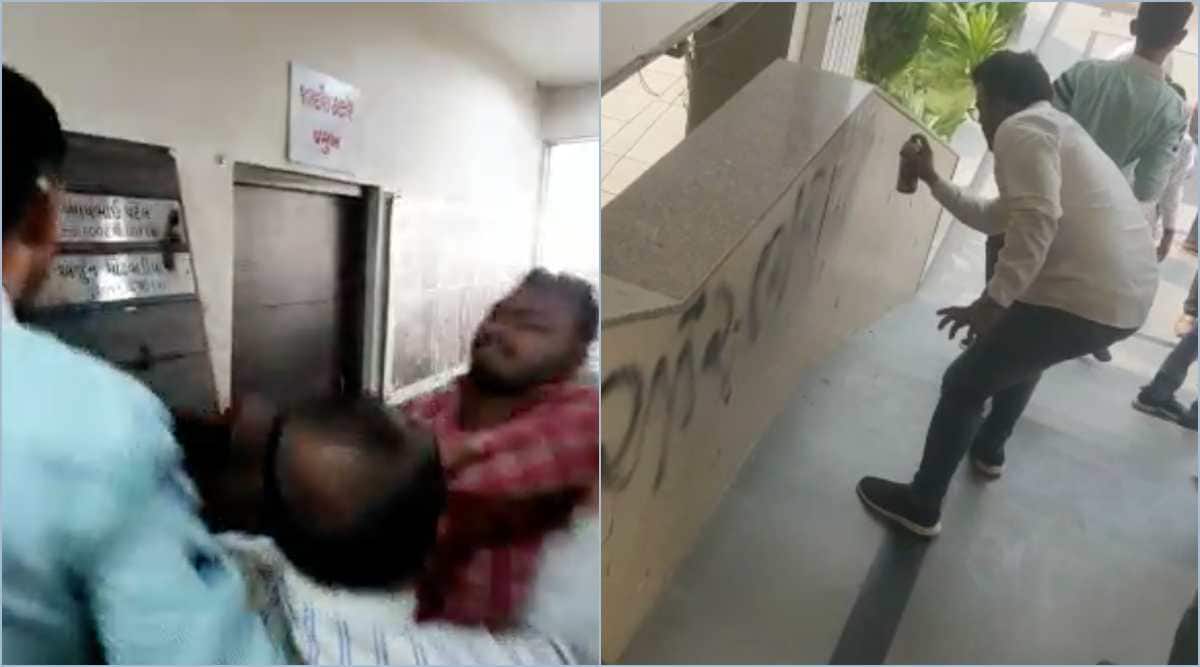 Unhappy with the selection of candidates for the upcoming polls, Congress workers from Jamalpur-Khadia and Vatva seats in Ahmedabad city protested against their leadership and vandalised the party headquarters here Monday.

Workers from the minority-dominated Jamalpur-Khadia protested against tickets being given to sitting MLA Imran Khedawala who will be fighting AIMIM Gujarat president Sabir Kabliwala and BJP’s Bhushan Bhatt. The protesters alleged that Khedawala was connected with local real-estate lobby and will lose the polls this time.

The agitated workers defaced walls of the Congress headquarters and wrote slogans against senior Congress leader Bharatsinh Solanki and accused him of selling tickets to Khedawala. They sought a ticket for Shahnawaz Sheikh from Jamalpur-Khadia, raised slogans and damaged the name-plates of former Congress presidents, including that of Solanki. They also burnt his posters.

In the 2017 polls, Khedawala had defeated BJP’s Bhatt by winning 58 percent of the votes polled. However, in 2012, when Kabliwala had fought as an independent, Bhatt had emerged victorious by defeating the Congress candidate.

The Congress workers also protested against the party candidate Balvant Gadhavi saying they would not support any “imported” candidate but will happily work for any of the local candidates. The Congress had announced the candidates for both Jamalpur-Khadia and Vatva Sunday night.

The party is expected to release an official statement regarding the protests later in the day.

Sonia Gandhi should have become PM or nominated Pawar instead of Manmohan: Ramdas Athawale