The ministry of electronics and IT (MeitY), which became the nodal ministry to govern online gaming on 23 December, released a draft for public consultation on Monday. The final amendment to the IT rules after industry consultation will be notified by April, the ministry said.

The consultation paper defines the term “online game” as “a game that is offered on the Internet and is accessible by a user through a computer resource if he makes a deposit with the expectation of earning winnings”. It allows only “games of skill” to operate legally in India. Games of skill have been defined through various court rulings in India and include games like rummy and the Dream11 model of online fantasy sports.

The government also recommends creating a self-regulatory organization (SRO), self-regulatory framework, mandatory KYC verification of players, the appointment of compliance and nodal officers, and having a physical address in India. It also recommends additional due diligence to be observed by gaming firms, including publishing measures taken to protect user deposits and informing the user about the “risks of financial loss and addiction associated with online games”.

Further, online games must display a registration mark issued by SROs, which will have to be registered with MeitY and will be required to ensure that their members are adhering to IT rules before they receive the mark, and only firms that acquire the mark will be allowed to advertise on social media, like Google or Facebook. Social media firms are, in turn, required to check for registration and consult the SROs before accepting advertising.

“The draft rules implicitly ensure that only online skill games are allowed by the self-regulatory bodies. Additionally, the registration mark of the self-regulatory body on each game will ensure that advertisers, law enforcement agencies, influencers and all stakeholders can differentiate between legitimate skill games and illegitimate gambling games,” said Dhruv Garg, a Delhi-based tech policy and legal consultant.

To be sure, the industry has welcomed the move and said that regulation would help them grow responsibly without fear of frequent bans from states, even though it will increase the compliance cost.

“This is a great first step for comprehensive regulation for online gaming and will hopefully reduce the state-wise regulatory fragmentation that was a big challenge for the industry,” said Roland Landers, chief executive of AIGF, adding that this will also go a long way in “curbing the menace of illegal offshore gambling platforms”.

The industry body has argued in the past that the games offered by real money gaming platforms such as MPL and Paytm First Games are games of skill and should not be likened to games of chance or online gambling platforms.

In October, the ministry of information and broadcasting issued advisories to TV channels, digital news publishers, and OTT platforms, urging them not to carry advertisements by offshore betting platforms such as Fairplay, PariMatch, and Betway.

Minister of state for electronics and IT, Rajeev Chandrasekhar said, “The rules are simple—we would like the online gaming ecosystem to expand & grow and be an important catalyst to India’s $1 trillion digital economy goal by FY26. We also envision a bigger role for startups in the online gaming industry.”

He added that the draft has proposed a self-regulatory mechanism which, in future, may also regulate the content of online gaming and ensure that the games do not have violent, addictive or sexual content.

The draft proposes that gaming intermediaries should register and display all the games with the self-regulatory body. It also requires them to have a physical local address and appoint three resident employees to act as a grievance officer, a compliance officer, and a nodal officer. “This will prima facie ensure that no illegitimate offshore platform can operate and skirt the law,” added Garg.

This might also allay concerns raised by several states that real money gaming platforms are leading to addiction and financial ruin.

Some of the platforms, on their part, have added spending limits.

According to the draft, online gaming intermediaries will have to do additional due diligence, just like significant social media intermediaries. Some in the industry believe the new rules will add to the compliance burden.

“They will have to appoint a nodal office and a compliance officer, and one of them has to be available 24×7. Most self-regulatory bodies charge hefty fees. Smaller companies may find it onerous. Product-wise also, there may be changes required, which will require additional modification in apps and that may lead to additional cost,” Jay Sayta, a technology and gaming lawyer.

India is one of the fastest-growing gaming markets after the US and China. According to a November report by Lumikai, the gaming industry in India generated $2.6 billion in FY22 and is expected to cross $8.6 billion by FY27.

“We believe that the draft recommendation will help to catalyze a lot of growth for the industry, which will, in turn, result in significant job creation as well as accelerate India’s position on the global gaming map,” said Nitish Mittersain, joint managing director and CEO of Nazara Technologies. 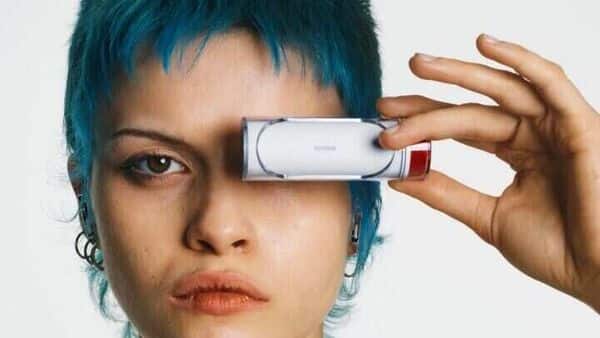 You can get ₹1,000 discount on Nothing Ear (Stick), but there’s a catch