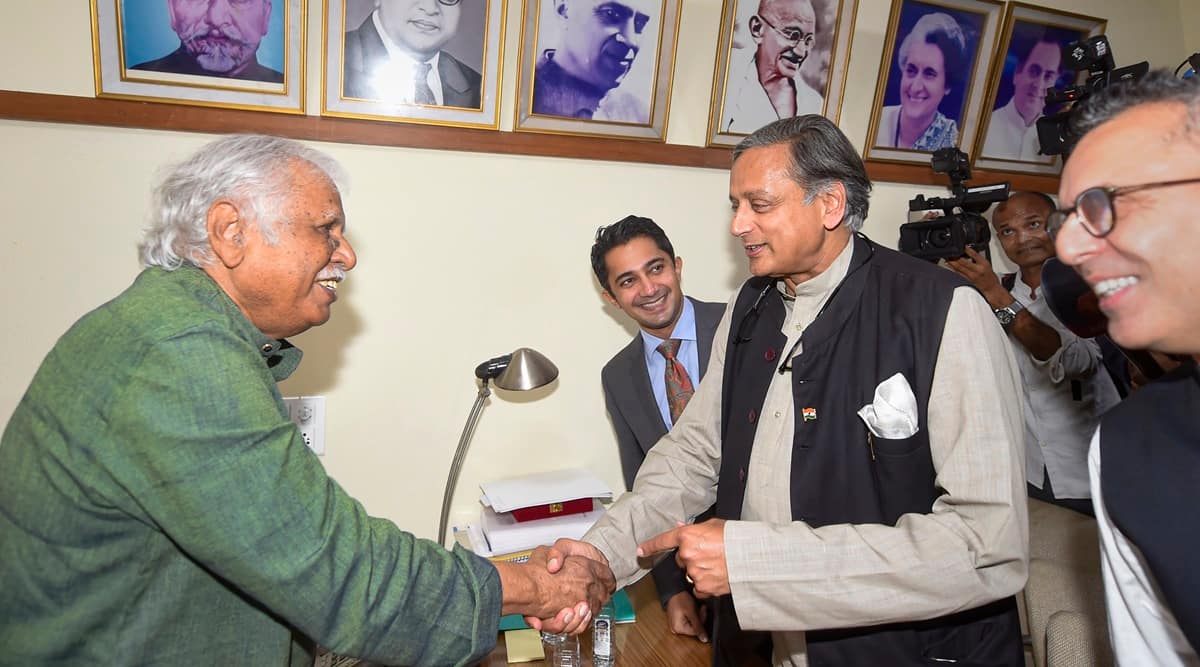 Congress leader Gourav Vallabh on Thursday hit out at Shashi Tharoor over his probable AICC president poll bid, saying his “only major contribution” to the party was to send letters to Sonia Gandhi when she was hospitalised.

In a first indicator of leaders taking sides in the upcoming contest for the top post, Vallabh also voiced support for another likely contender, Rajasthan Chief Minister Ashok Gehlot, who seems to have the backing of the current leadership.

“The choice is very simple and clear,” said Vallabh on Twitter.

Vallabh is also a party spokesperson but he asserted his comments were as a Congress worker and not spokesperson.

“Like crores of workers, my first wish is that Rahul Gandhi ji should provide his leadership to the Congress and the country. But if Rahul Gandhi ji remains steadfast on his decision (of not taking up the Congress chief post) and one has to choose between the two names that are appearing in public discussion, then there is no comparison between the two,” Vallabh said.

On one hand, there is Ashok Gehlot who has the experience of being a Union minister, three times chief minister, five times MP, five times MLA, and who has defeated Modi-Shah in a direct contest and who has had 45 years of “spotless” political life, Vallabh said.

“On the other hand there is Shashi Tharoor sahib who has only one major contribution to the party in the last 8 years — sent letters to Congress President Sonia Gandhi ji when she was hospitalized, this act caused pain to crores of party workers like me. The choice is very simple and clear,” he said.

Vallabh’s remarks were in reference to the letter sent by a group of 23 leaders, including Tharoor, to Sonia Gandhi in 2020 seeking large scale reforms in the party. The race for the Congress president’s post hotted up on Wednesday with Rajasthan Chief Minister Ashok Gehlot giving a clear indication that he could enter the poll fray and Shashi Tharoor meeting the party’s poll panel chief to enquire about the nomination formalities.

After over two decades, the Congress is set to see a contest for the post of party chief. Gehlot and Tharoor are being seen as the likely contenders.

The Congress’ central election authority on Thursday issued a notification for the AICC president polls, setting the ball rolling for electing the successor to the longest-serving party chief Sonia Gandhi.

According to the notification, the process for filing nominations for the election will be held from September 24 to 30.

The date of scrutiny of the nomination papers would be on October 1, while the last date of withdrawal of nominations would be October 8.

The election, if there is more than one candidate, will take place on October 17. The counting of votes and the declaration of results would be on October 19.

Coonoor Crash: ‘Son earned his name, now will send his wife to serve in forces’