Gold rate today: On account of US inflation recording slowest pace in nine months and cryptocurrency prices crashing to the tune of 75 per cent from its highs, gold and silver attracted strong buying interest in the week gone by, leading to sharp upside move in gold and silver prices. In the week gone by, gold price on MCX (Multi Commodity Exchange) finished at ₹52,331 per 10 gm levels, logging 2.80 per cent weekly gain on the domestic bourse whereas in spot market, yellow metal price ended at $1,771 per ounce levels, recording 5.42 per cent weekly rise from its last Friday close of $1,680 per ounce levels.

According to commodity market experts, ease in pace of US inflation has raised hopes of US Fed to go dovish on interest rate hike that may put breaks on rising US dollar index. After soaring to record 20-year high, dollar index has come under pressure and it finished at 106.255 levels on Friday, logging intraday loss of 1.70 per cent. Experts said that US dollar may continue to feel the heat of selling pressure and hence one should maintain ‘buy on dips’ strategy in regard to gold and silver prices. They said that gold price may remain range-bound with positive bias till further trigger comes from the US Fed officials. They said that MCX gold rates may remain in the range of ₹51,500 to ₹53,000 per 10 gm whereas spot gold price may continue to remain in the range of $1,720 to $1,790 per ounce range. They said that silver rates today is also in the range of $19 to $23 levels and any dip in the white precious metal should be seen as buying opportunity by investors.

Speaking on the reason for rise in gold prices across globe, Nirpendra Yadav, Senior Commodity Research Analyst at Swastika Investmart said, “Lower US inflation has raised hopes among investors that the Federal Reserve will slow down the pace of interest rate hikes in the coming months as inflation appears to be under control now. In October, US inflation (CPI) registered its slowest pace in nine months. The recently released US Consumer Price Index (CPI) report for October stood at 7.7 per cent year-over-year, compared to an estimate of 7.9 percent while it was 8.2 per cent in the September report. This inflation report may change the aggressive monetary policy outlook of the US Fed, whose effect is already being seen in the market.”

The Swastika Investmart expert went on to add that speculation in the market to raise interest rates by 50 basis points instead of 75 basis points by the US Fed has intensified due to an ease in inflation data. The US dollar, which moves in the opposite direction to gold, has hit a nearly three-month lower level in the previous week, while the 10-year US Treasury yield has slipped below 4 per cent, a one-month low. As the wedding season begins in India, the demand for precious metals may remain strong. The cryptocurrency bitcoin, considered an alternative to gold, has crashed 75 per cent from its highs, increasing investors’ confidence in gold.

Speaking on gold price outlook, Anuj Gupta, Vice President — Research at IIFL Securities said, “Gold prices are surging due to ease in US dollar price against major global currencies. After surging to 20-year highs, dollar index has come down on reports of softening US inflation rate in the month of October. This triggered profit booking in the currency market and investors started to switch from currency to gold as cryptocurrency prices have already fallen around three-fourths from its highs. However, more clarity is expected after the US officials move on interest rate hike. Till then, gold and silver prices are expected to trade range bound with positive bias. On MCX, gold prices may trade in ₹51,500 to ₹53,200 range whereas in spot market, gold price may trade in $1,720 to $1,790 per ounce range. However, if the dollar index further goes down, then in that case, we may witness spot gold price breaching its upper hurdle and move towards $1,820 per ounce levels.” He advised ‘buy on dips’ strategy to the gold investors till spot gold price is in $1,720 to $1,790 per ounce range.

Nirpendra Yadav of Swastika Investmart said that silver rate today is also range bound and it has support placed at ₹61,000 levels whereas it is facing hurdle at ₹63,500 mark. 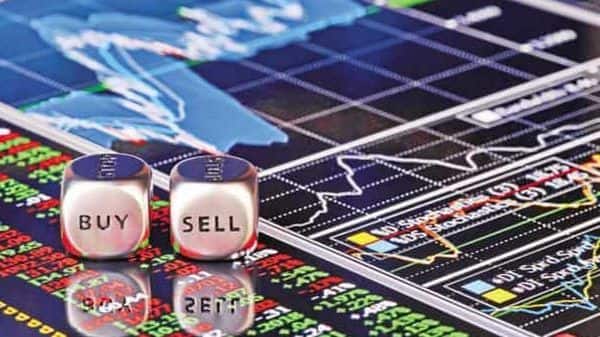