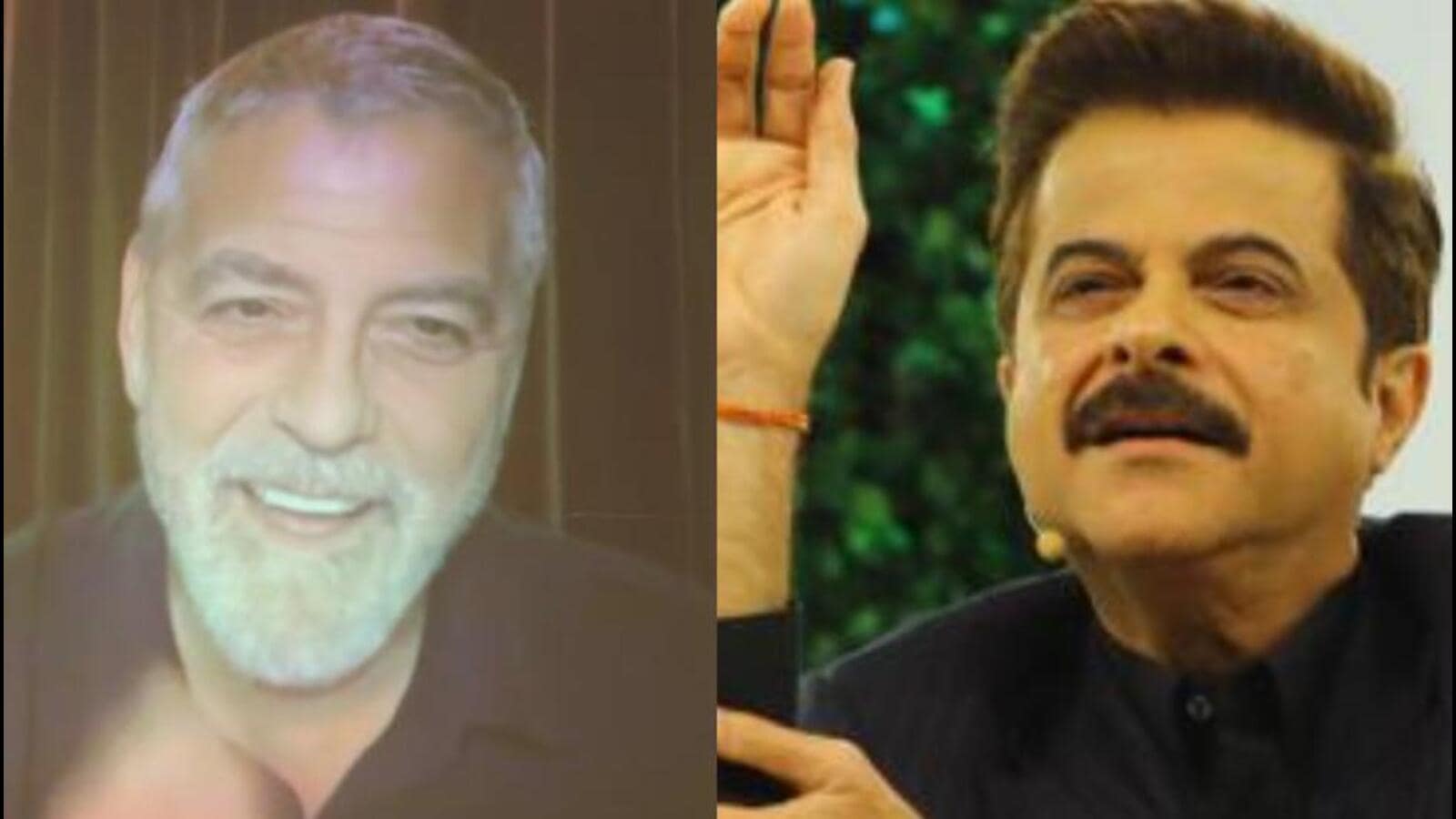 From bonding over their kids to expressing their love for India to adding a peppy dance twist, the meeting of actors George Clooney and Anil Kapoor for a fun session at the 20th Hindustan Times Leadership Summit 2022 turned out to be a reflection of what happens when Hollywood meets Bollywood.

The session started with Clooney, who joined in virtually, calling Kapoor a true rockstar, setting the tone for the session forward which was high on entertainment factor. “In my world, you are a rockstar. When I am doing an interview with you, I am thinking about your films from Mission Impossible to Slumdog Millionaire. It is an honour to talk to you,” Clooney said.

As the conversation went ahead, the actors bonded over their kids growing up under their shadow of fame, with Clooney admitting that treading the zone is tricky.

“Our kids are born in the lap of luxury. They are going to have to show up. There are a lot of fights which they will have to pick. They will have to speak up. We have to teach them to learn empathy,” said the 61-year-old.

Here, Kapoor opened up about becoming a grandfather, admitting he is still processing the development in his life. “I was in Austria when he was born and I have started slowly connecting with my grandson. His name is Vayu, which means the wind. I started connecting with him there, and we went out for a walk. He looks around and notices the beautiful weather, looking at the sky and the sun and flowers. I am slowly and steadily connecting with my grandchild, much quicker than I connected with my own children,” he said, admitting that his kids are still compared with him and his journey.

But that area is something which Clooney feels he would avoid when his twins grow up.

“It is tricky raising kids… I have an advantage that you didn’t have, which is, you had children when you were younger. Your son would be 20 when you would be 40 maybe. They’re going compared to you. Now, that is not going to happen with me because I’m going to be 90, when kids go to school or come out,” he says, adding, “It changes things”.

“The mirror will not be held up to my kid in the same way. Hopefully that’s an advantage. We’re going to try to raise them in a very normal life. But I’m not particularly good at balancing work and home life” he admits.

The actor revealed that he along with his wife try to spend more time at home. “But we haven’t been great at it. I grew up broke and was always afraid of not working, so I continue to work and my wife is trying to bring war criminals to justice and there’s not really much time off on that… We are trying to adjust our lives a little bit better. I am 61 right now, and will be 85 in the next 25 years. We have to make sure that when we are in good shape and healthy, we spend our time together with our families in a balanced way,” admits that actor, who also showed off some desi dance moves with Kapoor teaching him the moves to the tunes of Nach Punjaban.

Moderation is the key to his fitness

During the conversation, Kapoor remarked how he has never seen the Hollywood actor exercising or working out and inquired about how he keeps himself fit. To that, Clooney replied, “Well, I eat a Mediterranean diet for most part and try to do everything in moderation…including moderation. Also, I played a lot of sports in high school such as baseball, basketball and Tennis and I still do that till my knees give up. I feel that’s what keeps me energised”.

The Hollywood actor also walked down the memory lane, rummaging through all the experiences he had during his multiple trips to India. “I have been to India quite a few times. And I have to say, it is such a beautiful country. People say that it is the largest democracy in the world, and it is fascinating to see such beautiful culture,” said Clooney, who revealed that work brought him to the country. Sometimes, he visited India to promote his film, and once came to the country as part of his new role as a UN messenger of peace. “I came once with the UN, because there was a great deal of participation from India and the UN in helping the people of South Sudan,” he said.

During the conversation with Kapoor, Clooney also got candid about his absence from the virtual world, saying his decision to stay off social media helps him sleep at night peacefully.

“I’m not on any social media platform, which has made me sleep well at night. I will tell you a little secret… Every once a while. I like to have a glass of wine or two, and I don’t need to pull out my phone after a few glasses of wine and text my a funny Mother Teresa joke and wake up and have my career be over,” he says, adding, “I don’t need that kind of access, also I don’t think people need to hear my every thought. I don’t think that’s helpful”.

No plans to enter the political world

Throughout his career, Clooney has used his voice for innumerable just causes, and has been active in voicing his opinions around the political world. But he has no aspirations to have a political career. For him, it is better to play such a role in the reel world, instead of the real world. “It is a lot more fun to play them in film.,” he joked when Kapoor questioned about his future plans.

Going on to explain, the father of two shared, “I don’t want to be making decisions on people’s life and death. Those are very important decisions to make along the way, and they should be made by people who have had a wide swath of experience,” Clooney said, adding that right now he isn’t answerable to anyone.

“To run for office, you have to compromise on your own beliefs. I don’t want to do that. I can stand up for the things I believe in. The only results will be that if people are unhappy, they won’t go see my projects, and I can live with that,” says the actor, whose father was a part of the political world.

Reel love for politics and romance

The conversation further moved towards Clooney’s versatlity as an actor and how he has done all kinds of genres – from rom-coms to sci-fi, drama, action and more, but is there a genere that’s close to his heart? Clooney answers, “I grew up in the 60s and 70s, which was a really exciting time for American cinema. We had the Vietnam War movement, civil rights movement, women’s rights movement, anti drug . So movies were really interesting from about 1964 to about 1976. In that period of time, there were films like ‘All the President’s Men’ and ‘Network and some really good paranoid political thrillers. I’ve always been drawn to that because I find those really fascinating. I think they’re fun and exciting to do. You have to be careful because you don’t want to become a preachy.. you want it to be real. It’s a bit of a balance.”

This was followed by Kapoor sharing his preferences and what kind genre fascinates him the most. “I’ve done all kinds of films in my career including drama, action, comedy but haven’t done a sci fi yet. I would love to do that someday. I did a show but unfortunately it was not greenlit. And of course, I’ve done political thriller, Nayak. It has been almsot two decades since its release but it’s still talked about whenever there’s an election in any part of the country on state. So I would love to do another political film which reflects what’s happening in our country,” said Kapoor.

While political thrillers could be his favourite, Clooney’s recent hit ‘Ticket to Paradise’ was a romantic comedy. Also starring actor Julia Roberts, the film faired well at the box office and Clooney seemed quite happy about it. “It’s fun to do a normal adult, grown up comedy,” he commented about the film. Also recalling how pandemic badly affected the theatres and business, Clooney says the condition is quite good now. “It’s been an interesting time for us as the state of art is good here.”

From selling shoes to winning hearts as an actor

Growing up, Clooney didn’t harbour any dreams of entering the showbiz, and feels it was an organic step for him. From selling ladies shoes to selling insurance, he revealed that he had a bunch of “terrible” jobs before his path led him to the glamour world. “I never really considered acting as a profession because I didn’t know anyone who was an actor…. It has been a long haul, there has been a lot of auditioning, failures, a lot of no’s and you get a tougher skin. Sometimes, when you are successful, you get too much credit. It requires a great deal of luck, to be at the right place at the right time,” he confessed.

The session also turned out to be a masterclass for aspiring actors with Clooney doling out some of his career lessons. “When people go to auditions, the thought in mind usually is ‘I hope like me, I hope I don’t screw up’. But the truth is that the producer/ director who is sitting on the couch is just hoping that you are the right one. If you just change that attitude before walking into the door, it changes everything,” he says. You can’t lose what you don’t have, Clooney mentions, adding, “You have a much better chance of getting work like that”. 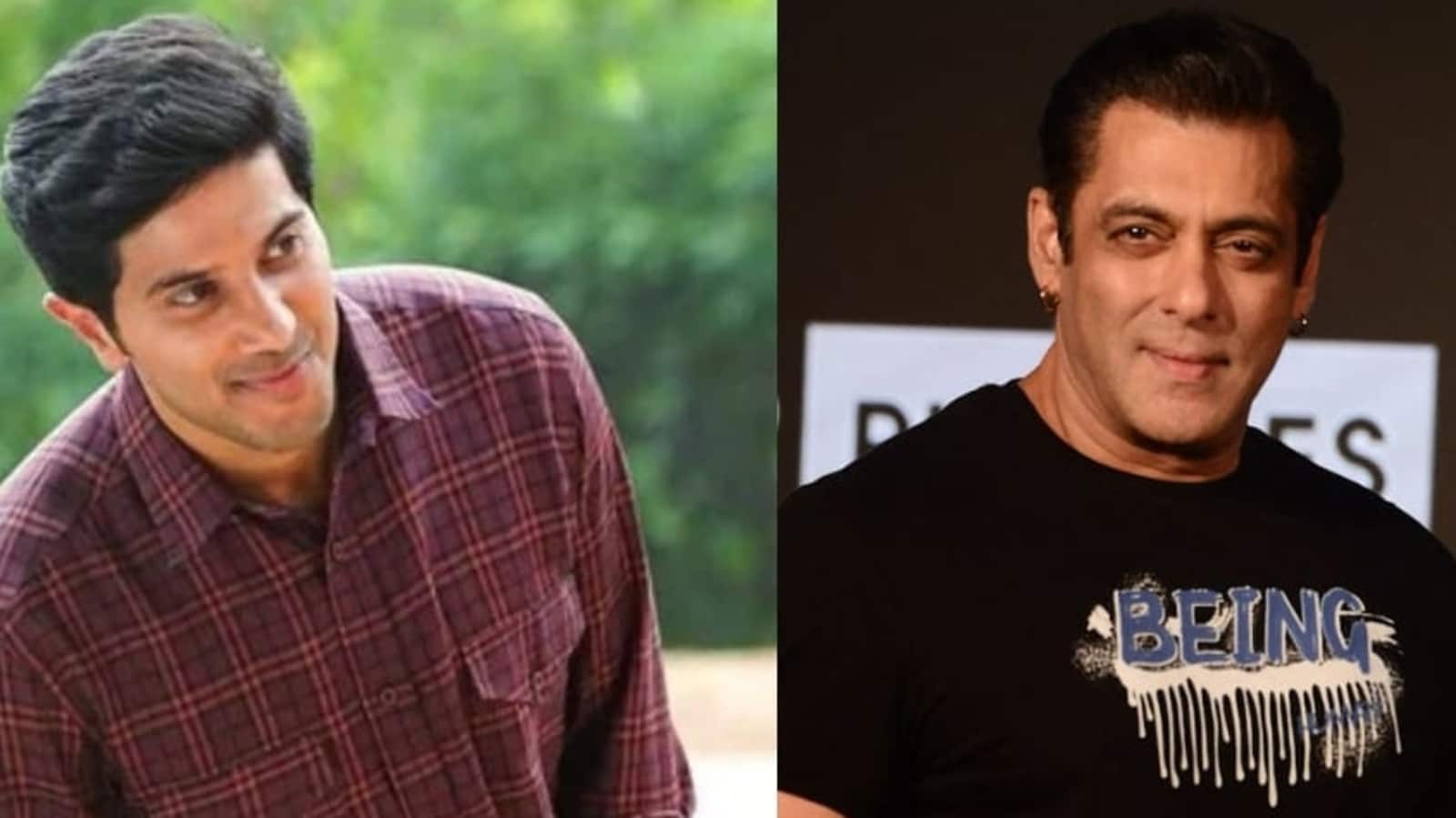 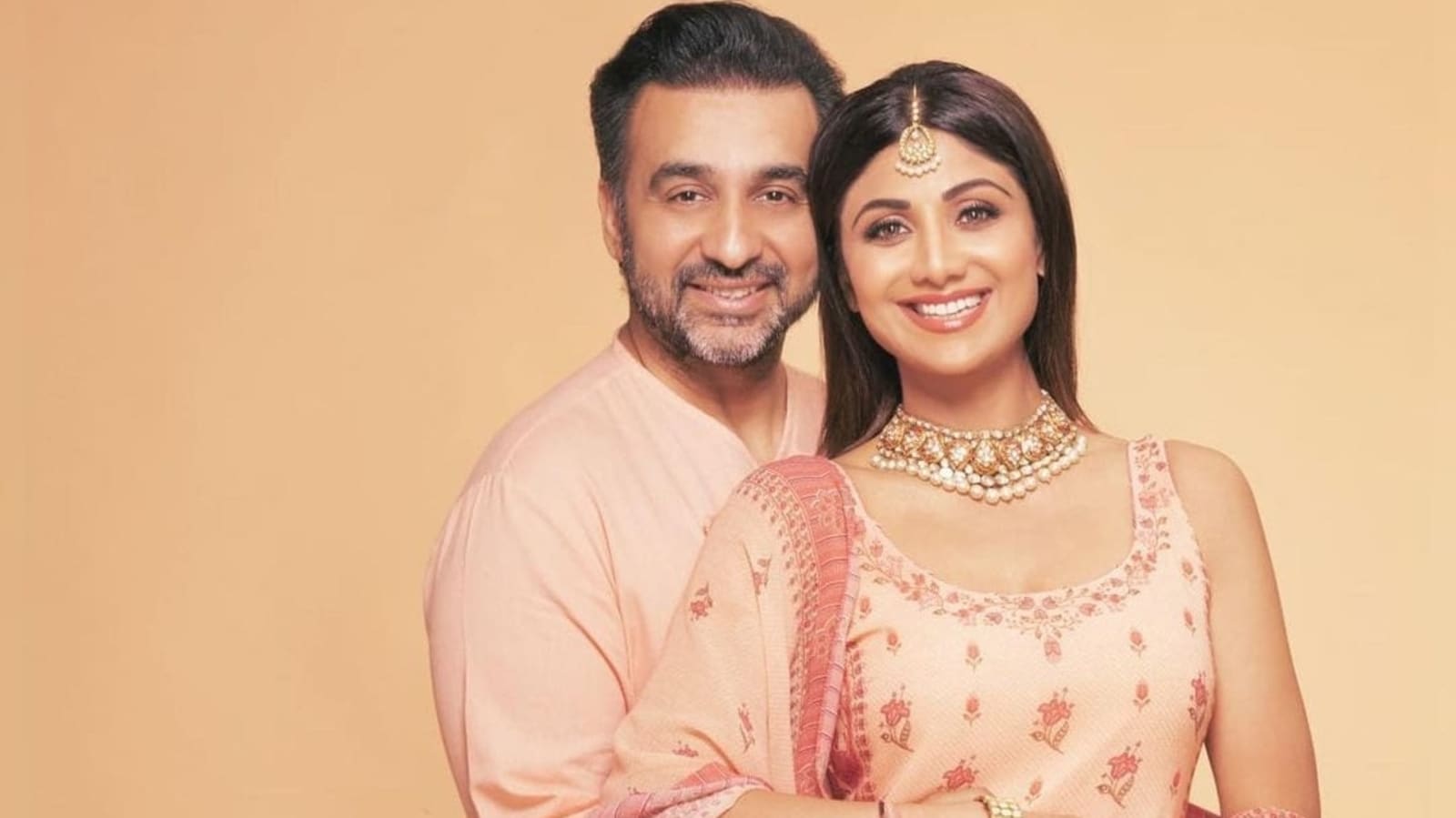 When Raj Kundra spoke about Shilpa Shetty’s image being hurt due to his controversies: ‘Jhelna hi padega’ | Bollywood 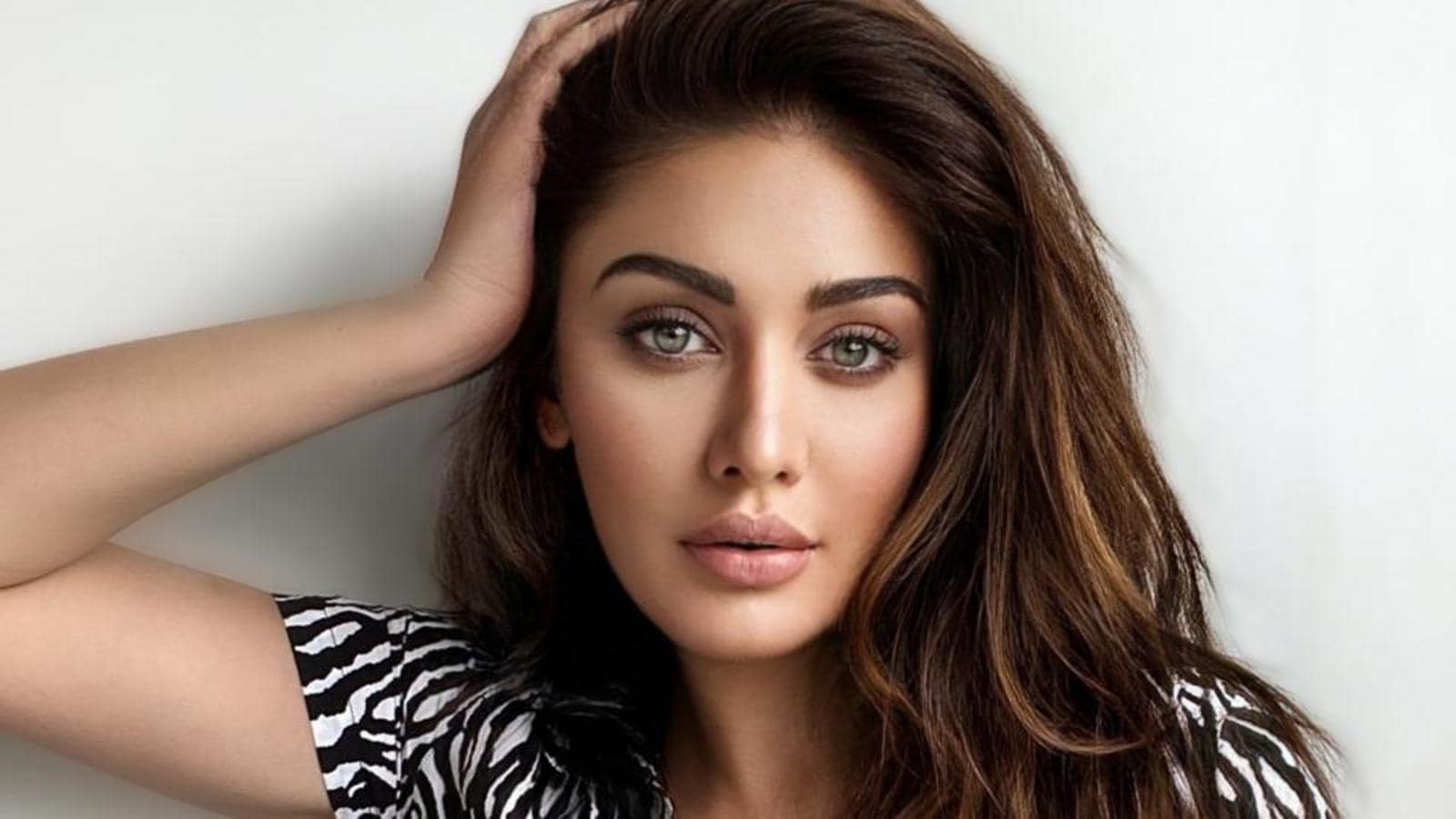