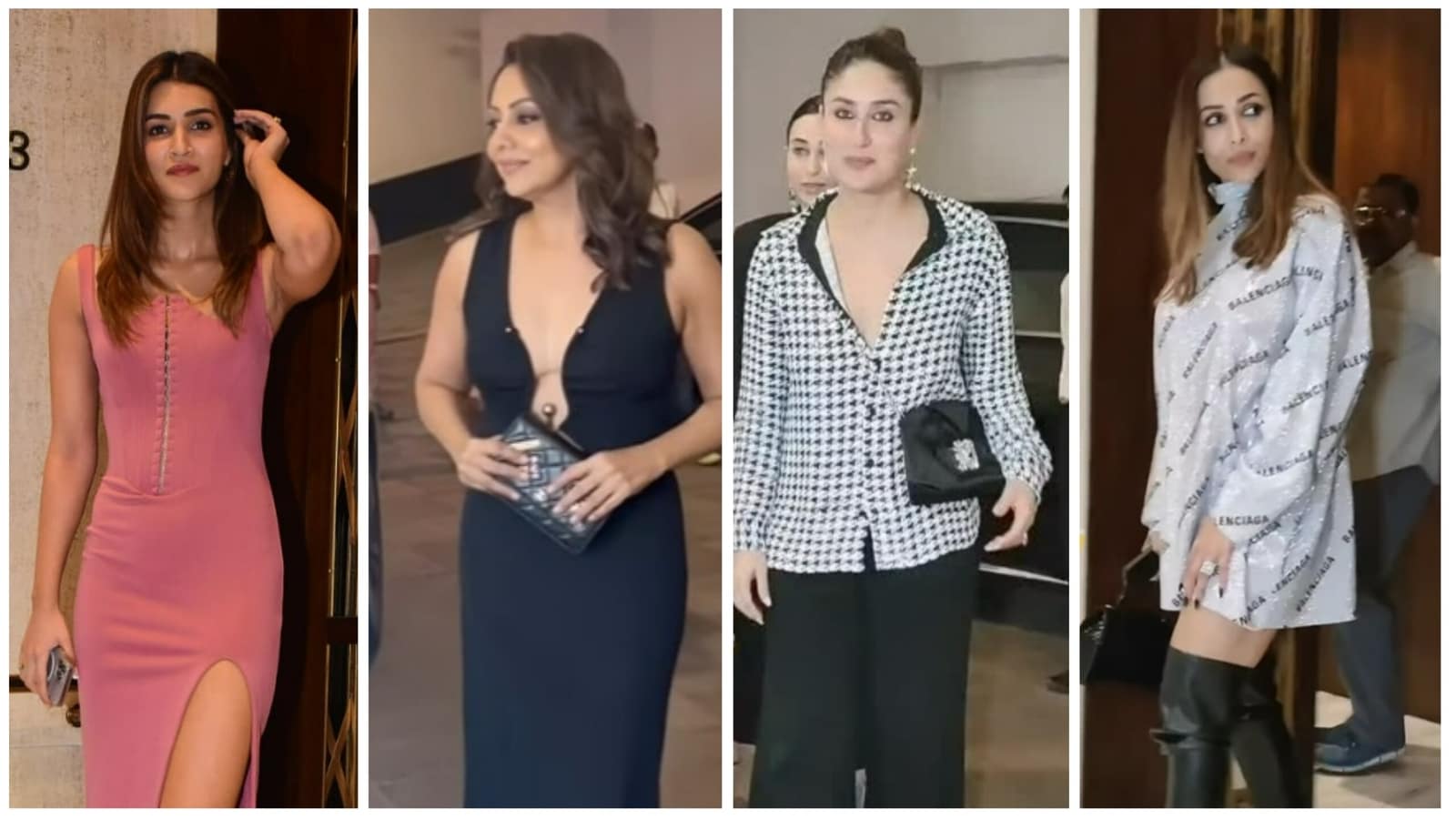 It was one starry night on Monday as several Bollywood celebrities turned up in their most stylish avatars for designer Manish Malhotra’s birthday bash. Gauri Khan was a vision in a black gown. BFFs Kareena Kapoor, Malaika Arora, Karisma Kapoor and Amrita Arora were also twinning in black and had a reunion at the party. Meanwhile, Janhvi Kapoor chose a bright backless dress and Kriti Sanon went for pink. Also read: Moving in with Malaika: Malaika Arora talks proposing to Arbaaz Khan, Farah says all was well between them till Dabbang

Kareena Kapoor and her entire girl gang posed together as they attended Manish’s birthday bash. She chose a simple check shirt and black pants for the party. Actor-sister Karisma Kapoor joined her in an informal black suit. Malaika joined her in short white top and high-heeled black boots. Her sister Amrita Arora wore a black top, black pants and a matching blazer.

Janhvi attended the bash with sister Khushi Kapoor. The former sported a backless orange dress, while Khushi was in a printed brown dress. They were seen making an exit together post the bash. Khushi is all set to make her film debut with Zoya Akhtar’s The Archies next year.

Kriti Sanon too made a style statement in a fitted pink dress with a thigh-high slit and matching heels. She was seen smiling as she posed for the paparazzi outside Manish’s house. Shilpa Shetty made a quirky style statement in a black and blue denims paired with a black top. She showed off her pants while posing for the photographers. Her sister Shamita Shetty joined her too and was seen in a black tee and short skirt.

Sara Ali Khan kept it simple in a white crop top and matching jacket paired with bell bottoms. Her Coolie No 1 co-star Varun Dhawan arrived with his wife Natasha Dalal. The latter is also a designer and was seen in a short and shimmery blue dress. Vaani Kapoor was also spotted in a printed white maxi dress. Nora Fatehi, meanwhile, posed in a black and beige dress. 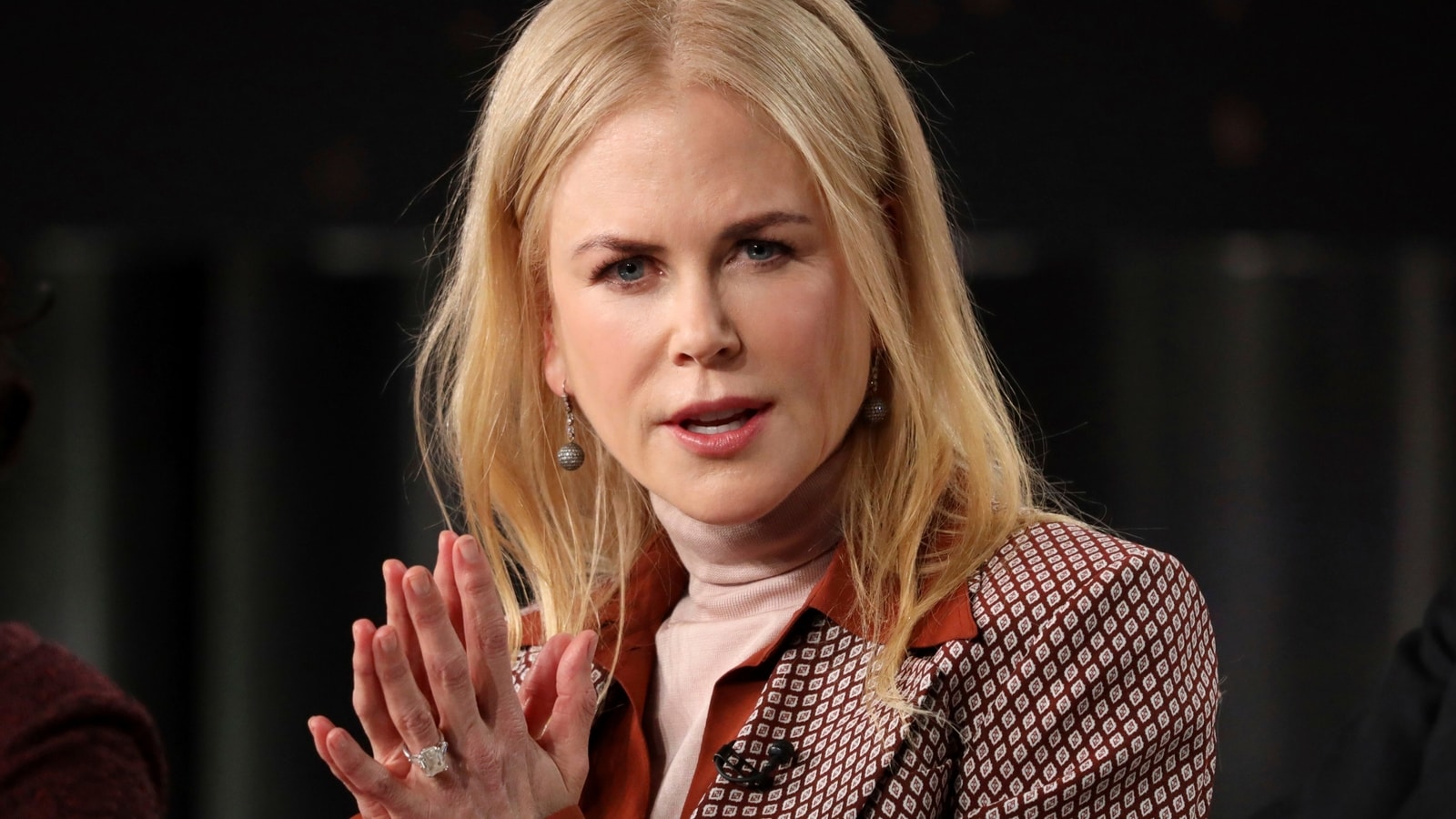 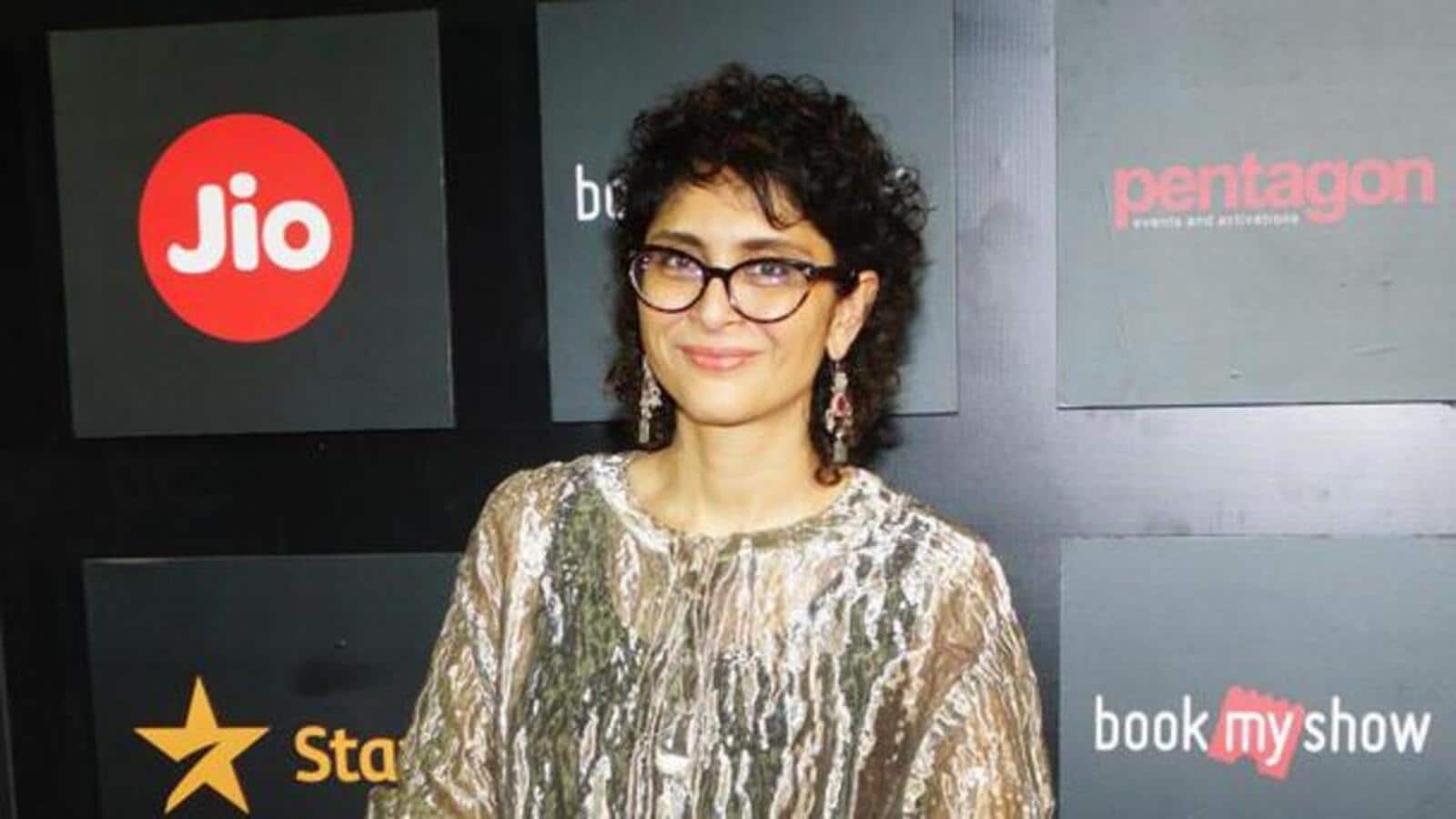