Foreign portfolio investors (FPI) continued to be the net sellers in the Indian market. As of today, foreign funds outflow has neared ₹2 lakh crore in the Indian equity market in less than six months of this year. The selling pressure from FPIs in the domestic equities is expected to continue in the near term especially as long as inflation stays stubborn at a multi-year high and above RBI’s comfort zone forcing further aggressive interest rate hikes.

NSDL data is compiled based on reports submitted to SEBI/Depositories by Custodians and constitutes trades conducted by FPIs on and up to the previous trading day(s).

However, data of Dr. VK Vijayakumar, Chief Investment Strategist at Geojit Financial Services stated that for the current year 2022 till June 17, FPIs have sold equity to the tune of ₹2,02,244 crore.

That said, so far in the first quarter of FY23 till June 17, FPIs have pulled out a massive ₹88,567 crore from the equities market.

So far this year, NSDL data further showed that the highest selloff was in March to the tune of ₹41,123 crore, while the outflow was at ₹35,592 crore and ₹33,303 crore in February and January respectively. In the period January to March, the total outflow is around ₹1,10,018 crore.

Vijayakumar said, “FPIs have been selling heavily in other emerging markets like Taiwan, and South Korea too. The strengthening of the dollar and rising bond yields in the US are the major triggers for FPI selling. Since the Fed and other central banks like the Bank of England and the Swiss central bank have raised rates, there is synchronised rate hikes globally, with rising yields. Money is moving from equity to bonds. In India, FPIs continued to sell in financials and IT where their holding is the largest.”

Earlier today, Vijayakumar also said, “The dominant theme impacting equity markets globally is the synchronised global monetary tightening and the consequent fears of economic slowdown. The probability of the US slipping into recession is much higher now. Markets are discounting these concerns. The PE of S&P 500 is now around 16, close to the long-term average. Europe is trading at around 11 times. Markets will bottom out earlier than the economy does.”

According to the Geojit chief investment strategist, in India, valuations have declined, but are even now above the long-term average. So, FPIs will continue to sell, capping a relief rally that can come at any time. 5 Stocks to Watch Out for Amid the Omicron Outbreak 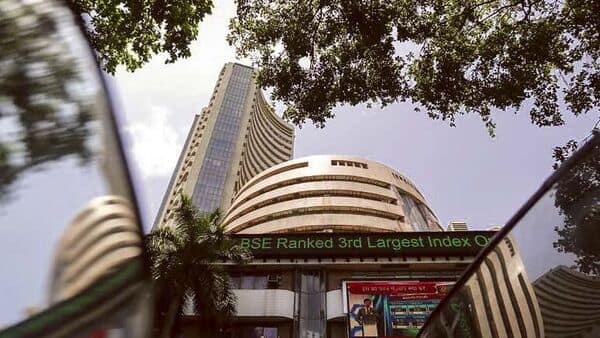 Adani Wilmar shares surge for fourth straight day, up over 80% from issue price