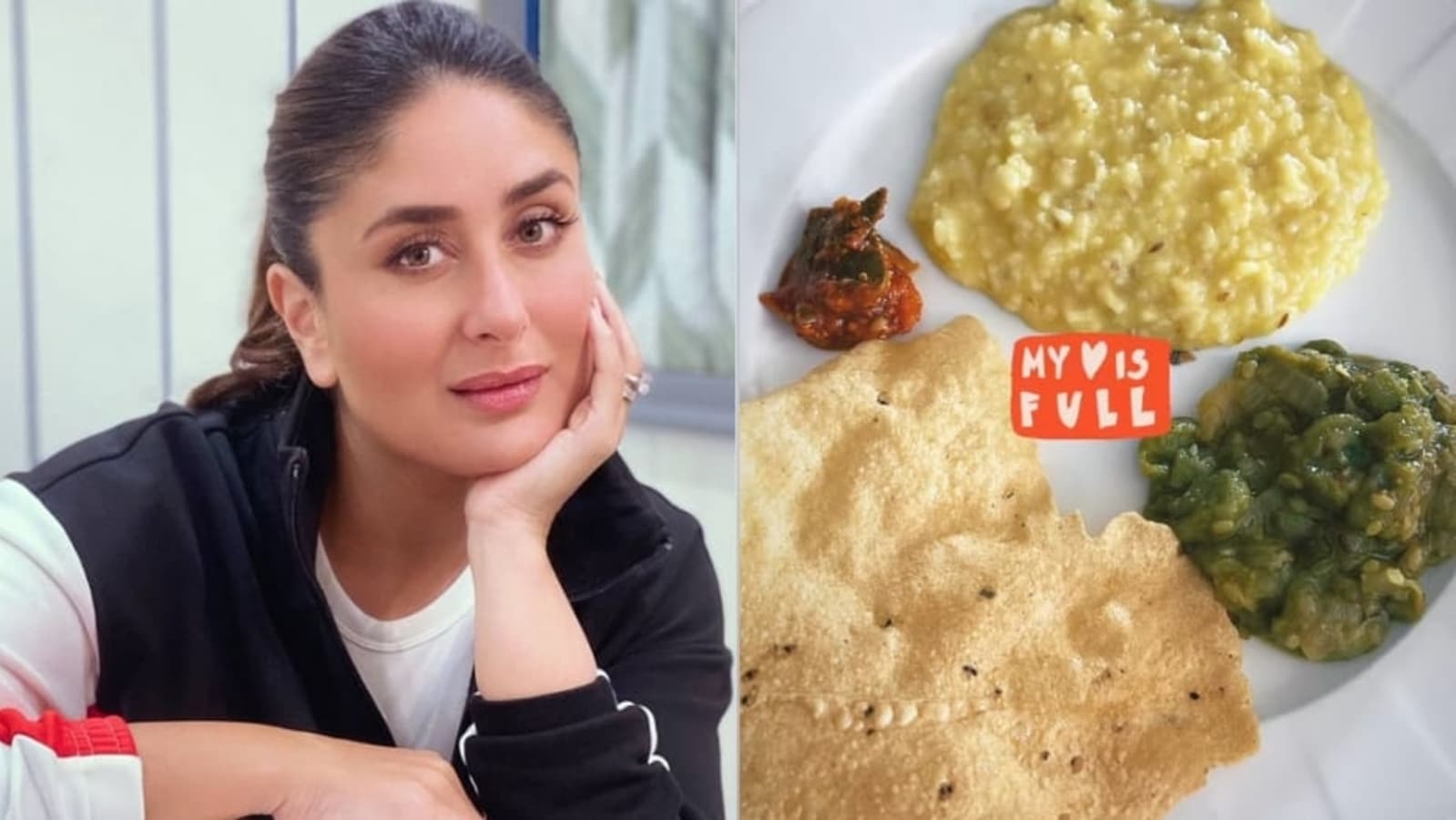 Actor Kareena Kapoor has been sharing a glimpse into her weekend. A day after giving fans a peek into her rigorous workout at home, the actor took to Instagram Stories on Sunday to share a photo of her meal. Kareena shared a plate with papad, achar, khichdi, and a green curry. Along with it, she shared a sticker that said ‘my heart is full’. She also tagged her dietician of many years, Rujuta Diwekar. Also read: Foodie Kareena Kapoor reveals the one dish that unites the Kapoor family

Kareena often shares pictures of her meals with her Instagram followers. She also tags Rujuta in her social media posts. She has been working with Kareena, since her ‘size-zero’ figure in Tashan (2008) made news, and was a part of Kareena’s two pregnancies with sons Jehangir and Taimur Ali Khan.

Last year, Kareena and actor-sister Karisma Kapoor were invited by Rujuta for a special Maharashtrian lunch at her home. Both Kareena and Karisma had shared pictures from their outing in September, 2022. Along with a photo of their plate, Karisma had written on Instagram, “Maharashtrian meal day.” Her caption was accompanied by the hashtag ‘yum yum’.

The actor also listed the many dishes they ate for lunch. Their Maharashtrian meal included jhunka, a sort of porridge, bhakri, a flatbread usually made of jowar or bajra, ambadi bhaji, a kind of vegetable stew, kothimbir vadi, a savory snack made of besan and nuts, solkadhi, a type of drink made with coconut, and bhoplyache bharit, a side dish made of pumpkin, curd, and nuts.

Earlier, Kareena had shared pictures and also revealed that she and actor-aunt Neetu Kapoor had enjoyed a wholesome meal as they shot together for a project. In a recent interview, Kareena, who is a self-proclaimed foodie, had spoken about the importance of food for the Kapoor family and also listed the one meal that they all enjoyed eating together. Speaking about the ‘big dish that united the family’, Kareena had told Brut India in an interview in December 2022, “The one big dish that we all love eating whenever we meet is paya… it is like a gravy, a curry. We kind of really, really trip on it.”

Kareena was last seen in the Aamir Khan-starrer Laal Singh Chaddha, which was released in theatres on August 11, but failed to perform well at the box office. The film was later released on Netflix. Kareena will be soon seen in Sujoy Ghosh’s adaptation of The Devotion of Suspect X. She recently wrapped up the filming for her thriller with Hansal Mehta. She is also gearing up for her upcoming film The Crew, which also stars Kriti Sanon and Tabu in lead roles. 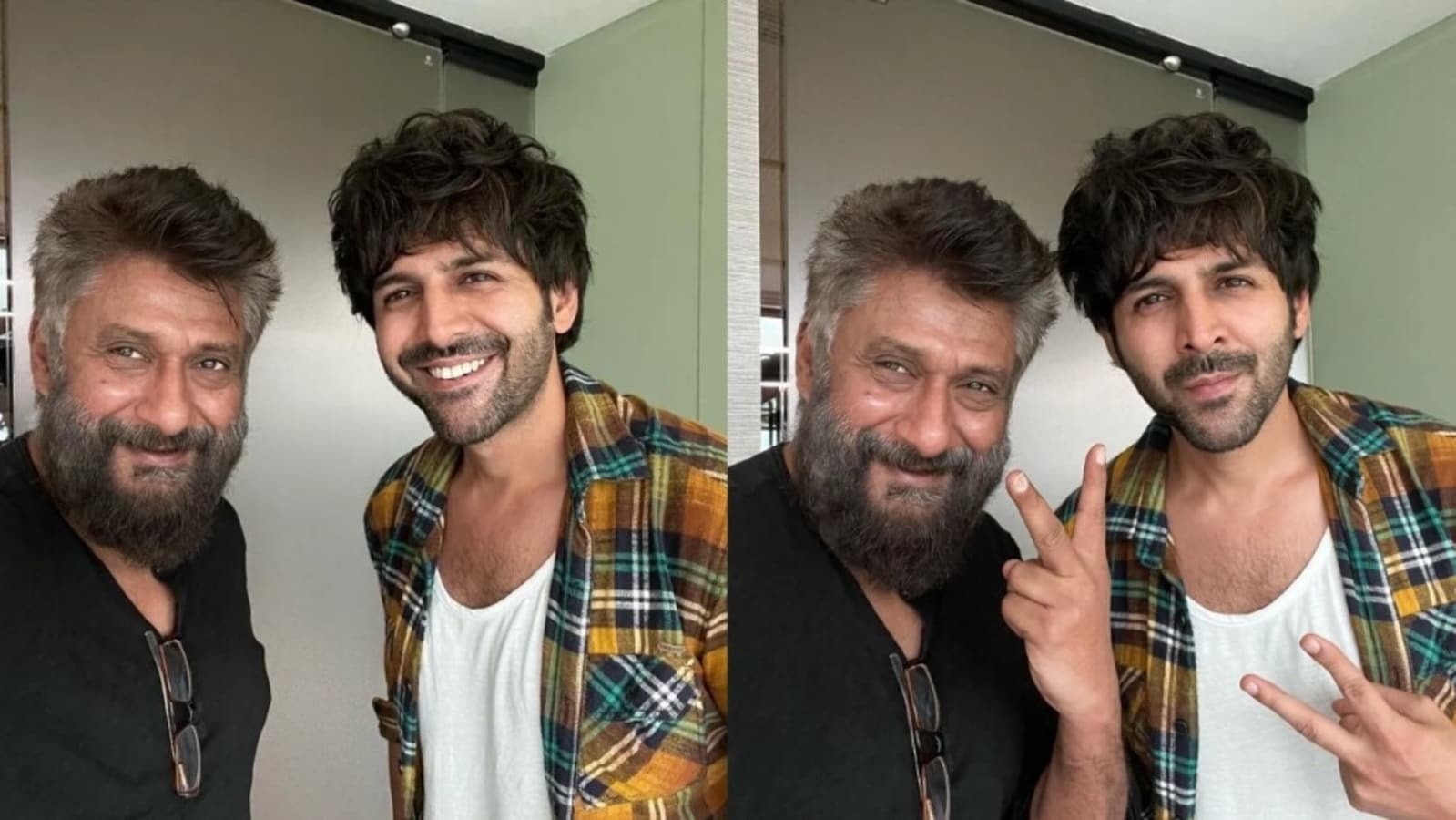 Kartik Aaryan poses with Vivek Agnihotri as he calls them small town, middle-class outsiders: ‘Made it on our own terms’ 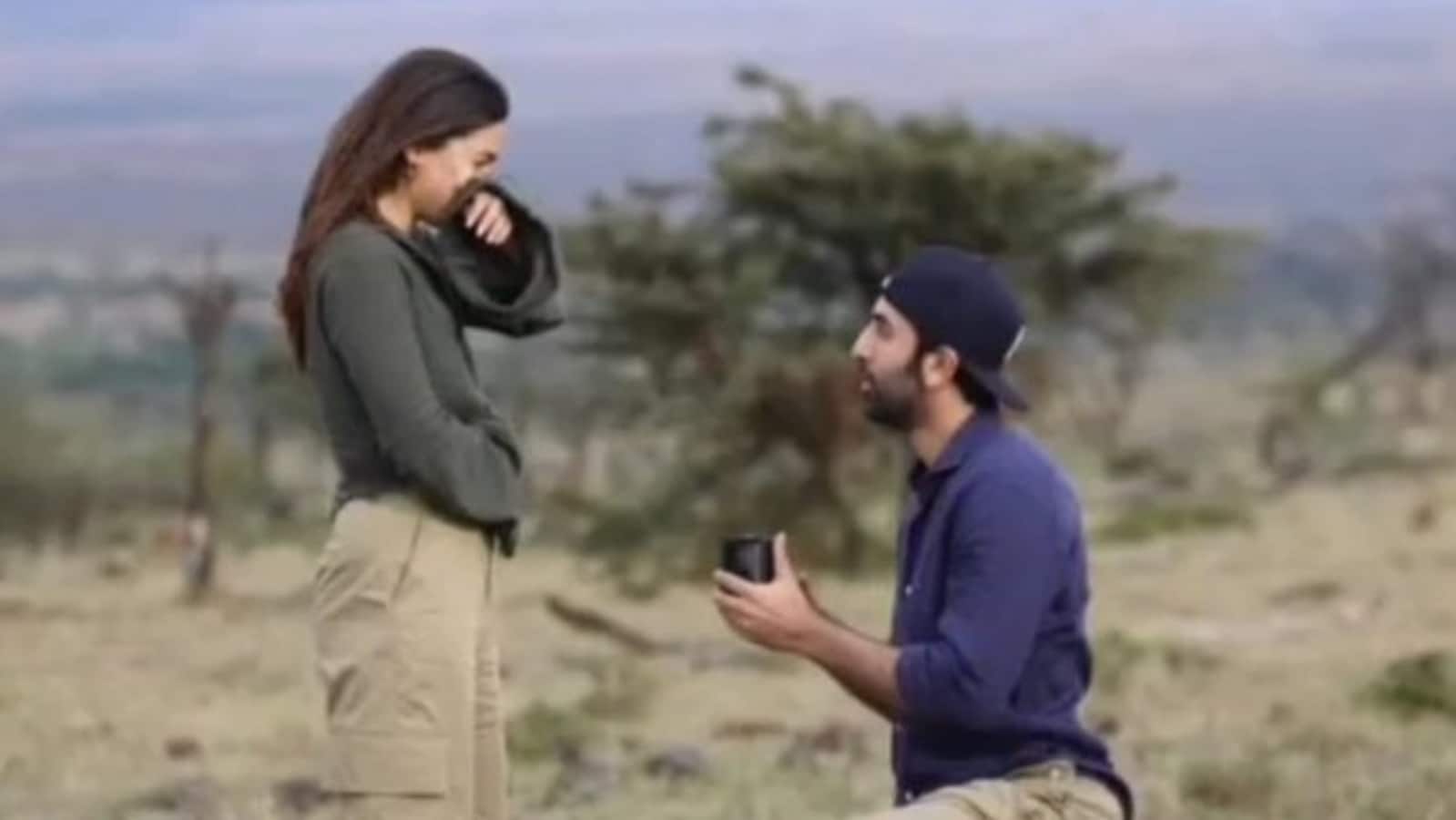