They were in El Salvador as part of “Bitcoin Week,” a series of events anchored by two conferences and featuring a spate of parties and impromptu get-togethers that gave industry experts and crypto faithful alike a chance to celebrate their allegiance to the digital token they see as a global game-changer.

Wearing hats with Bitcoin’s symbol and T-shirts emblazoned with the crypto mantra “buy the f*cking dip,” adherents who flocked to the Latin American nation said they aren’t worried about recent price swings and are invested for the long haul.

The centerpiece of the week was the annual Latin America Bitcoin and Blockchain Conference, a three-day event wrapping up on Friday.

On Wednesday night, hundreds of Bitcoin proponents bounced to Latin rap music in front of a stage with live music outside the event, downing cans of Pilsener and Golden, the popular local beers, as they decried the U.S. dollar and warned of pending hyperinflation.

“The dollar seems archaic to me” said Jose Schierano, a 51-year-old owner of an ice cream delivery business sporting white shorts and a black shirt that said “Bitcoin Country” in reference to El Salvador.

Schierano said he traveled from Cordoba, Argentina, to hear panelists speak at LaBitConf. He also attended a separate conference in Miami earlier this year where El Salvador’s President Nayib Bukele announced Bitcoin would become legal tender. The Argentine peso has slid 16% this year against the U.S. dollar, and strict foreign currency controls back home mean Schierano can only withdraw $200 in American currency per month, he said. “Bitcoin is the way around that, and you see it in other countries too, like Venezuela or Turkey, countries where central banks don’t have credible policies. Critics call Bitcoin shitcoin, but the real shitcoins are all the other fiats.”

Companies from Bitcoin ATM providers to cryptocurrency exchanges set up stands around the Teatro Presidente in El Slavador’s capital city. Some attendees planned trips to El Zonte, a beach town an hour away where Bitcoin first took off in El Salvador.

Meanwhile, Bitcoin mostly fell amid all the festivities. It declined every day except Friday and as the week ended was about 16% below it’s all-time high of almost $69,000 reached earlier in the month. The revelers were undeterred, with conference speakers predicting the price could reach $400,000 or even $1 million in the coming years.

Jose Luis Guillen, CEO of Coincaex, a Guatemala-based Bitcoin exchange, said the recent dip shouldn’t concern people who plan to hold on to their tokens. “I don’t worry about the price in the long term,” he said. “Bitcoin is in a 13-year-long bull-market.” Guillen said he has seen an increase in clients over the past year as inflation in the U.S. accelerated, and said his customers are increasingly older, now in the 45-to-65 age demographic compared with the 20- and 30-somethings he originally saw.

Jerri Schick, who traveled from Galveston, Texas to attend the event, said she has noticed the price of goods and services in the U.S. soar this year, making it more expensive to maintain the recreational-vehicle park she owns. She began purchasing Bitcoin in February and tries to buy between $20 and $100 a day of the cryptocurrency to help offset inflation. Her portfolio is up 40% since she began trading, she said.

“I think Bitcoin is the escape hatch for what is fixing to happen, the collapse of the U.S. dollar, bio-weapons and extinction-level events,” she said.

Colombian computer programmer Jessie Rodriguez said he is still a buyer of Bitcoin, which he started experimenting with in 2014. While Colombia doesn’t suffer from the hyperinflation of regional peers like Venezuela or Argentina, the nation’s peso is worth half of what it was seven years ago, eating away at his savings. Now, when he does jobs for foreign clients, he requests payment via Paypal and immediately converts his foreign wages into Bitcoin.

“I don’t even keep dollars anymore,” he said. “In the early days, Bitcoin was demonized and no one viewed it as a means of payment, but here in El Salvador you can use it to pay at Starbucks, or to buy pupusas. It’s a dream come true, and I hope the same happens in Colombia.”

Bitcoin became legal tender in El Salvador on Sept. 7 and the government launched its Chivo digital wallet, which came pre-loaded with $30 worth of Bitcoin. El Salvadorans quickly began speculating, buying dips and selling rallies with the wallet, which allows for rapid conversion to U.S. dollars. El Salvador’s economy minister Maria Luisa Hayem said at the conference that the move puts the nation of six million people “on the vanguard of technology.”

Samson Mow, CSO of Blockstream, a blockchain technology company, is even pitching the government on issuing a sovereign $1 billion blockchain bond. He met with government officials this week and says they have been receptive to his offer to sell a 10-year note to yield 6.5% and denominated in dollars. Under his proposal, he said the government would convert $500 million of the initial issuance into Bitcoin and, after five years, use proceeds of any appreciation in the cryptocurrency to pay investors a type of dividend. The mechanism would be done on the Liquid network, allowing for immediate settlement and would help the government circumvent the costs of bank intermediaries and a traditional issuance, he said.

“A financial system built on Bitcoin is inevitable,” Mow said. “You don’t need the World Bank, you don’t need the IMF. Bitcoin will save the day. This is the one chance we have to fix money.”

Bitcoin bulls certainly feel that way, and in El Salvador they see the beginning of a phenomenon they hope spreads around the globe.

“Money is changing in the world,” said Pablo Gonzalez, co-founder of Bitso, a Mexico-based cryptocurrency exchange through which Bukele’s government has bought 700 Bitcoins. “El Salvador took a very brave step towards accelerating that change in money. They are leading the Bitcoin revolution.” 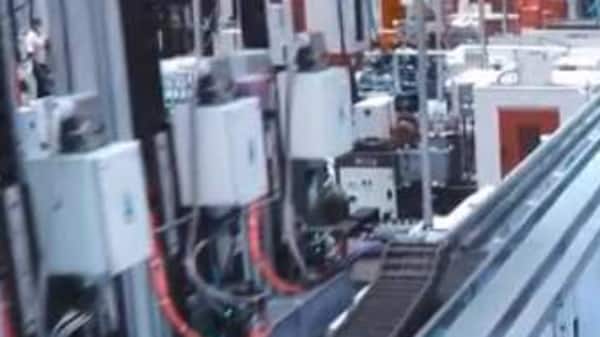