Photographs of Rahul Gandhi — new and old, and in different looks — dotted the road leading from Kanyakumari to Nagercoil as the Congress’s Bharat Jodo Yatra passed through. But one hoarding stood out: this one showed Rahul holding a plough, farmer-style. Clearly photoshopped, the image caught everyone’s attention.

A political yatra cannot be likened to a military-style parade. It is bound to be chaotic. Day One of the Congress’s yatra, thus, saw many leaders struggling to catch up with the main group of yatris. So the likes of Digvijaya Singh, Adhir Ranjan Chowdhury, Supriya Shrinate and K V Thangkabalu could be found walking with a group of Congress workers much behind the main yatra. The spirit, though, was high.

Giant From The Past

A large number of party workers wore T-shirts with the yatra route map on the front and a photograph of K Kamaraj, late Congress veteran from Tamil Nadu, on the back. In fact, huge cutouts of Kamaraj, who headed the party in the 1960s, could be seen at the rally venue and at some places en route, along with hoardings featuring Sonia Gandhi and Rahul Gandhi’s images.

State Congress leader Kumari Ananthan, 89, who belongs to the K Kamaraj era, unfurled the national flag before the yatra started on Thursday. Ananthan, uncle of Kanyakumari Lok Sabha MP Vijay Vasanth, Ananthan has an interesting past so far as padayatras are concerned. He had undertaken a march from Kanyakumari to Chennai — then Madras — in 1967 to spread the ideas and ideals of Mahatma Gandhi. Ten years later, in 1977, he undertook another padayatra from Chennai to Coimbatore with the same objective. As late as in 2017, he had undertaken an “ahimsa yatra” from Chennai to Paaparapatti in Dharmapuri district. Interestingly, Ananthan had twice left the Congress and floated separate political outfits. 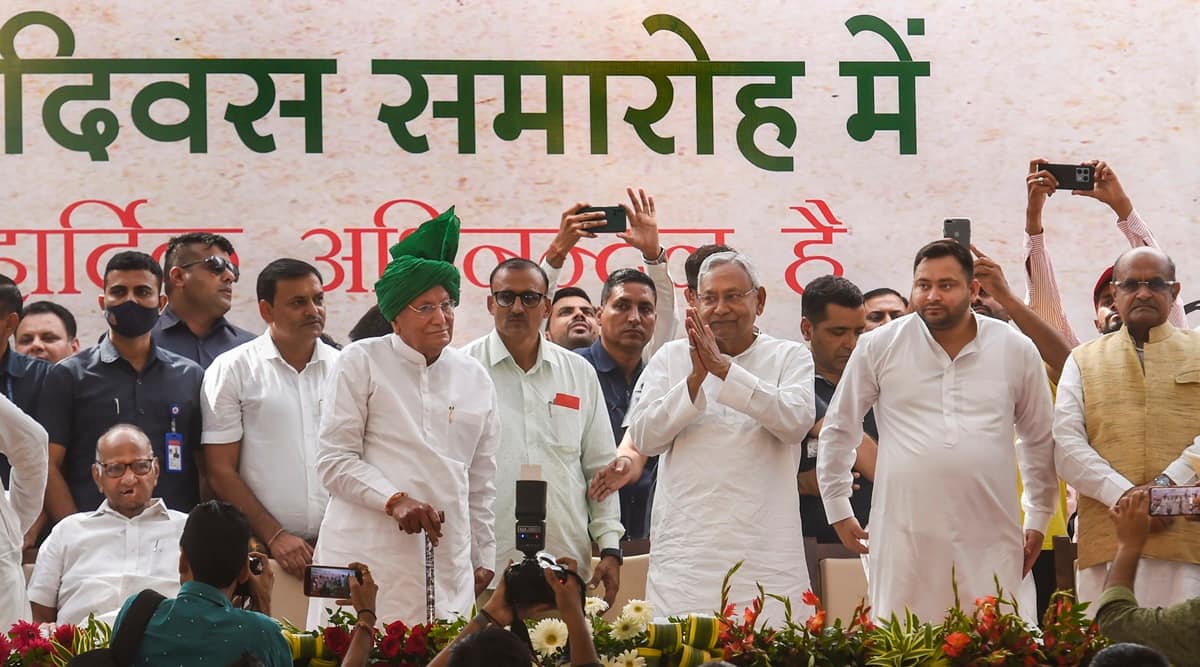