By late afternoon Thursday in Hong Kong, the greenback had strengthened markedly against a range of currencies in the Asia-Pacific region, including those of Australia, China and South Korea.

The surging dollar partly reflects the increasing draw of U.S. assets such as Treasurys, whose yields have climbed this year. But it also signals increased wariness among investors about riskier assets. Stocks in many parts of the world have slumped as concerns build about slowing global growth and rapid inflation, coupled with the risk that forceful action by the Federal Reserve could tip the U.S. economy into recession.

Sliding currencies are a particular headache for major commodity importers and for emerging markets with large stacks of hard-currency debt to service. They also present a challenge for central banks that have to balance discouraging capital flight with sustaining growth, which would usually call for lower interest rates.

Data released Wednesday showed U.S. consumer prices rose by a faster-than-expected 8.3% in April compared with a year earlier—a reading that is likely to keep pressure on the Federal Reserve to continue raising rates by at least a half-percentage point at a time.

The WSJ Dollar Index, which measures the U.S. currency against a basket of 16 others, rose 0.22% to 96.73. On Wednesday, it had settled at its highest level since March 2020, a month in which the emergence of the pandemic had fueled a stampede for dollars.

The ICE U.S. Dollar Index, another gauge of the dollar’s strength, which measures it against six major developed-market currencies including the euro and the yen, rose 0.4% to 104.277, putting it on course for its highest closing level in nearly 20 years.

“There’s a broad selloff happening, and people want to buy the dollar because it is a safe haven,” said Alvin Tan, head of Asia foreign-exchange strategy at RBC Capital Markets in Singapore.

Emerging-market currencies such as the offshore yuan, the Brazilian real and the South African rand were among those losing the most ground, Mr. Tan noted.

In Hong Kong, the city’s de facto central bank defended its longstanding peg against the greenback, saying it had sold U.S. dollars for the first time in more than three years.

Meanwhile, China’s offshore yuan weakened about 0.6% to trade beyond 6.8 yuan per dollar, a level that it hasn’t settled below since September 2020, according to FactSet. After months of relative stability, the Chinese currency has fallen rapidly in both onshore and offshore markets since mid-April.

In South Korea, which is also exposed to Chinese demand, the won weakened about 0.8% to trade at more than 1,289 per dollar by midafternoon, beyond the weakest close hit during the early stages of the pandemic. That put the currency on course for its weakest close since July 2009, during the tail end of the global financial crisis, FactSet data showed.

The north Asian nation is a major exporter of high-technology goods such as semiconductors, smartphones and cars, thanks to corporate champions such as Samsung Electronics Co., SK Hynix Inc. and Hyundai Motor Co.

That makes it vulnerable to a global slowdown in growth, and to shifts in sentiment about the tech sector, analysts say. In addition, the country is a major energy importer, while tensions with neighboring North Korea are also running high.

Elsewhere in the region, the Indian rupee weakened slightly to about 77.49 per dollar, paring earlier losses.

The market wasn’t focusing on domestic drivers for individual countries, said Mr. Tan at RBC, and recent interest-rate increases in India and Malaysia hadn’t had much impact on their currencies. The Reserve Bank of India surprised markets last week by lifting rates at an unscheduled policy meeting.

—Dave Sebastian contributed to this article. Rupee hits 6-week high against US dollar, rises vs euro 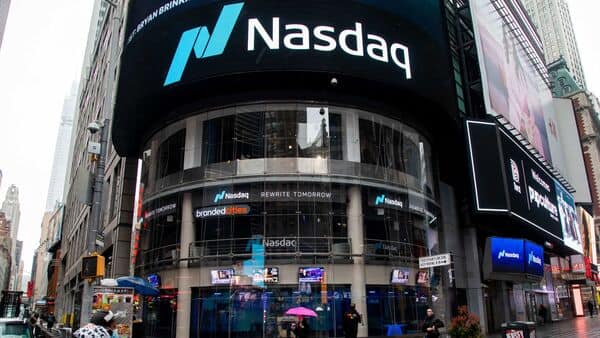