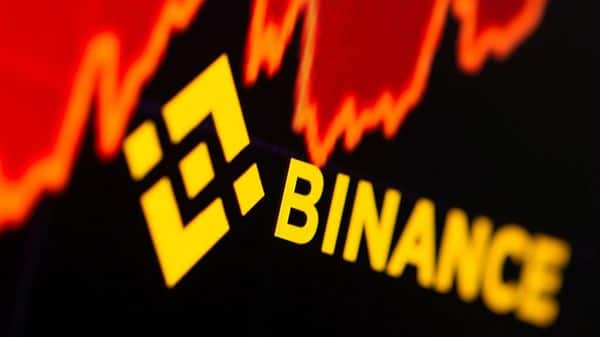 One of the world’s largest cryptocurrency exchanges said it would close all user accounts in mainland China by the end of the year, days after the country’s central bank declared all crypto-related transactions illegal.

Huobi Global, which was founded in 2013 and currently operates from offices in Singapore, South Korea, the U.S. and other countries, over the weekend said it stopped allowing new customers in mainland China to register accounts. The exchange will also gradually retire existing accounts in China by the end of 2021 to ensure the safety of its customers’ assets, it added.

Like Huobi, Binance was also originally founded in China. Both firms had been facilitating so-called peer-to-peer transactions by matching people who wanted to buy and sell cryptocurrencies using the yuan.

Beijing has regularly moved to rein in crypto-related activities, including by banning exchanges from operating within its borders since 2017 and more recently cracking down on crypto mining and forcing companies to shift their computers elsewhere. But individuals in the country have continued to find ways to trade bitcoin and other digital currencies, often via transactions facilitated by platforms operating offshore.

In a move targeting such platforms, the People’s Bank of China this month said it is illegal for overseas exchanges to serve residents in China through the internet. The regulator also warned that the firms’ employees based in mainland China would be investigated if they continued to advertise or offer crypto-related services.

The price of bitcoin dropped after the Chinese regulator’s notice on banning crypto-related transactions was published Friday. On Monday, bitcoin was trading at $43,490, according to CoinDesk, after recouping some recent losses.

Du Jun, a co-founder of Huobi, said in a statement that an unspecified portion of the exchange’s users are in mainland China, adding that the account closures would have a short-term impact on revenue. He added that nearly 70% of the group’s global business originates from other countries and that proportion is “steadily increasing.”

Mr. Du didn’t reference Chinese regulators’ toughened stance on the industry. He said Huobi has legal business licenses in multiple jurisdictions and “will double down on our compliance efforts and continue to build compliant operations on a global scale.”

On Monday, a Binance spokesperson said users in China haven’t been able to access its website since 2017 when it was blocked. The company also said its app isn’t available in China. Its peer-to-peer cryptocurrency trading service was launched in October 2019, according to a blog post by the company, which recently removed a reference to its services for the Chinese market.

FTX, a major crypto derivatives exchange that was based in Hong Kong, in recent days moved its headquarters to the Bahamas, an offshore tax haven.

Sam Bankman-Fried, FTX’s founder and chief executive, said on Twitter Saturday that the Bahamas is one of the few places with a “comprehensive framework” for cryptocurrencies.

“The Bahamas has emerged from Covid lively, safe, and without quarantine,” he added. It was an apparent contrast to the situation in Hong Kong, whose strict border controls and long quarantine requirements have drawn many complaints from the international business community.

“It is impractical to have a global business based out of a jurisdiction that we can’t easily take business trips from,” FTX said in a statement.

China’s tough stance on cryptocurrencies doesn’t directly apply to Hong Kong, which has been an active venue for the industry. But the city is considering its own rules, including by potentially limiting trading to professional investors—something FTX had already pre-emptively implemented. These auto stocks are ICICI Securities’ ​top picks in the sector I had no knowledge about bitcoin trading with cryptocurrency and that cost me a lot like losing money to scammers and having companies like this trying to hold my withdrawal. I had opened an account with them before and funded it with over one btc but I got no profit and when I tried to withdraw, they locked my account and denied my transactions. Each time I tried to contact them they redirected me.Fortunately, I read reviews of a true trading and recovery expect that got me my money back! Mrs( Sofiawilliams2396 )at gmail Shes good, trusted and guarantee profits within few days,I was scared at first but after getting my first profits, I’m happy to share this, simply send her a message now on WhatsApp chat
+1. 985. 240. 2623. OR. +1 971. 376. 0165

I initially invested a total of $2,050,000 over a period of 5 weeks with my broker. My bonus/profit was $8,300,000, every attempt to make withdrawal failed and I was instructed to make another deposit of $360,000 before I can make withdrawals which I did. Up till now, I’m still unable to make withdrawals and all attempt to contact broker has failed. This is very pathetic and I felt so bad losing my investment. I did a due diligence test before investing with them but guess what I ended up getting burned. This is to create awareness, not everybody can be as lucky as I was. I’m saying this because I was able to recover my funds. Thanks to a recovery specialist, they are private investigator and wealth recovery experts…Contact them via mail for more inquiries [email protected], OR WhatsApp chat 👇👇👇
+1. 985. 240. 2623…….. +1 971. 376. 0165
Thought someone might find this information useful