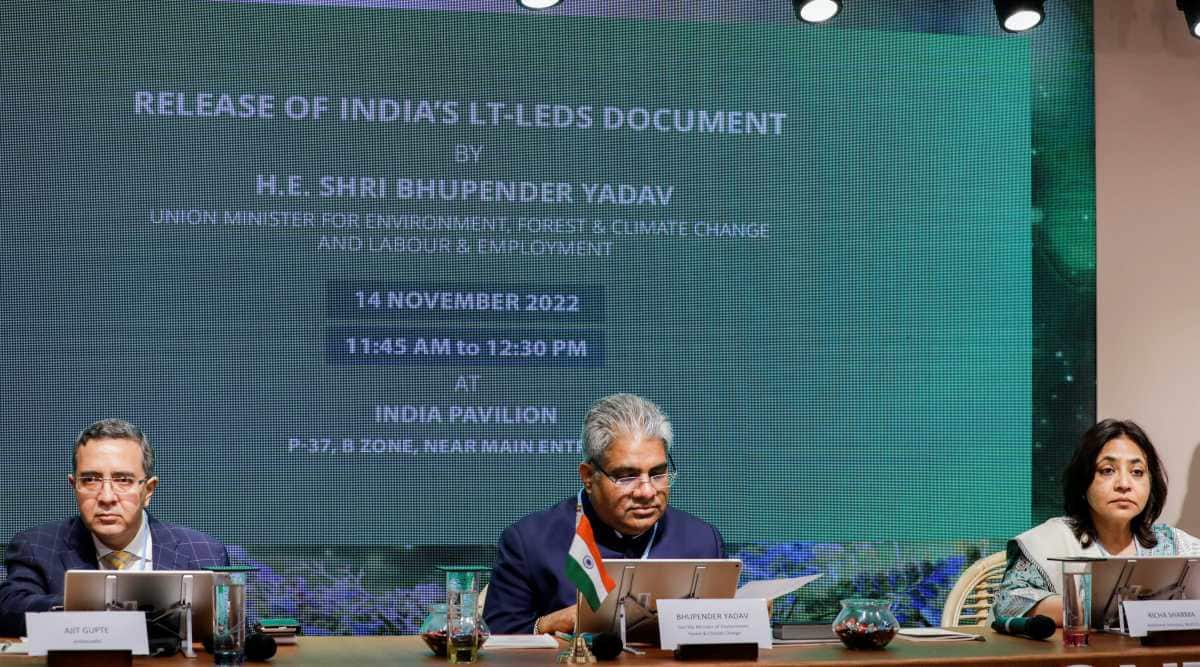 India on Monday firmly resisted calls for developing countries to raise ambitions at the ongoing UN climate summit in Egypt, saying “goalposts are being shifted constantly” while rich nations have “enormously” failed in delivering the technology and financial resources needed for low-carbon development.

Making an intervention at the “Ministerial High-Level Roundtable on Pre-2030 Ambition”, Union Environment Minister Bhupender Yadav said the developed countries must take the lead in raising ambitions as the bulk of finance and technology is available with them.

“The convention (UNFCCC) and the Paris Agreement both recognise this, but we have not had adequate action,” he said.

Yadav said the historical cumulative emissions of countries should be the measure of their responsibility to raise ambitions and the target set by some developed nations that they “must reach net zero even before 2030 and 2050 is not enough at all”.

“Unfortunately, with every decade, with every new agreement, with every new scientific report, more and more action is demanded from the developing countries. If goalposts are changed constantly, it will not yield results but only words and promises,” Yadav said.

The minister said it must be recognised that the opportunities for ambition vary across parties. If not, efforts to increase ambition from those who have little to give will only result in inaction, he added.

SC rues delay in filling of vacancies in consumer bodies

Govt panel seeks additional data from SII, says Covovax not yet been approved in country of origin