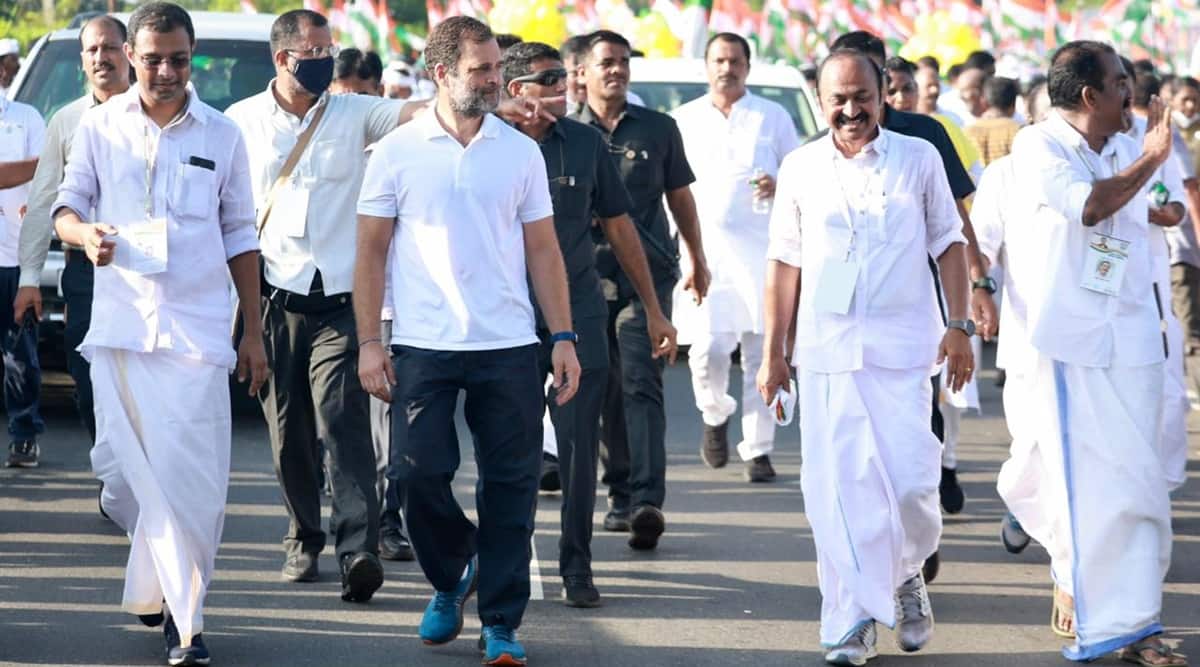 Senior Congress leader Rahul Gandhi, while speaking at a press conference in Kerala Thursday, said that the party president’s post is not a position but a belief system that represents India.

Explaining the need of the Bharat Jodo Yatra which is currently going through Kerala, Rahul Gandhi said, “We are fighting a machine that has captured the institutional framework of this country, that has unlimited money and ability to buy, pressurise and threaten people. The outcome of that is what you’ve seen in Goa.”

He added: “This yatra is meant to put forward to the people of India that the hatred and violence that is seen in India currently is not good for the country. Humility has always been a feature of India and that has been attacked by the current government.”