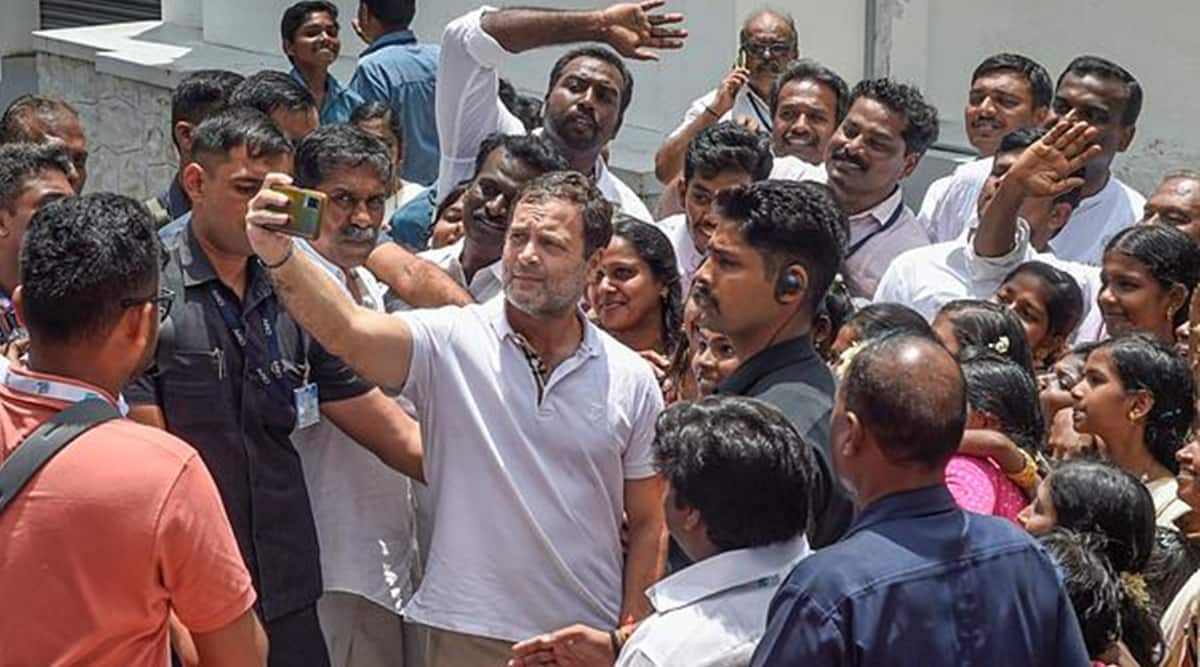 Hashtag politics: The BJP’s official social media handle put out an image of the Congress leader alongside a T-shirt similar to what he was wearing with a price tag that said INR 41,257, and a caption that read, “Bharat, Dekho”. In response, Saral Patel, the Congress’s national social media convener, said the BJP was “rattled by the public’s response” to the yatra and was “trying everything to divert people’s attention from it”.

Who is the Congress’ next President? Breaking his silence on the coming Congress presidential election and reports that he is not keen to contest, senior Congress leader Rahul Gandhi Friday said he does not see any “contradiction” between not heading the Congress party and yet leading – or “participating” in his words — the Bharat Jodo Yatra. He said he has clearly decided what he is going to do and asserted “there is no confusion in my mind at all”.

Congress on wheels: About 60 truck-mounted container vans turn into air conditioned bedrooms for the Yatris everyday. The containers are parked in colour-coded zones, depending on the number of beds they have. Apart from ones the 120-odd partymen walking alongside Rahul, from Kanyakumari to Kashmir, are staying in, there is a container turned into a mini-conference hall. We take you inside these containers. Thackeray vs Shinde: Supreme Court to hear on Sept 27 if EC can decide on ‘real’ Sena

No selective use of CUET for admissions, Centre tells AMU