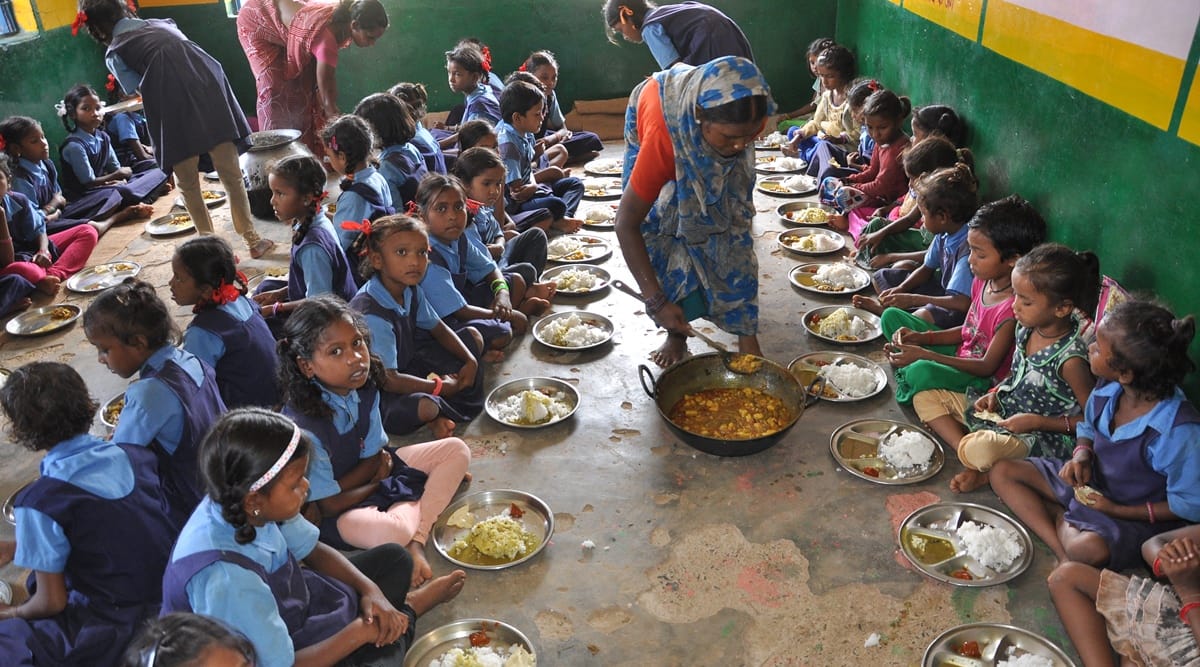 THE CENTRE has directed the states and Union Territories to carry out the social audit of the mid-day meal scheme in every district by November 30, with local authorities across the country running behind schedule in completing the task, which is mandatory under the National Food Security Act, 2013.

While many states have informed the Centre that the social audit exercise has been initiated in their jurisdictions but in many cases in the past, the final reports were never submitted to the Department of School Education and Literacy under the Ministry of Education.

For instance, the ministry told the Meghalaya government in February this year that it has not still not received the final audit report of the year 2019-20. In the case of Assam, the 2020-21 reports are awaited, which was conveyed to the state government in May.

Social audit of the scheme is important because it not only helps in detecting irregularities, including siphoning or diversion of funds, but also helps state and central authorities to get first-hand feedback from the local communities right at the gram sabha level.

Earlier this year, during the Centre’s meeting with the states where the annual budget and work plan were approved, it emerged that in at least nine states and four UTs, social audit for 2021-22 were not even initiated. Under the provisions of Section 28 of National Food Security Act, 2013 social audit of the scheme is mandatory.

“During the PAB-PM POSHAN meetings also the states and UTs have been directed to conduct social audit in all schools covering all districts for the year 2021-22 and also advised to conduct social audit of the scheme in all the districts every year. You are therefore requested to initiate action for conduct of social audit of PM POSHAN in all districts in your state/UT for the year 2021-22 on priority basis and as per MoE guidelines and conclude it with mandatory Public hearing by 30th November 2022,” the ministry communicated to the states and UTs on August 31.

States which reported not to have carried out social audits in 2021-22 include Arunachal Pradesh, Bihar, West Bengal, Uttarakhand, Telangana, Punjab, Odisha, Haryana, Chhattisgarh. In the UTs of Andaman and Nicobar Islands, Puducherry, Ladakh and Lakshadweep, social audits have never been done, show records.

While many cited school closure on account of Covid-19 as a reason for not doing it, they were supposed to audit even the distribution of dry kits, which replaced the hot cooked meals during the prolonged closure of schools. Rajasthan, for example, was among the states which did that, according to records of mid-day meal Public Advisory Board (PAB) meetings.

On the other hand, even among states which technically conducted audits, the guidelines were not followed. Gujarat, for instance, informed that it is carrying out audits in 60 schools of only three districts, instead of all as the rules mandate.

“The objective of social audit is to create awareness among beneficiaries about the scheme, to empower public/beneficiaries to hold the government accountable, to address problems and identify bottlenecks at the grassroots level so that strategic approach may be adopted for effective implementation of the scheme and it also helps in popularizing and strengthening the scheme at the grassroots level,” the Centre said in its August 31 letter to the states.