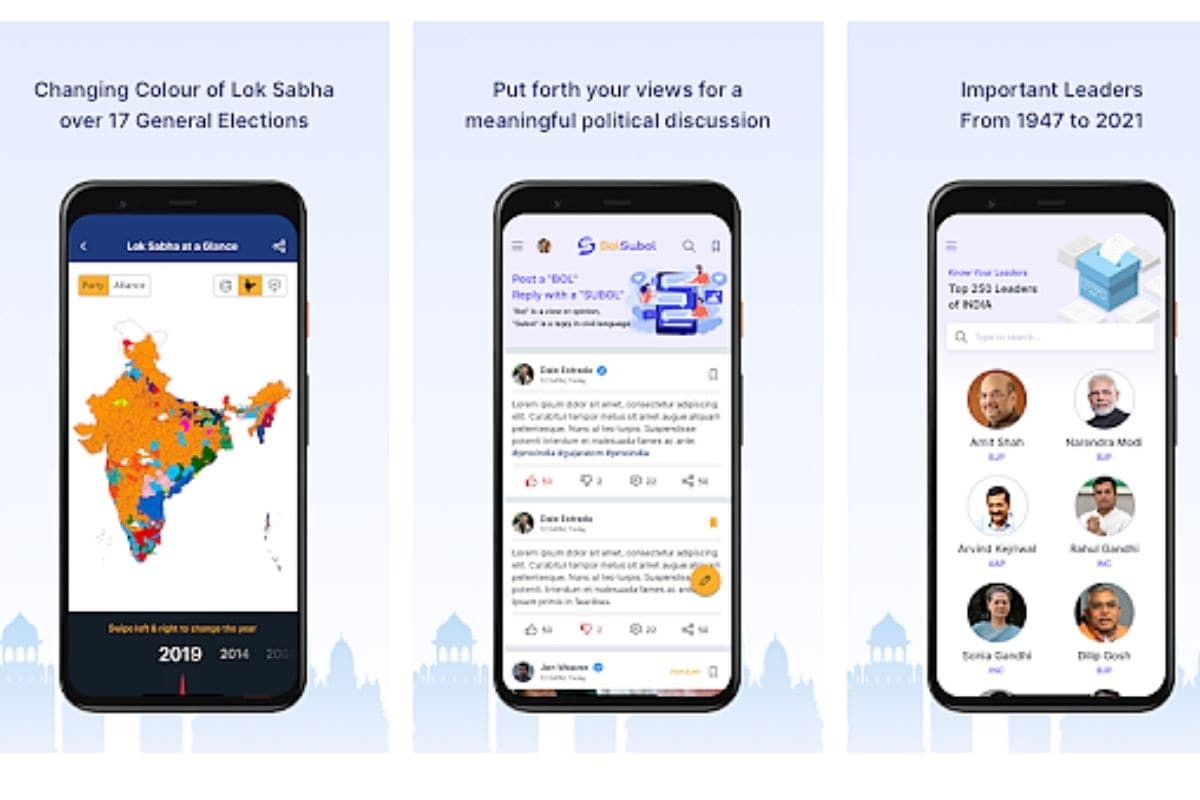 BolSubol, a mobile app for election-related data has been launched by Navi Mumbai-based startup Demokratika. The app has made its debut on Google Play Store ahead of the State Assembly (Vidhan Sabha) elections in Tamil Nadu, Kerala, Puducherry, Assam, and Bengal. The startup claims that the app presents election data for all Vidhan Sabha and Lok Sabha election from 1960 to 2021 in an interactive visual format. The iOS-specific app will launch on March 15. The BolSubol mobile app aims to provide poll-related data for the UK, Canada, Germany, France, Italy, and Spain in future.

As per the app’s official Google Play Store listing, BolSubol is not connected with any government organisation, department, or entity. The app’s goal is “to present publicly available information in a more visually appealing format and allow for civil social conversations.” The main sources of data on the BolSubol include the Election Commission of India, World Bank, Wikipedia, and public news sources. Demokratika aims to make the app a one-stop place for all election-related data. It also includes opinion polls by different news agencies, the Google Play listing states.

Speaking more over the development of BolSubol for Android and iOS, Demokratika executive and one of the directors, Ritesh Verma told PTI, “Except the election commission’s efforts, not much seems to be done by political parties to empower voters. Hence, the app is rolled out. It will offer a powerful microblogging tool.” He added that some features on the app come behind a paywall.

The BolSubol app also seemingly contains information on rallies and speeches, election schedule, economic and demographic data, and global rankings. Notably, the ECI also has its own mobile apps to provide poll-related data. With the Voter Helpline app, users can search their name on the electoral roll and get other FAQs on elections, EVM, and results. Whereas, the Mx. Democracy app is a gaming app co-developed by the National Institute of Design (NID) Bangalore. The app aims to provide a history lesson of elections in India via interactive missions. Even the CEO of Zoom says he has Zoom fatigue BSNL, MTNL to get spectrum for 5G services without participating in auction – ET Telecom