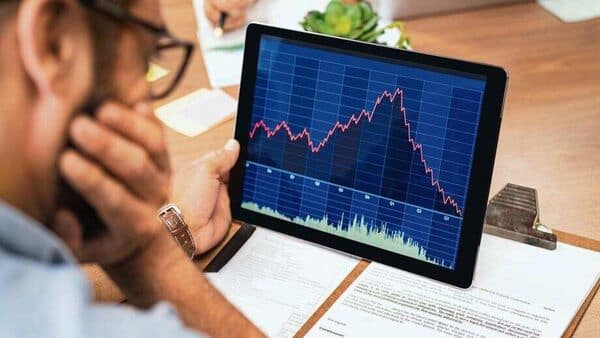 Indian stock markets fell sharply today in afternoon trade, with Sensex falling about 1,100 points – its biggest drop in 3 months. The Nifty finished 2% lower at 17,530 levels. Analysts attributed the nervousness on Dalal Street to weak global cues on fears of aggressive tightening by the Fed in the face of warnings of a global recession. Rating agency Fitch earlier this week cut India’s gross domestic product growth forecast for the current fiscal year to 7% from 7.8%, amid a slowdown triggered by global economic stress, elevated inflation and tighter RBI monetary policy.

Indian equities had outperformed peers on expectations of strong domestic economic growth but analysts say it difficult to sustain the decoupling from global trend.

“In this challenging environment it would be difficult for India to sustain the decoupling from the global trend which has been a recent pattern in India. Moreover, FIIs have halted their sustained buying and have turned sellers, though this is not yet a trend,” said VK Vijayakumar, Chief Investment Strategist at Geojit Financial Services.

Foreign investors sold a net $173 million worth of Indian equities on Thursday, snapping a seven-day long buying streak. From the Sensex pack, Tech Mahindra and UltraTech Cement fell over 4% each, emerging as the major laggards. Among others to settle in the negative territory were Infosys, Mahindra & Mahindra, Wipro, TCS, Nestle and Reliance Industries. IndusInd Bank emerged as the only gainer.

“Indian equity markets are witnessing some selling pressure after a long period of resilience. Global cues continuously remain weak as there is a sharp surge in the dollar index and US bond yields post US inflation numbers. We may continue to outperform but we can’t remain in isolation for a long time. Global markets are looking nervous ahead of the Fed meeting because there is talk of a 100 basis rate hike while a 75 basis rate hike was already discounted,” said Santosh Meena, Head of Research, Swastika Investmart Ltd.

“Technically, Nifty is facing resistance at the 18,100 level and it has slipped below its 20-DMA of 17700 which may lead to some more selling pressure where 17470-17400 is an immediate demand zone then 17150 is a sacrosanct support level. Bank Nifty is outperforming but yesterday, it ends at a day’s low after hitting a fresh all-time high which is a little disappointing. On the downside, 40900-40700 is an immediate demand zone; below this, 40270 is the next important support level,” he added.

All eyes are on the Fed, which has already instituted two consecutive 75-basis-point hikes and is widely expected to carry out a jumbo-sized hike next week.

VK Vijayakumar, Chief Investment Strategist at Geojit Financial Services, said Indian market has started showing some indications of fatigue. “Globally, the major concern now is that the Fed might oversteer the economy and end up raising rates too much too fast, pushing the US economy into a sharp recession. There are talks of the terminal Fed rate rising to 4.25%. Sharply rising rates, rising bond yields and rising dollar are negatives for equity.”

Investors may adopt a wait and watch attitude till the Fed meeting is over on 21st September, he suggested.

Aishvarya Dadheech, Fund Manager, Ambit Asset Management, said: “Investors are widely expecting an aggressive rate hike next week, with 1/3 of market respondents expecting the FED to do 100 bps, whereas a 75 bps hike is mostly discounted. To combat pressure on the rupee, the RBI most likely will have to do at least 50 bps rate hikes soon. The Indian Ten Year yield spiked 15 bps to 7.25% in the last three days, in expectation of the same. The adverse rub-off impact of this was felt in the Indian equity market also, over the last three sessions including extended losses on Friday.

“Further to that, the World Bank gave a gloomy picture of world economies heading toward deep recession, as central banks across the world simultaneously hike interest rates to combat persistent inflation. Fitch especially cut India’s economic growth forecast for 2022/23 to 7% from 7.8%. All this fuelled the jitteriness and led to a surge in the Indian market fear index (VIX) above 20, for the first-time post-June 2022. We expect the market to remain volatile in the coming weeks before the market gets more cues from the ensuing quarterly season, which begins early next month,” he said.