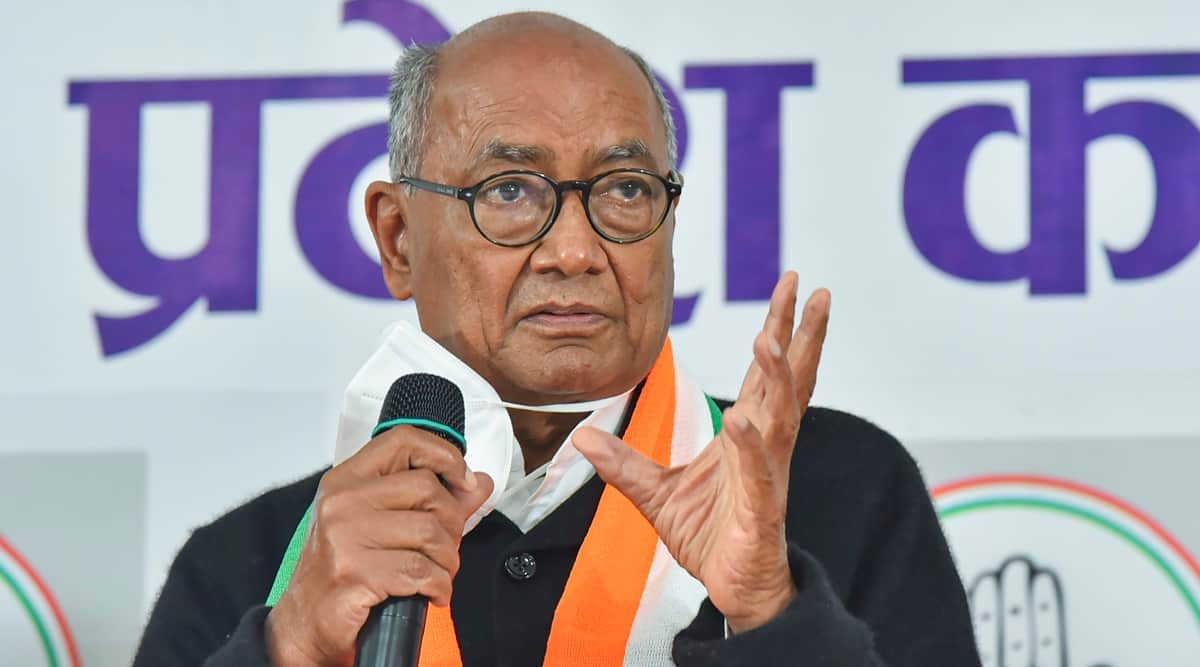 Congress leader Digvijaya Singh on Tuesday said RSS chief Mohan Bhagwat was “compelled” to visit a madrasa and a mosque due to the impact of Rahul Gandhi-led ‘Bharat Jodo Yatra’ and soon Prime Minister Narendra Modi will start wearing a “topi” (cap).

Singh, who heads the organising committee for the Yatra, claimed PM Modi wears a “topi”- an apparent reference to the skull cap worn by Muslims- in Saudi Arabia and other countries but avoids doing so after returning to India.

“The BJP is targeting Rahul Gandhi these days because (Rashtriya Swayamsevak Sangh chief Mohan) Bhagwat started visiting madrasa and masjid within a month of the ‘Bharat Jodo Yatra’. PM Modi will also start wearing a topi in a few days,” Singh told reporters.

Narendra Modi had refused to put on a skull cap offered by a Muslim cleric during his sadbhavna fast in Ahmedabad in September 2011 when he was chief minister of Gujarat.

Bhagwat visited a mosque and a madrasa (Islamic seminary) in Delhi in September and held discussions with All India Imam Organisation chief Umer Ahmed Ilyasi.

Within two months of the Yatra, which started from Kanyakumari on September 7, a senior Sangh leader had to say the poor of the country are becoming poorer and the rich are getting richer, Singh said.

“You will see what happens when this yatra reaches its final destination, Srinagar,” he said.

On President Droupadi Murmu attending the state government’s ‘Janjatiya Gaurav Divas’ event in Shahdol district, Singh alleged the ruling Bharatiya Janata Party relied only on gimmickry in the name of the welfare of people belonging to SC and ST communities.

“We are proud that Droupadi Murmu is the President of our country. We hope she will speak about atrocities committed on tribals in Madhya Pradesh. If she does not want to speak on this subject, she can give some time to our delegation to discuss this issue with her,” the Rajya Sabha MP said.

“The Prime Minister should tell what benefit his government provided to crores of Dalits of the country during President Kovind’s tenure,” he said.

On the Aam Aadmi Party (AAP) and All India Majlis-e-Ittehad ul Muslimeen (AIMIM) canvassing for the next month’s Gujarat assembly elections, the Congress veteran reiterated these parties are parts of the “Sangh’s vision of ‘Congress-mukt Bharat’. “They are the B team of BJP,” he alleged.

He claimed AAP and AIMIM, led by Asaduddin Owaisi, contested elections only to cut the votes of other parties in a bid to help the BJP.

Reliance net jumps 43% as it fires on all cylinders

BJP whip to Rajya Sabha members: Be present throughout the first day of winter session