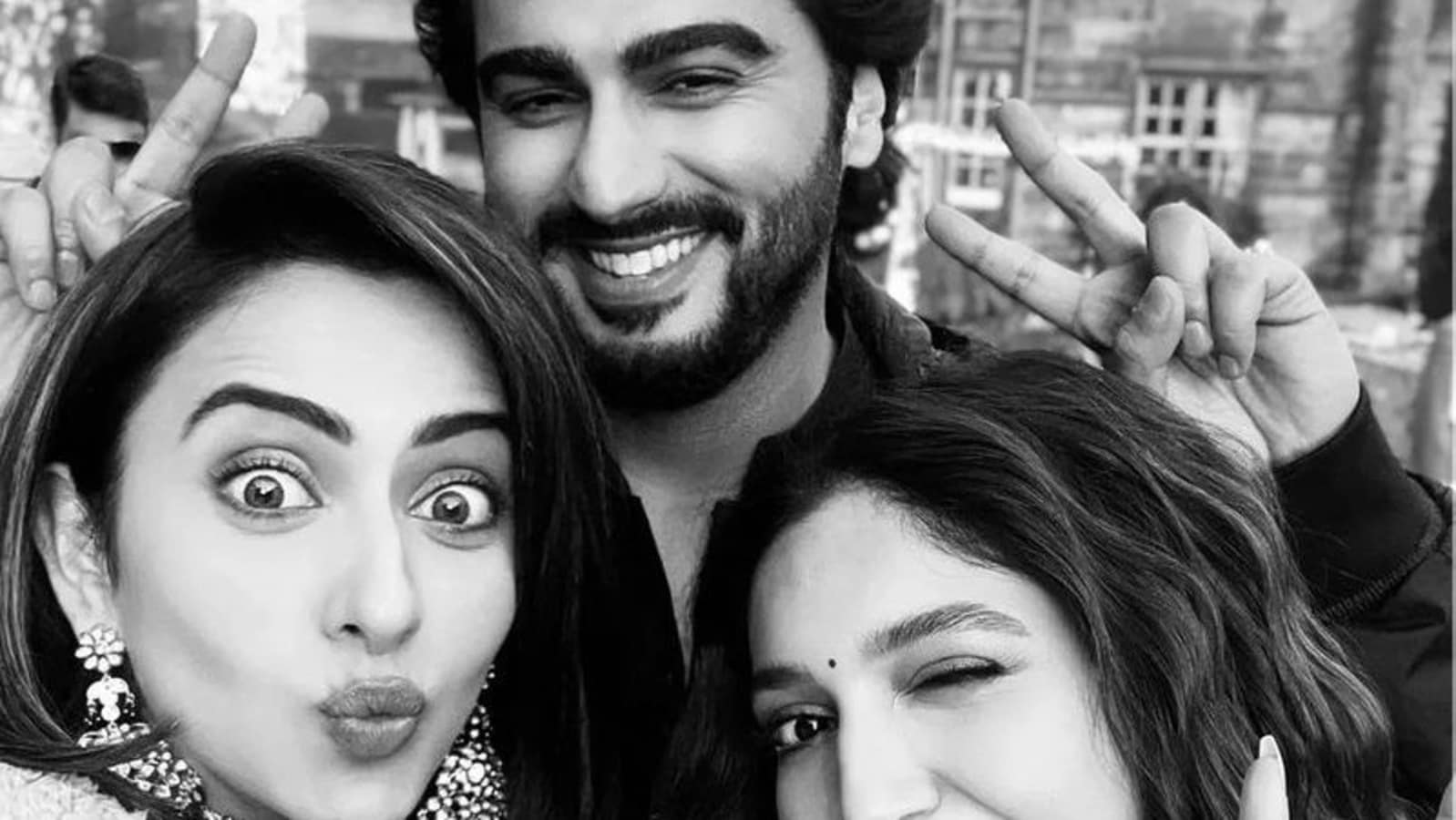 Arjun Kapoor took to Instagram and shared a picture with Rakul Preet Singh and Bhumi Pednekar. He announced his upcoming movie with both of them in a poetic style. He stated that the title of the movie will be unveiled soon. Along with fans, Rakul Preet Singh reacted to his post. (Also read: Malaika Arora congratulates Arbaaz Khan for his upcoming movie Patna Shukla)

Arjun posted a happy and black and white selfie featuring Rakul Preet Singh and Bhumi Pednekar. All of them were all smiles in the picture. Rakul made a pout and Arjun and Bhumi made a victory sign with their fingers. Rakul and Bhumi wore heavy ethnic earrings and Arjun wore a sweatshirt and stood in the middle. All three of them looked straight into the camera.

Sharing the picture on Instagram, Arjun wrote in a poetic style, “Picture aadhi se zyaada done hai, Director Saab too much fun hai, Humari jodiyan tan tana tan tan hai, Title jald hi batane waale, humare producer no 1 hai (Our film is almost completed, our director is so much fun, our bond is awesome, title will be revealed soon, our producer is no.1).” He used ‘Title Kya Hai Yaar’ as the hashtag on the post. He tagged @rakulpreet @bhumipednekar #MudassarAziz @jackkybhagnani @deepshikhadeshmukh @vashubhagnani @pooja_ent. Rakul wrote, “Arrre waaah!! (red heart emoji) I love the girl on your right.”

Reacting to Arjun’s announcement for his untitled upcoming project, one of his fans copied his style and wrote , “Is movie ko dekhne ka humara bada maan hai (smiling face emoji) Lagta hai, yeh too much fun hai (I have a strong desire to watch this film, I feel this movie will be too much fun).” Another fan commented, “Wooohhhoo (wow) waiting for the title.” Other fan wrote, “Caption (heart, fire and laughing emojis).” One fan also commented, “Dil dhadke even louder louder (My heart beat has increased).”

Arjun also has The Lady Killer, with Bhumi in the pipeline. It is produced by Bhushan Kumar, Krishan Kumar and Shaailesh R Singh. The movie revolves around a small town playboy who falls in love with a self-destructive woman.

Arjun was last seen in Ek Villain Returns with Tara Sutaria, which failed at the box office. He will be next seen in director Aasmaan Bhardwaj’s dark comedy film Kuttey, alongside Radhika Madan, Tabu and Konkana Sen Sharma. It is set to release in theatres on January 13, 2023. 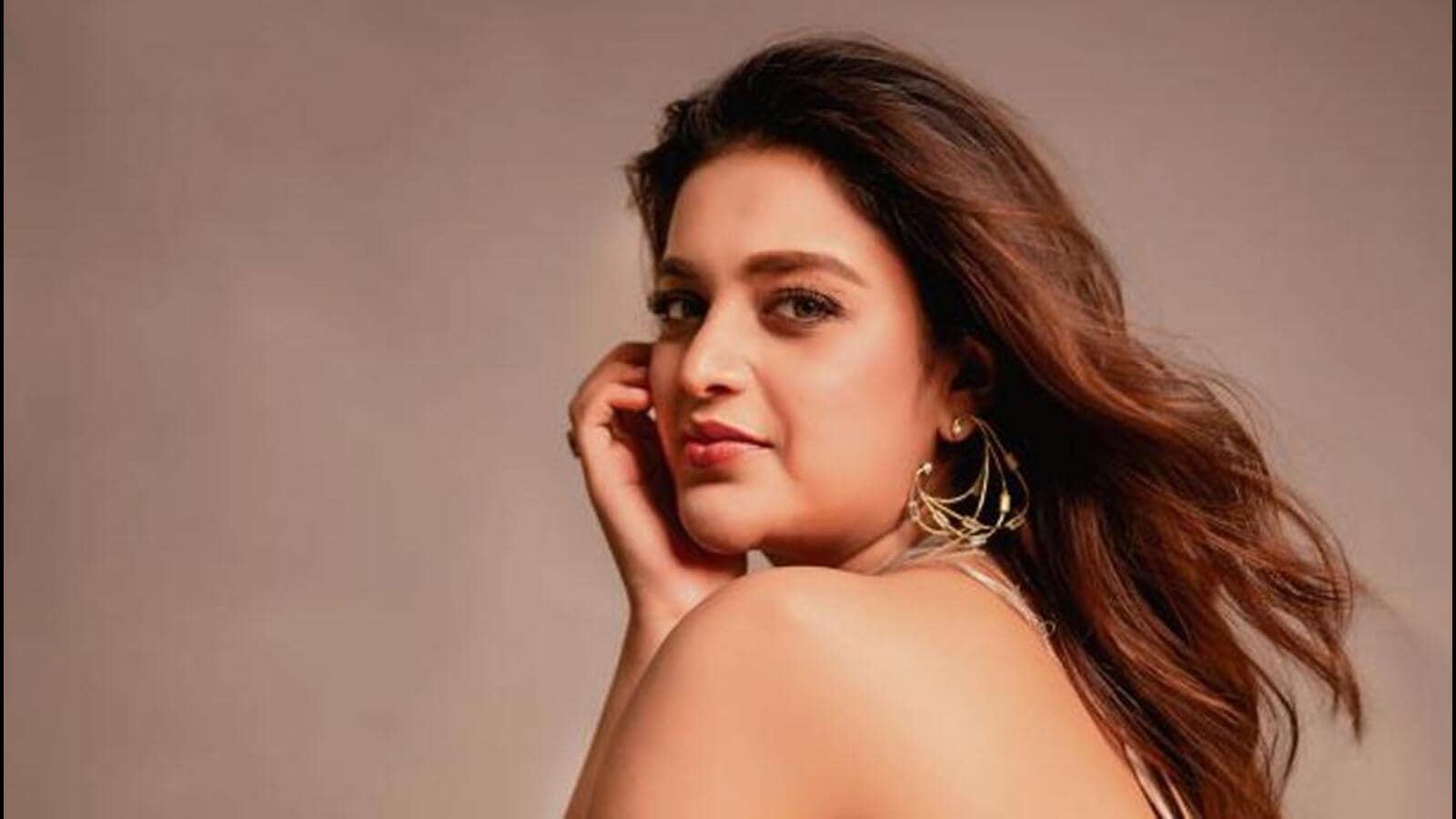 Nidhhi Agerwal prefers movies in theatres than on OTT platforms 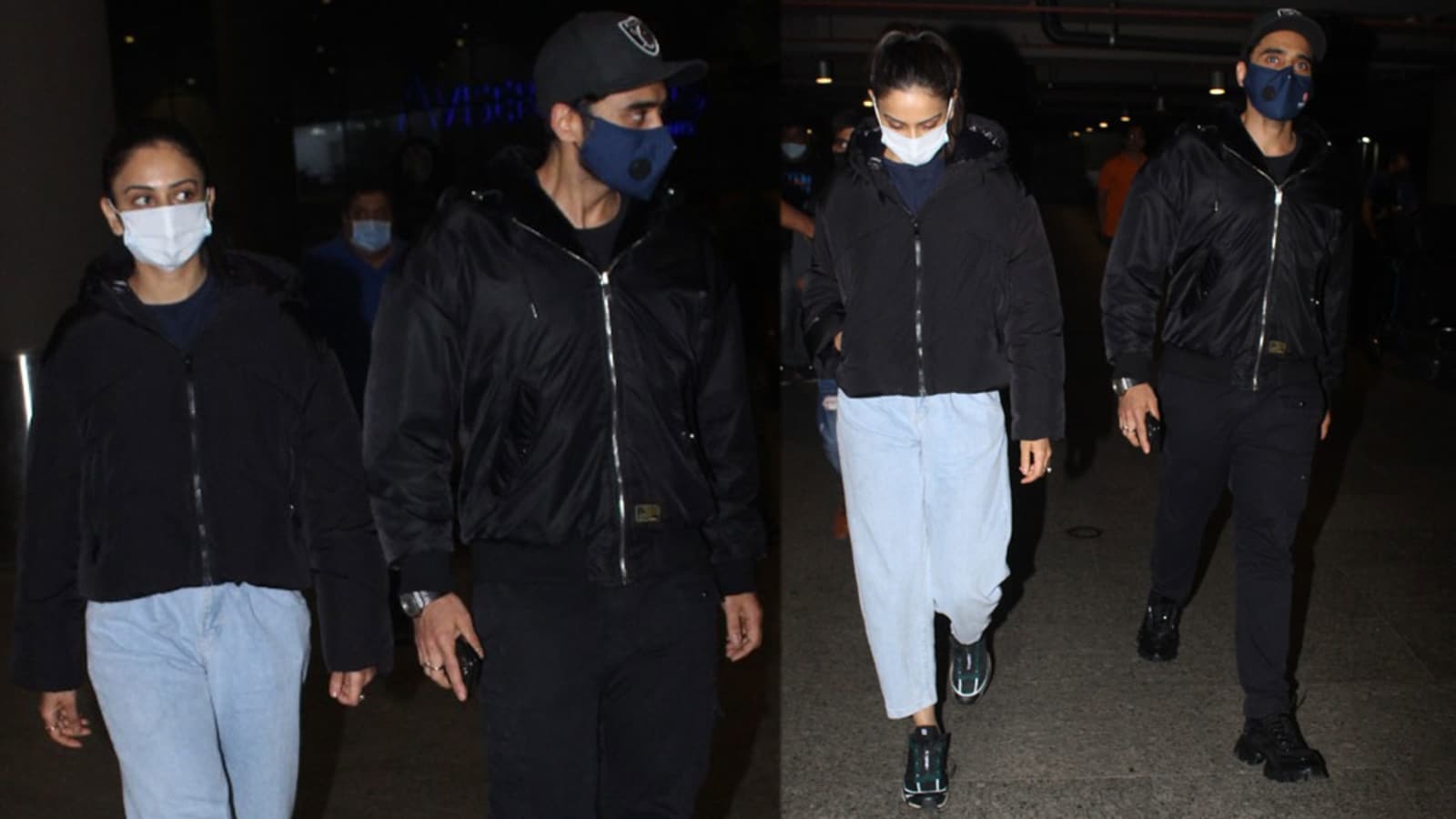 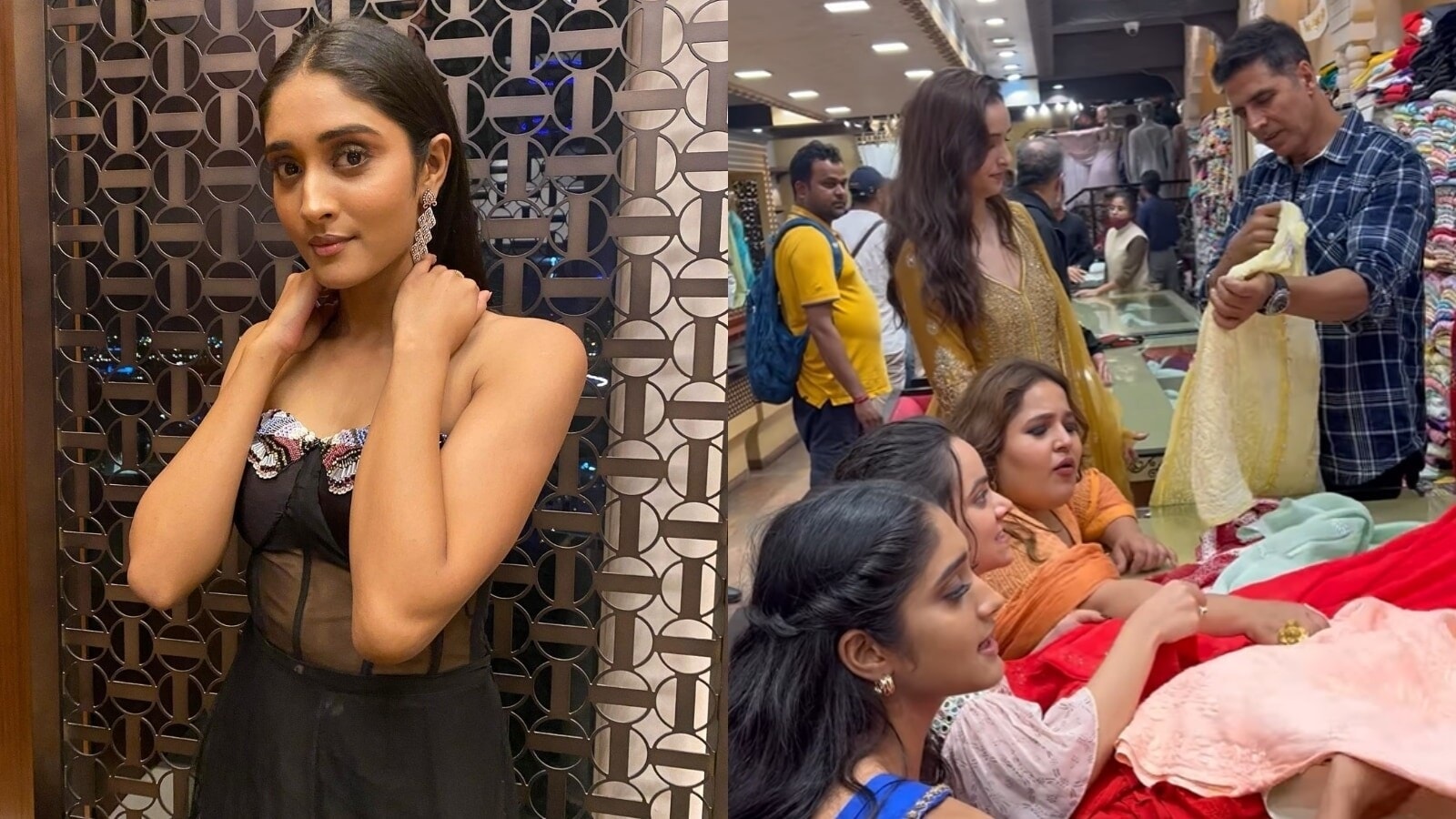