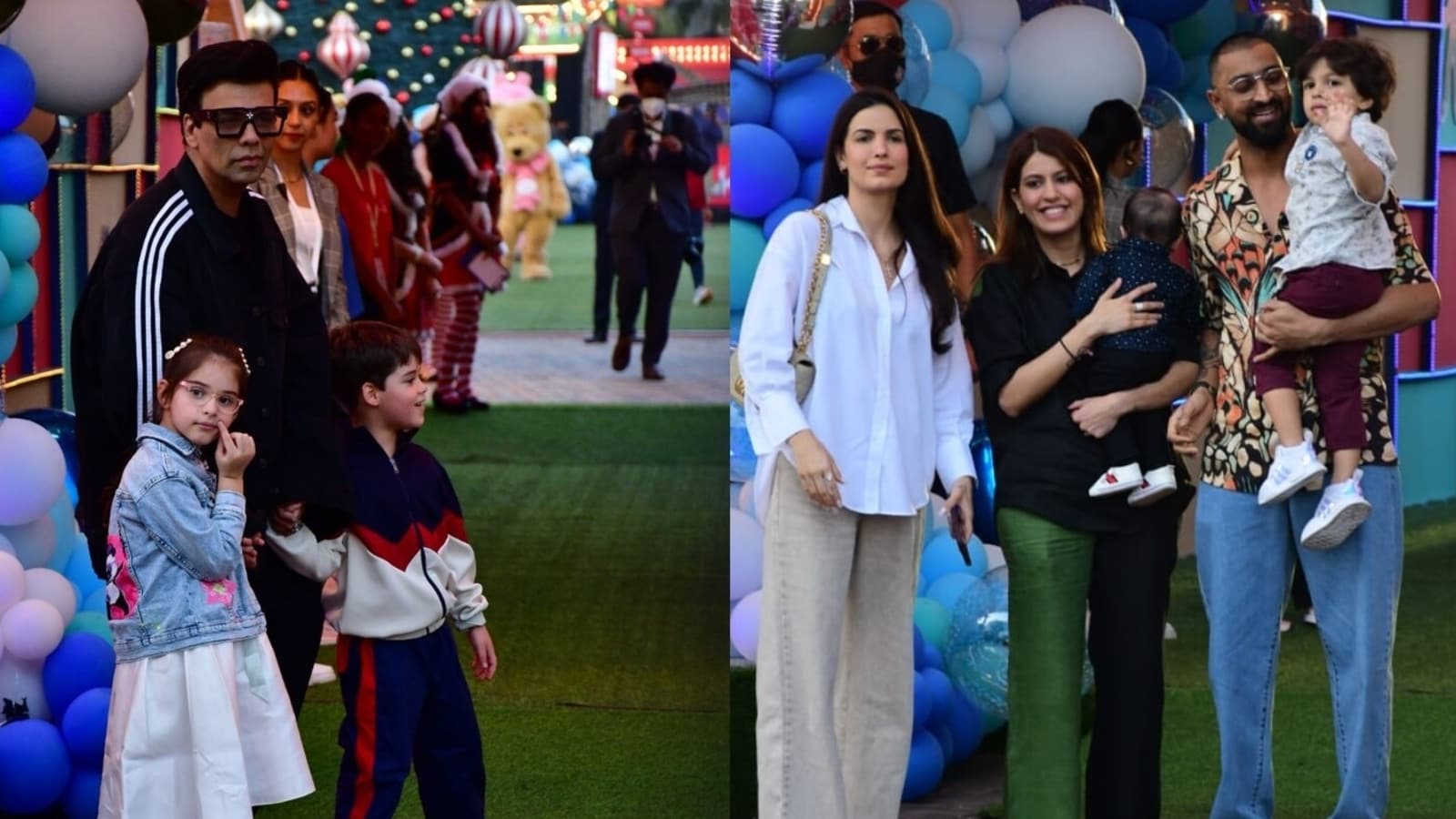 Businessman Akash Ambani and his wife Shloka Mehta hosted a grand party to celebrate their son Prithvi Ambani’s birthday. On Monday, Prithvi turned two and the family has invited A-listers from Bollywood at Jio World Garden where the bash is taking place. Filmmaker Karan Johar was seen arriving at the venue with his twins, Yash Johar and Roohi Johar. Also read: Alia Bhatt, Ranbir Kapoor at Anant Ambani’s engagement bash

Before entering the venue, Karan happily posed for paparazzi with his kids. Yash wore colour-blocked jacket with a matching pants. Roohi opted for a white dress with a denim jacket. Karan looked casual in an all-black athleisure look in baggy joggers and jacket. The family was earlier in the day spotted arriving at Mumbai airport after celebrating new year in Dubai.

Besides Karan and his kids, others to attend Prithvi’s birthday party were Nataša Stanković along with son Agastya, Krunal Pandya, his wife Pankhuri Sharma and their son Kavir. Filmmaker Ayan Mukerji was also seen entering the party.

Meanwhile tight security has been ensured at the premises. Videos and pictures from the party have surfaced online. More celebrities are likely to arrive. A while ago Isha Ambani was snapped reaching the party in her car.

Going by the pictures from the party, the birthday bash is themed around winter wonderland. Big and bright blue balloons were seen decorated at the entrance, which also came with a red carpet area. Paparazzi are stationed outside. Akash Ambani and Shloka also posed for cameras with their little one.

The birthday boy wore a flannel short with denim pants. Shloka opted for a flowy stripped dress, topped with a denim jacket. Akash wore a teal coloured shirt with jeans as he posed with them. 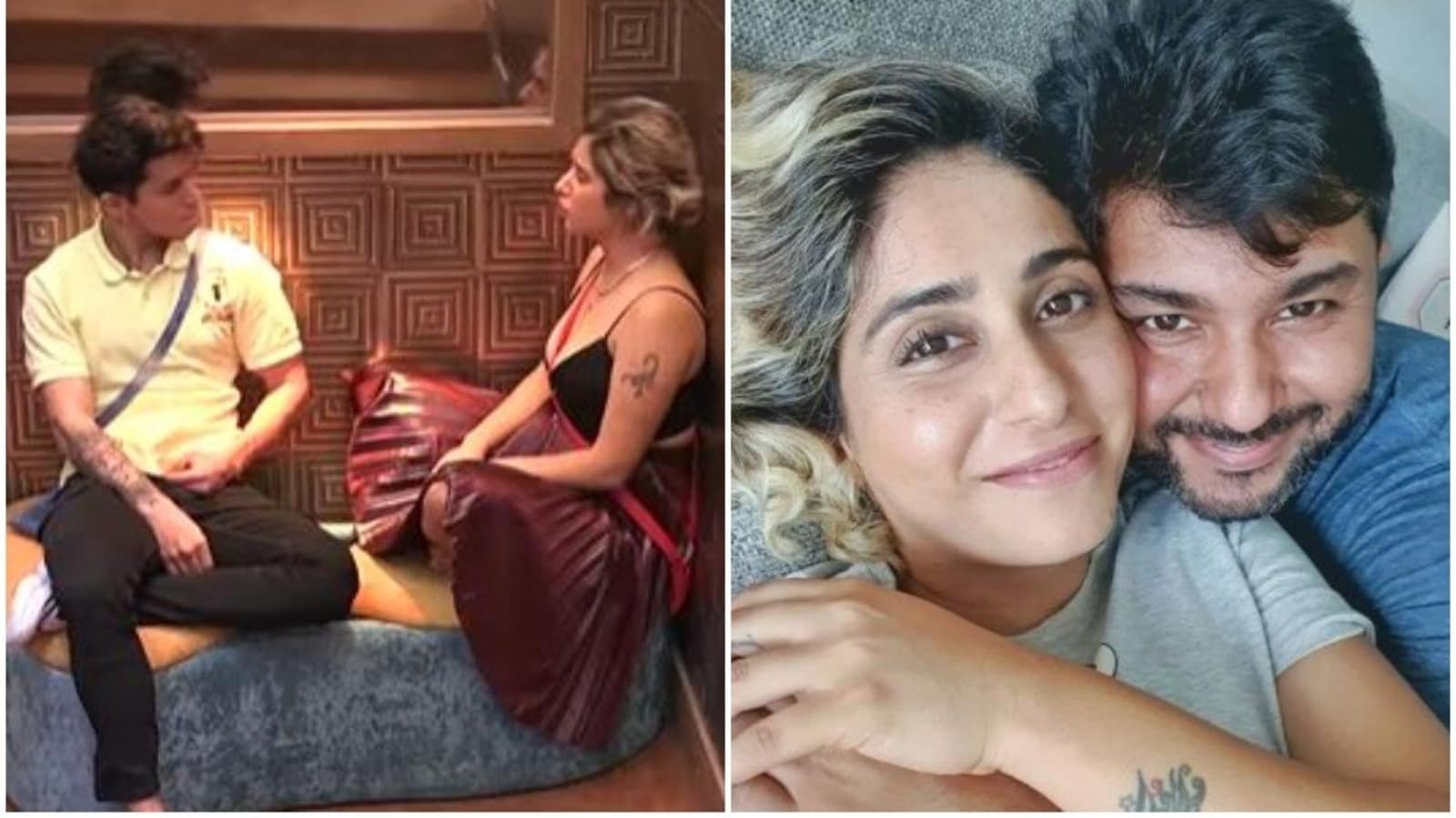 Neha Bhasin’s husband Sameeruddin on her connection with Pratik Sehajpal: ‘Feels like they know each other for long’ 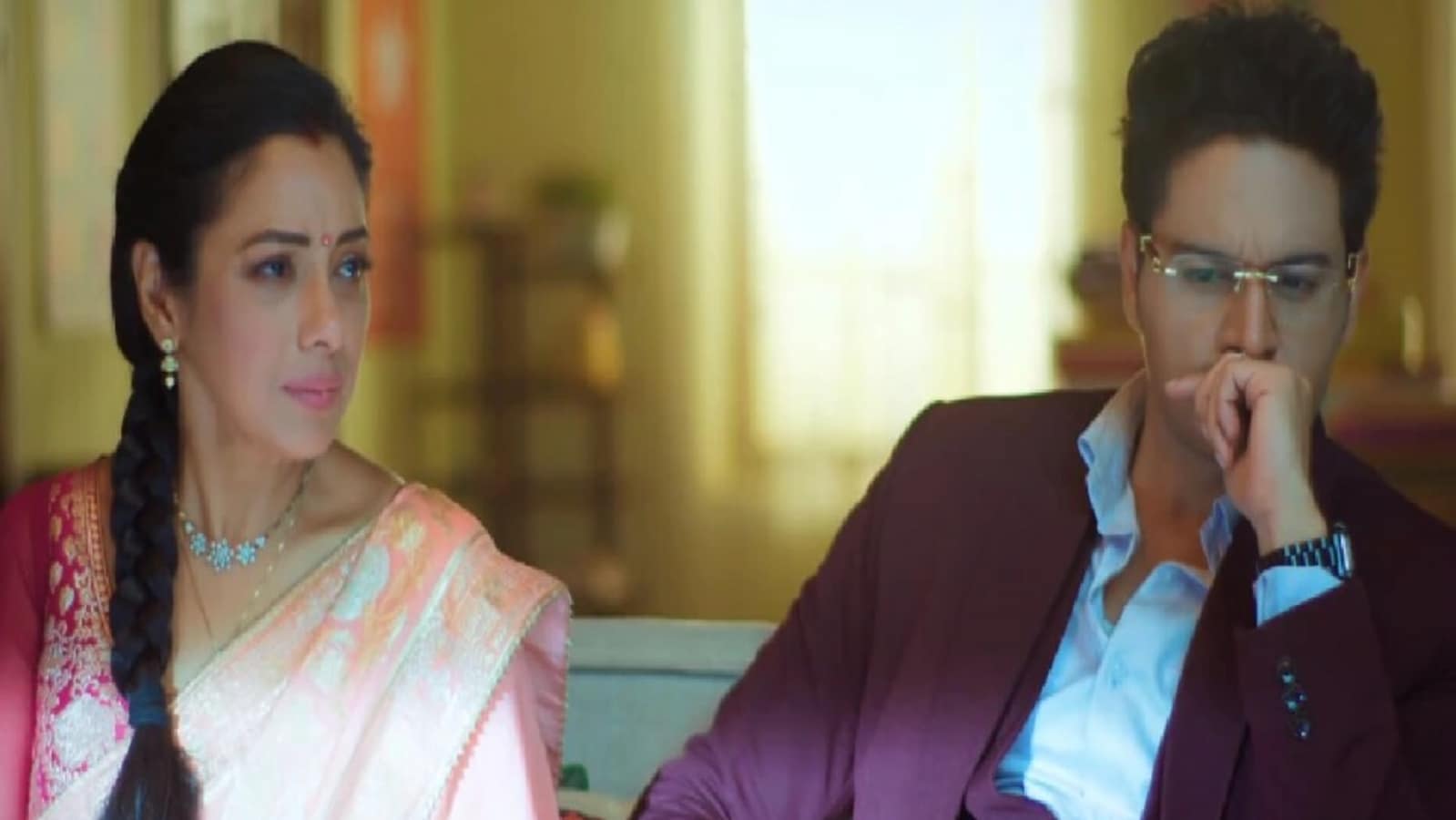 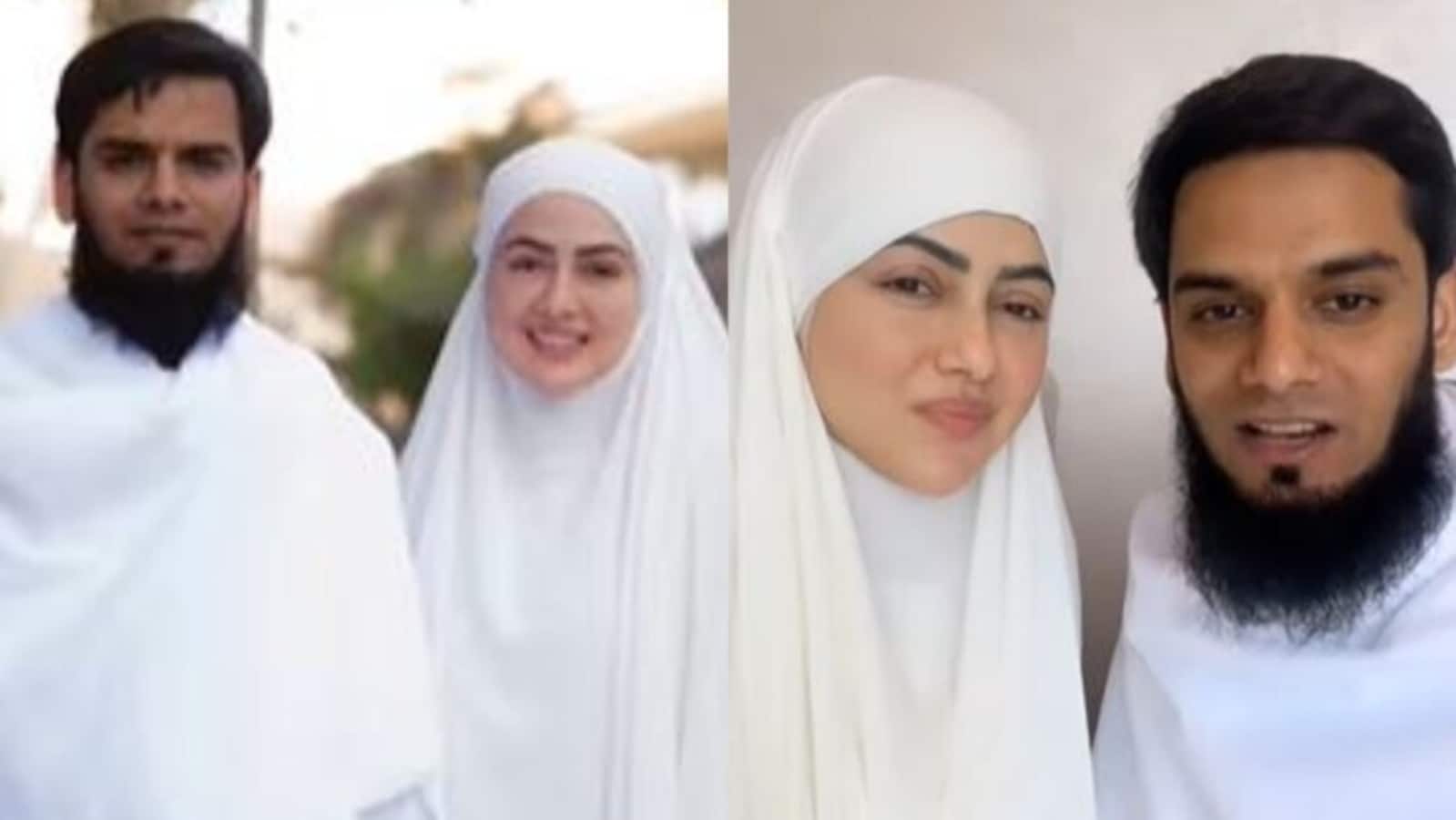 Sana Khan reaches Saudi Arabia with husband Anas Saiyad for her first Hajj, says she cried ahead of pilgrimage. Watch