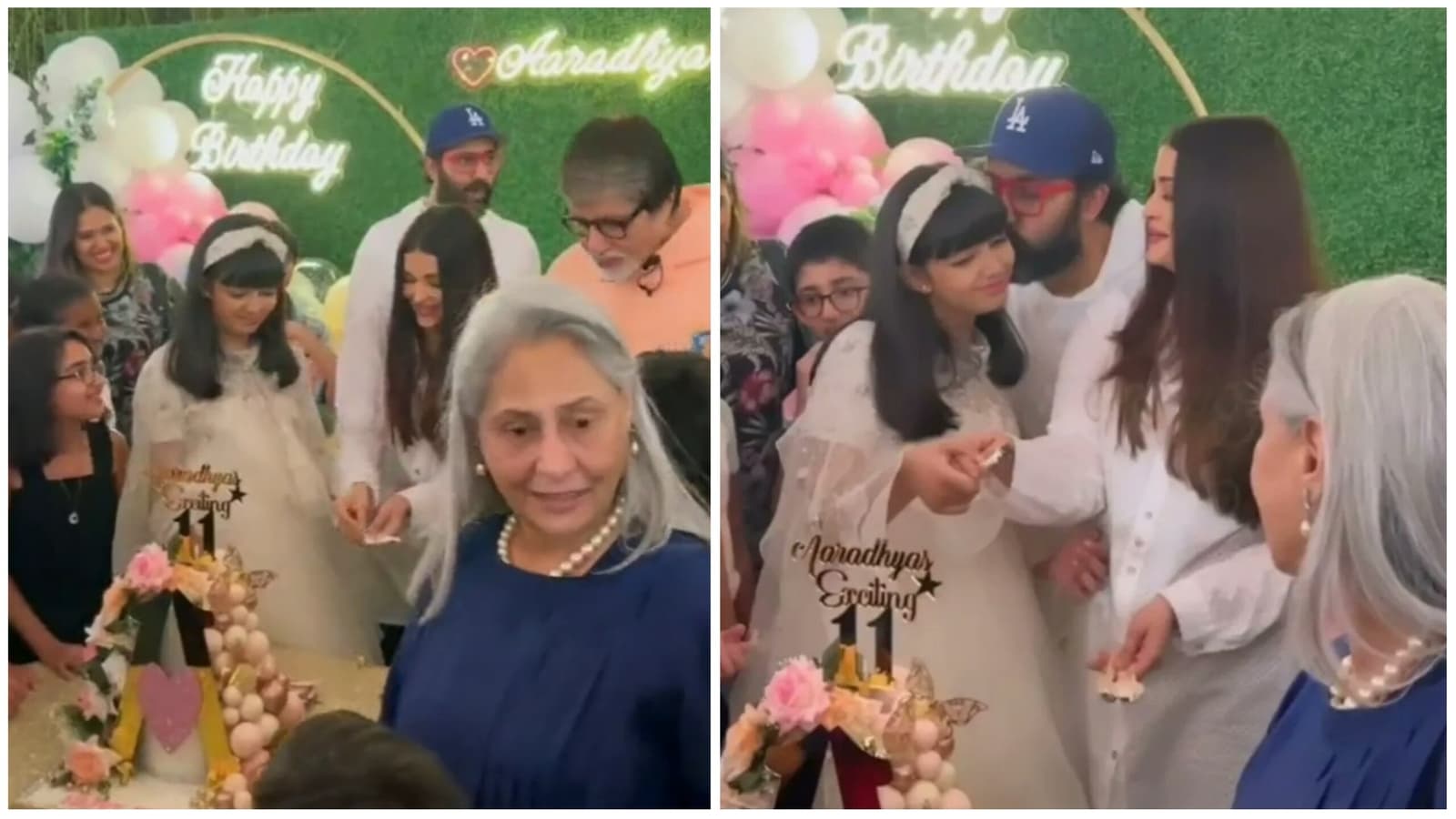 Aishwarya Rai and Abhishek Bachchan recently hosted a birthday bash for daughter Aaradhya Bachchan. She turned 11 this year and was twinning with her parents in white. Now an inside video from the cake-cutting ceremony shows Aaradhya celebrating the moment with her parents as well as grandparents Amitabh Bachchan, Jaya Bachchan and Vrinda Rai. Also read: When Jaya Bachchan said she used to hit Shweta often for talking back to her: ‘She was very, very difficult with me’

The video shows Aaradhya in a white dress and matching hairband, surrounded with many of her friends and a white conical cake placed in front of her. Aishwarya gestures at everyone to start singing the birthday song. She also helps her cut the cake and feeds her a piece. Abhishek plants a peck on Aaradhya’s cheek and Jaya Bachchan, seen in a blue outfit, claps for her. Aaradhya also feeds a piece of cake to Amitabh, who is seen in a peach track suit. Vrinda is also seen in a green saree.

Post the party, Aishwarya and Abhishek were spotted seeing off Vrinda Rai. They held her hands as she walked towards her car. Aishwarya also asked her to call her after reaching home.

Aishwarya had also shared a picture with Aaradhya to wish her on Instagram. The 11-year-old dressed up in red as she rang in her birthday. “My love… My life… I love you, My Aaradhya,” wrote Aishwarya. She was seen giving Aaradhya a kiss in the picture. A big ‘11’ made of flowers was seen on the wall behind her.

Abhishek shared a solo picture of Aaradhya from the day and wrote on his Instagram page, “Happy Birthday my little Princess! I love you mostest.”

Aishwarya was last seen in Mani Ratnam’s Ponniyin Selvan I. The film crossed ₹500 crore at the worldwide box office. She played one of the lead roles of Queen Nandini in the film. Abhishek recently saw the release of the second season of web series, Breathe: Into The Shadows. 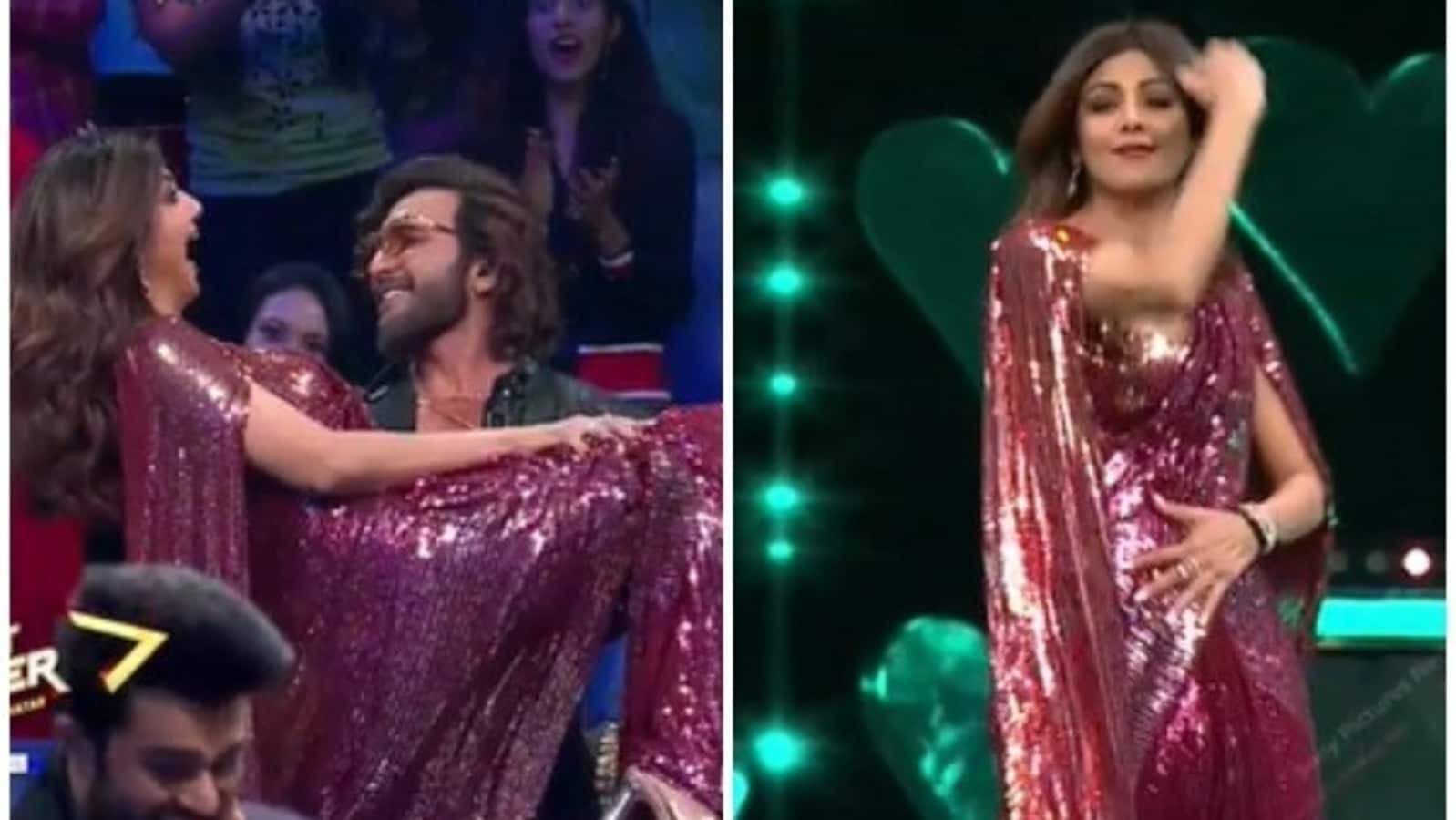 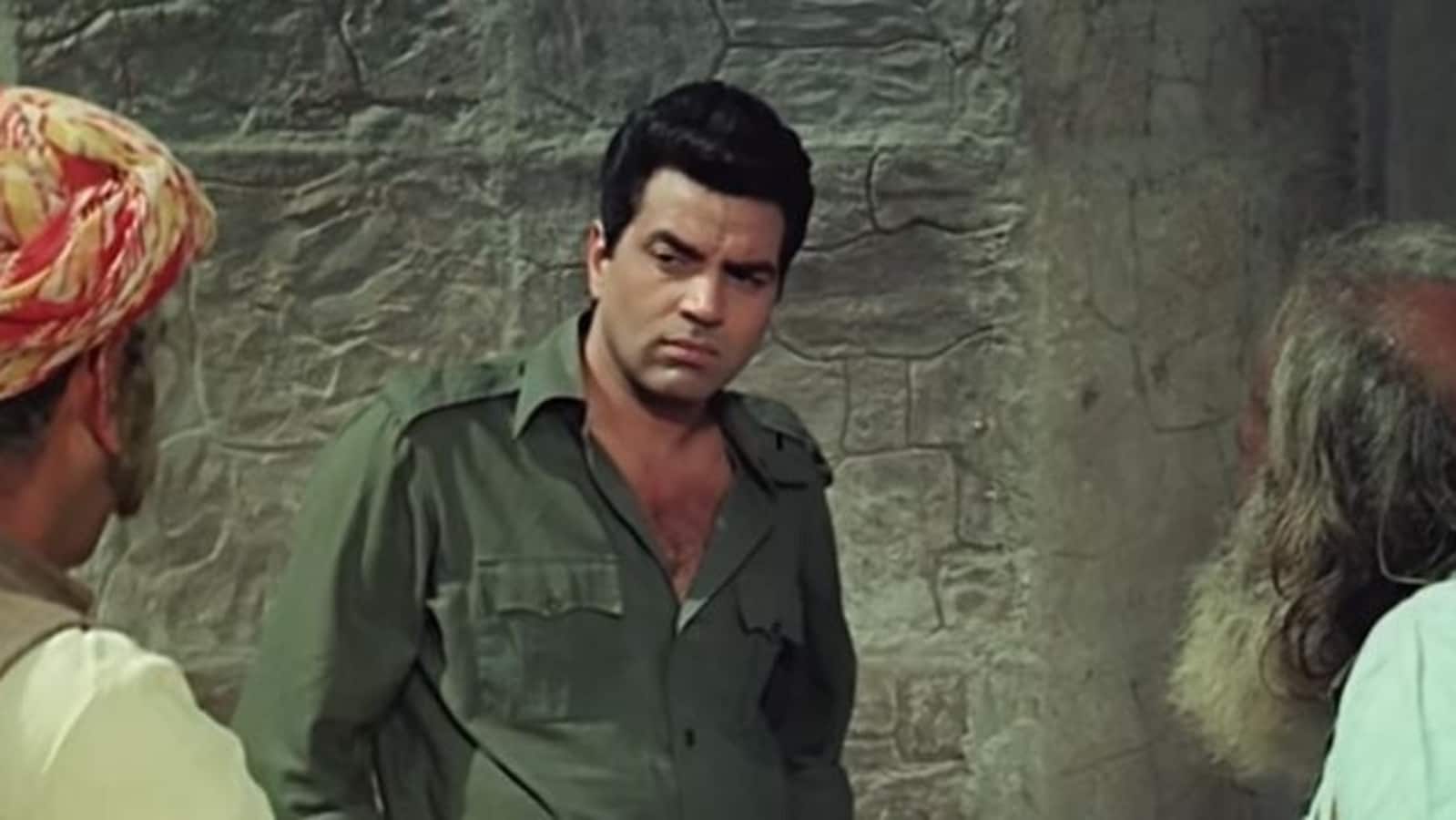 Aayush Sharma says he is accused of getting everything from Salman Khan: ‘I also have money’