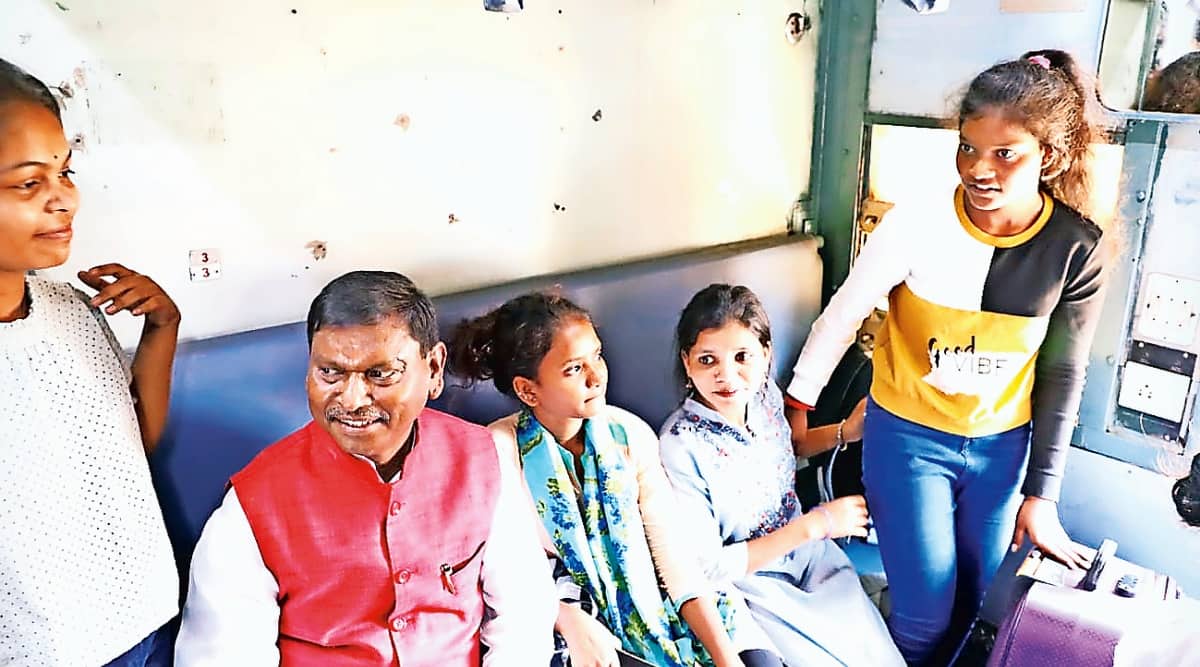 Hosur in Tamil Nadu and Khunti in Jharkhand are 1,800-odd km apart. For Anamika Kandulna, 18, that’s “a whole new world”. On Tuesday, a special train carrying Anamika and 821 other girls, most of them from tribal families in the state, set off from Hatia Railway station to Hosur.

They are among 1,898 girls, all between 18 and 20 years, who have been recruited by Tata Electronics Private Ltd to work in its component manufacturing factory in Hosur. The girls were selected from four Jharkhand districts – Khunti, Saraikela, Chaibasa and Simdega – as part of a two-day recruitment drive held on September 18 and September19.

The recruitment drive was organised by Arjun Munda, Union Tribal Affairs Minister and the MP from Khunti, who flagged off the special train on Tuesday with the first batch of 822 girls.

“I really don’t know what I am going to be working on, but I am excited to be part of this journey. We have been told that besides earning a fixed salary, we can continue our studies too,” she said.

A source in the government said, “The girls will be trained for 12 days, after which they will get their offer letters. Their job, which will be done in eight-hour shifts, involves assembly of mobile components. Besides accommodation, food and transportation, they will be given a salary of Rs 15,000.”

The sources added that on completion of a year, those interested in studying further can enroll for a BSc in ‘Manufacturing Sciences’ at a university in Tamil Nadu. Sources said this is part of a larger plan by Tata Electronics to recruit at least 3,000 women from across the country.

Minister Munda said the Jharkhand leg of the recruitment drive received a “great response”, with over 2,600 girls and young women registering for the selection process that involved a basic proficiency test conducted on September 18 and 19 in the four districts, followed by an interview.

On Wednesday, as the train reached Vijayawada, Munda made a video call to the girls and asked how their journey had been.