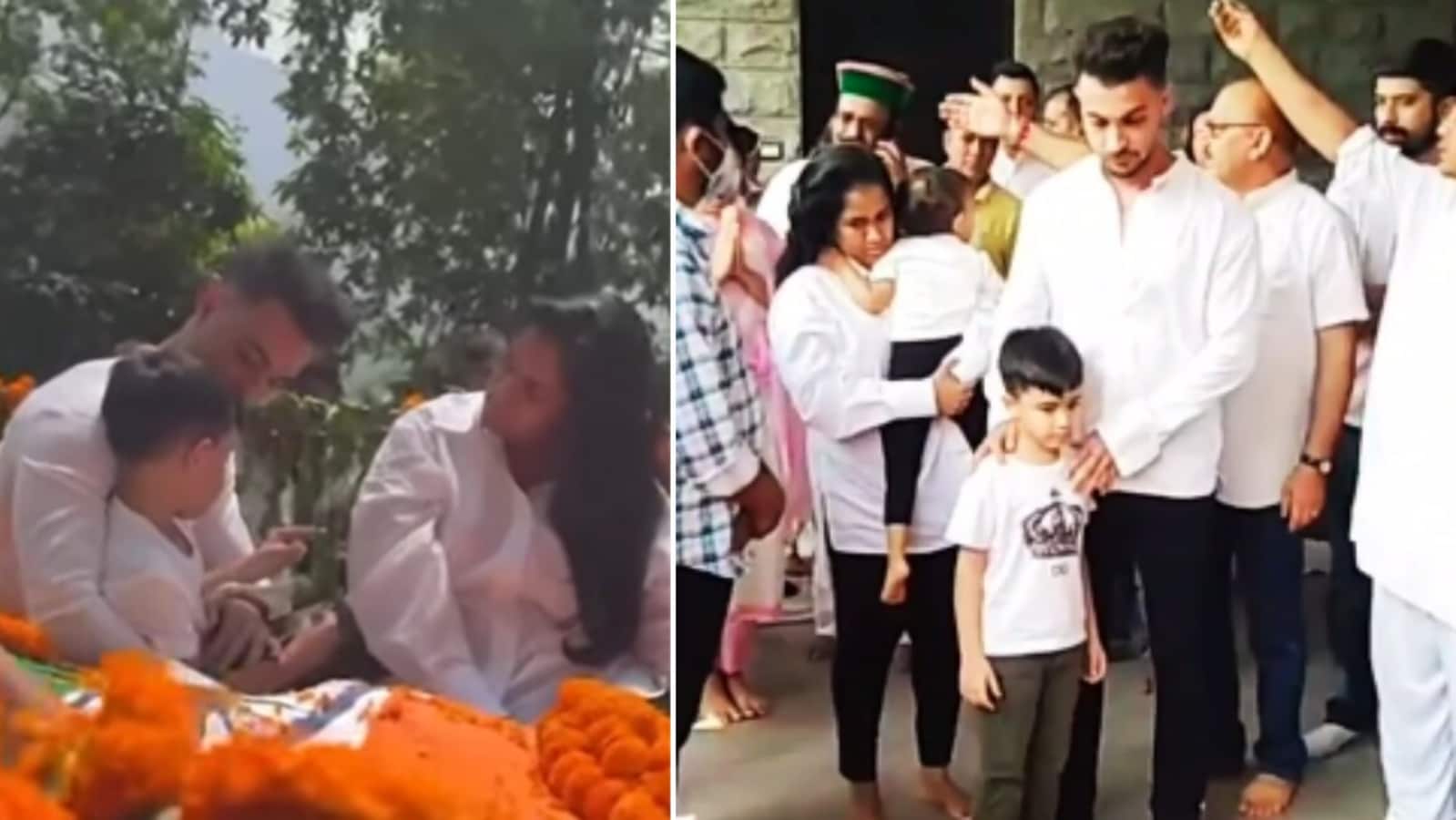 A paparazzo account shared a series of pictures and photos featuring Aayush, Arpita, Ahil, and their other family members, In the first video, the family is seen sitting in a vehicle with Sukh Ram’s body as they headed towards the funeral ground. In another video, Ahil is seen sitting on Aayush’s lap.

One paparazzo account shared a video, in which Arpita is seen holding Ayat in her arms, as Ahil and Ayush offer flowers to Sukh Ram’s body.

According to a Jagran report, Sukh Ram’s last journey was from Moti Bazar to Hanumanghat on the banks of the Beas river, where he was cremated. His son, Anil Sharma set fire to the pyre.

Sukh Ram, who was airlifted and admitted to the All India Institute of Medical Sciences (AIIMS) in Delhi on May 7 after suffering a brain stroke in Manali in Himachal Pradesh, died at the hospital at 1:35 am. Aayush’s brother Aashray Sharma wrote in a Facebook post around 2 AM, “Alvida dadajee, ab nahi bajegee phone ki ghanti (Goodbye grandfather, the phone won’t ring now).”

Aayush shared a heartfelt farewell note for his late grandfather. He wrote, “With a very heavy heart I bid farewell to my beloved Dadaji Pandit Sukh Ram Sharma. Even though you’re gone, I know you’ll always be with me, guiding me, looking over me, and blessing me like you always do. Rest in peace dadaji, you will be dearly missed.”

Born on July 27, 1927, Sukh Ram represented the Mandi assembly seat from 1963 to 1984. During his tenure as state animal husbandry minister, he was credited with bringing cows from, Germany which led to an increase in the income of farmers. 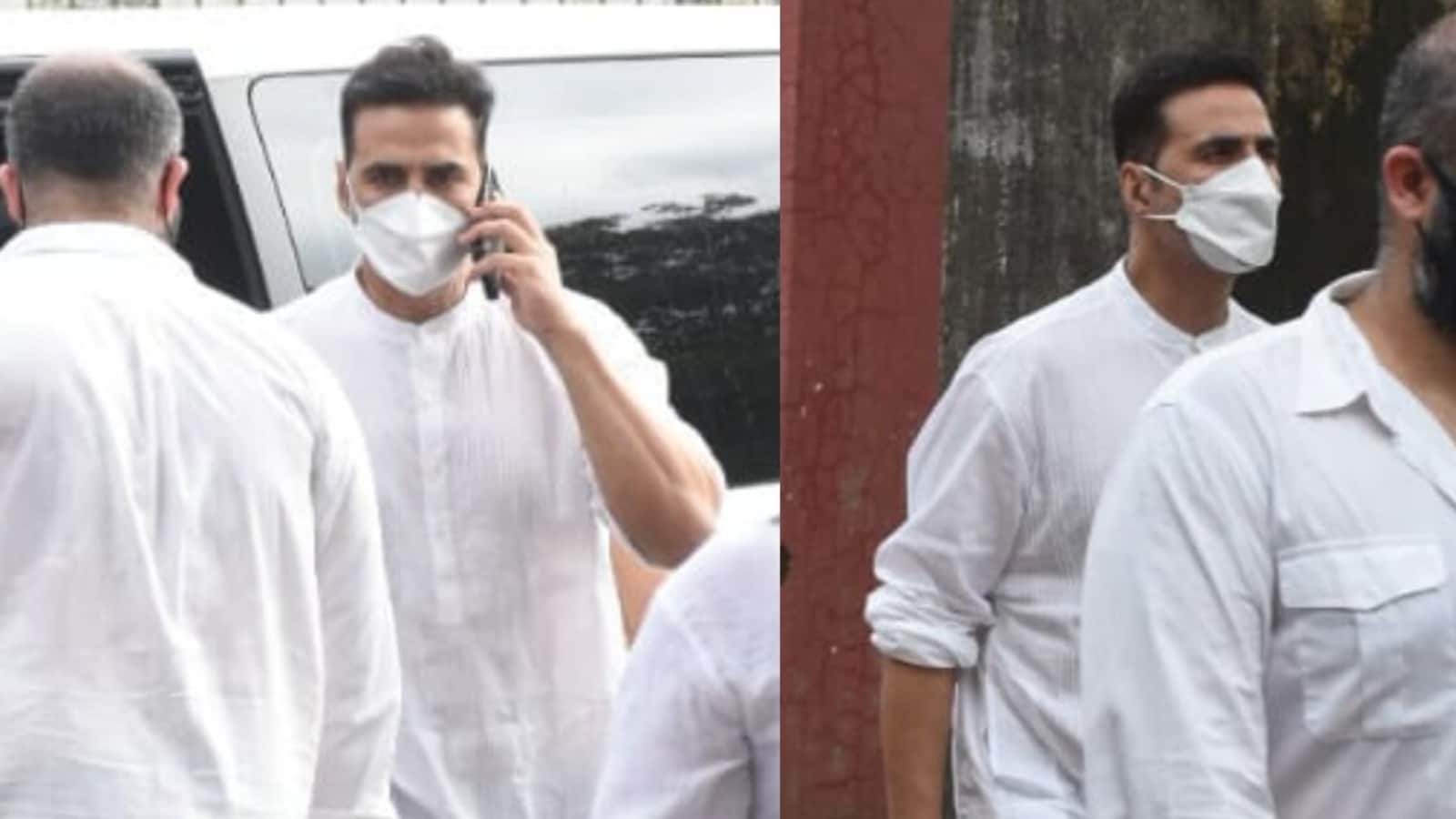 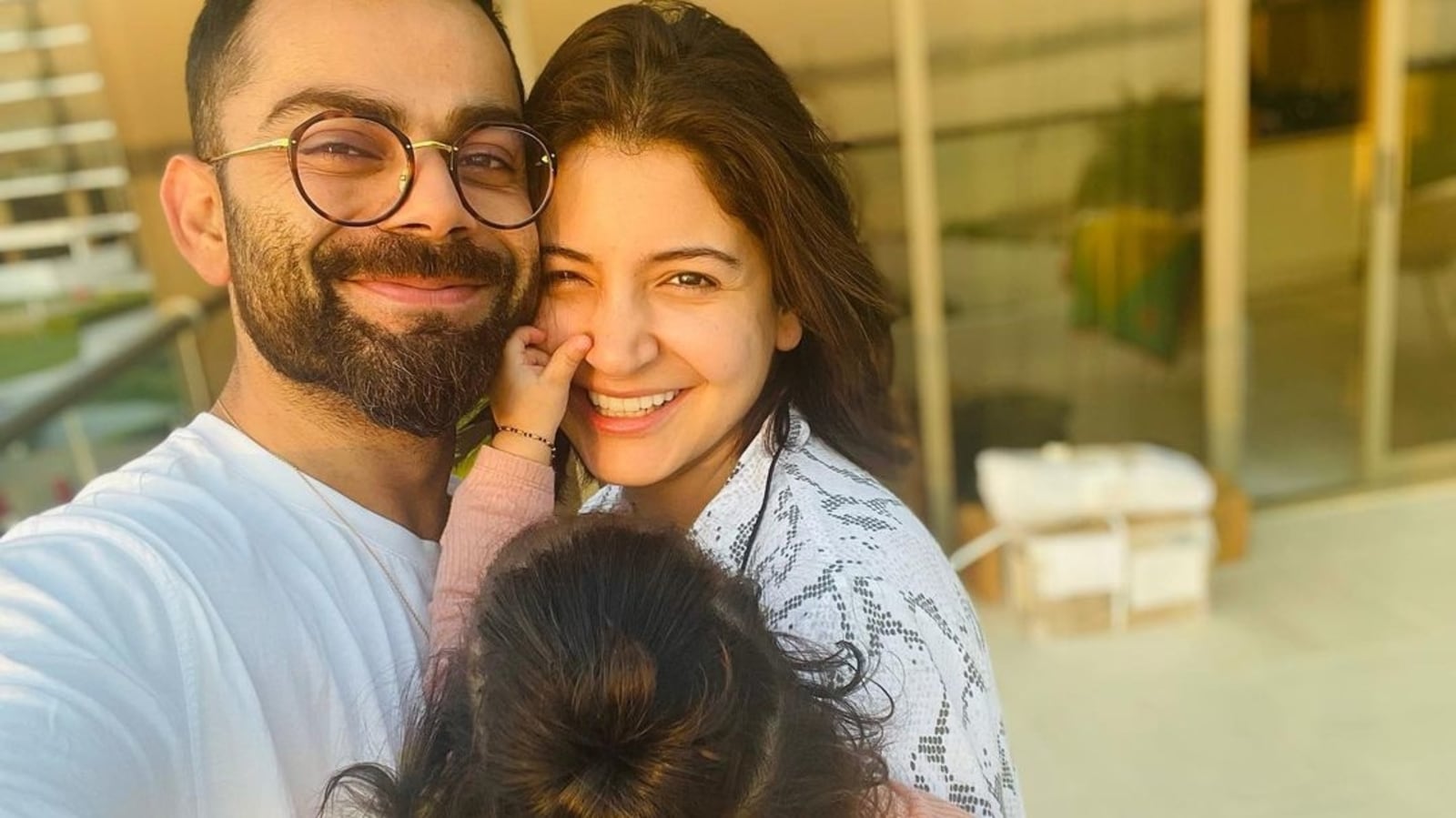 Vamika makes cute appearance in Virat Kohli’s anniversary post for Anushka, he talks about world being ‘against’ him 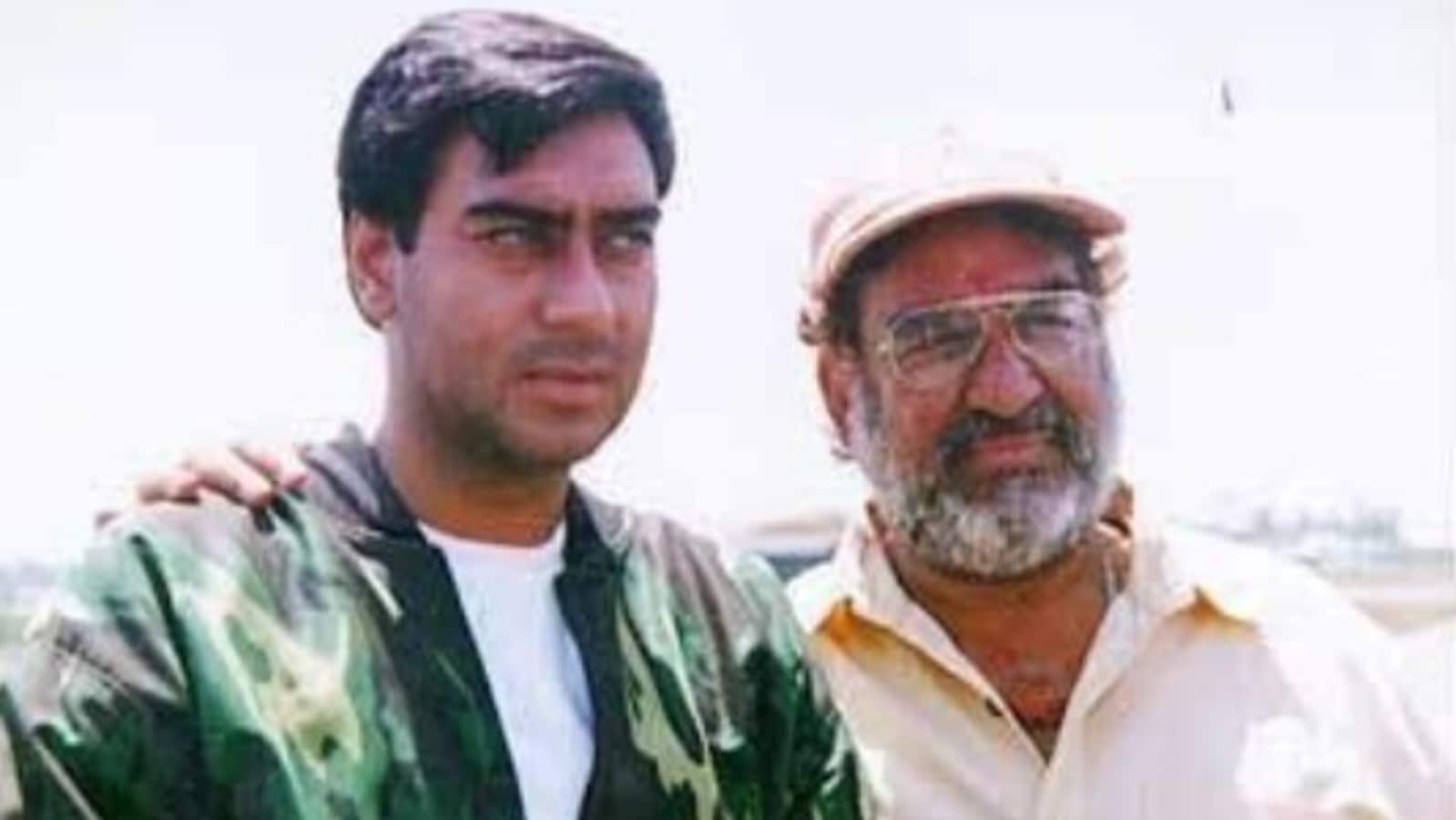