We have just gone through what has been, to put as politely as possible, a weird year. in the midst of all that was happening, fitness routines went for a toss. The smart wearables were resigned to a space in the drawer as people stayed cooped up at home. Binging on food and TV shows. Over-working from home. Dealing with anxieties of the unusual scenarios where your only human interaction was with someone on your smartphone or tablet screen. Yet, as things slowly seem to be returning to normal, it may just be a good time to get back to your fitness routine. And you’ll probably need a fitness focused wearable that can tell you how well (or how badly) you’re doing with regards to staying fit. There aren’t many fitness bands as feature packed, as accurate and yet as simple to use as the Fitbit Charge 4. Good timing then, for you to be reading this review.

Before you say that this is just another fitness band in a world that is filled to the brim with fitness bands ever since smartphone companies got in on the act, I’d like to share that the Fitbit Charge 4 is the most advanced fitness band the company has ever made. This is priced at Rs 14,999 which while not the most expensive considering what all it packs in, will still require some dedication from you to persist with it and get a fitness focused return for your investment. Some of the headline features—advanced sleep tracking, blood oxygen monitoring, great battery life, built-in GPS, detailed workout tracking and if you’re up for it, the premium Fitbit subscription that adds even more features and functionality.

As far as the design goes, the Fitbit Charge 4 looks a lot like the Charge 3. And why change something that simply works. I have often been found claiming that wearing a lot of fitness bands or indeed smartwatches to bed is plainly uncomfortable. Because it just is. But the Fitbit Charge 4 stayed snugly on my wrist and didn’t bother at all while sleeping. It thin enough, though for the sake of it, one can observe that it could have been thinner still. You could also say that Fitbit, after all this while, could have perhaps shown off a slimmer and a more modern design. But that’s just nitpicking. It just works. The good thing is, there are a whole bunch of bands that you can get for your Fitbit Charge 4, if accessorizing it catches your fancy. By default, you can have this in Black, Storm Blue and Black, and Rosewood colours. If you’re okay spending a bit more, that’s Rs 16,999 to be precise, there’s the special edition as well with the Granite Reflective woven band. The Fitbit Charge 4 has built-in GPS, something that a lot of fitness wearables don’t have and therefore rely heavily on the paired phone to pull in that information for your exercise routine. The Charge 4 is able to build a map of your outdoor workout, available in the Fitbit app. The map also gets you granular information about the intensity of the workout, complete with heart rate zones. The addition of GPS means that the running, outdoor workouts, walking and cycling workouts have been worked for the additional mapping and location data that they now add to the mix. What you’ll now get is distance, heart rate, speed, time and a map. No longer do you need a phone to add the GPS data to these workouts, which means the location data in a lot of cases may be more accurate too.

While a lot else remains the same as previous Fitbit wearables, sleep tracking keeps evolving in all the right ways. You’ll now wear the Charge 4 to bed and what you’ll get every morning is a sleep score that indicates how well or not you managed to sleep that night. There’s the total time asleep data from which further chunks are segregated as deep and REM, awake and restoration. The sleep cycle is illustrated in a very helpful graph as well. There’s the three-axis accelerometer to detect when you are in deep sleep, light sleep or awake. Alongside, the heart rate sensor keeps pulling in your resting heart rate data while the Sp02 sensor adds the blood oxygen levels to the information you get. Yet, a lot of advanced info only with the Premium subscription, something I’ll get to in a bit

Battery life remains quite robust with the Fitbit Charge 4. In my usage, with phone notifications dialed down to a minimum and mostly indoor activity along with daily sleep tracking, the Charge 4 lasted me 7 days on a single charge with still 7% charge remaining. This is one fitness band that you don’t need to worry about charging every day before you step out for your run or every night before you fall asleep.

Now on to the premium subscription, something that you must shell out for if you want to get the most out of the Fitbit Charge 4 that you’ve just bought. While the free tier in the app still gives you some data, the deeper insights reside with the Fitbit Premium subscription. That includes a sleep score breakdown, a wellness report, more than 200 workout types, mindfulness session and also guided programs that take you step by step in an attempt to improve your sleep, activity and diet intake, spread over a period of 1 to 3 weeks. The Fitbit Premium is priced around Rs 819 per month, or Rs 6,999 if you are motivated enough to pay for all of it in one go. Whether this is worth it or not, totally depends on you.

The Last Word: Sleep Tracking Has To Be The Highlight For Me

The Fitbit Charge 4 is made for a purpose, and you’ll buy it for a purpose. And that is to stay fit, without the complications some fitness bands end up introducing into the experience. The Fitbit prowess with fitness tracking really needs no introduction, and the companion app remains one of the best in business, if not the best. Yes, there is now the Fitbit Premium layer in the mix, but whether you pay for that depends on what you need from the Fitbit Charge 4 and how much. Even on the free app tier, it still remains quite detailed with the fitness data. How often you should change your passwords? Google CEO shares his personal habit 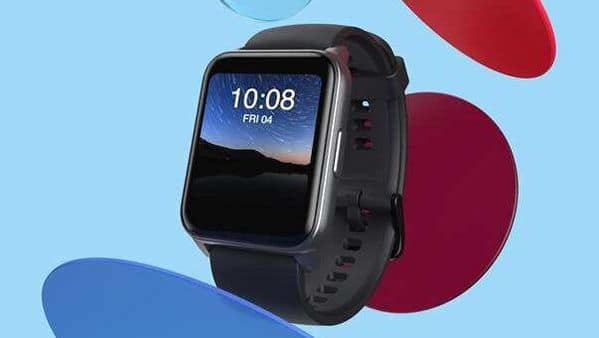