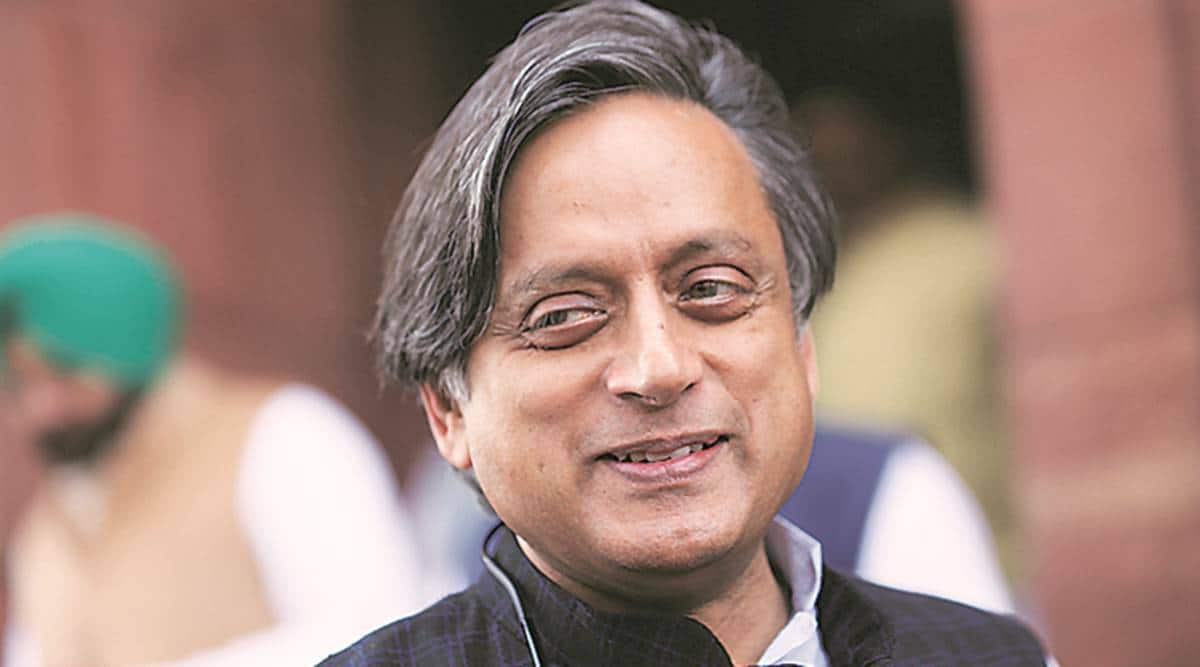 Five members of the Parliament standing committee on Information Technology, including an MP from the BJP, have written a joint letter to Lok Sabha Speaker Om Birla Saturday urging him to restore Shashi Tharoor as chairman of the panel arguing that the Government’s decision to change the chairperson in the middle of the 17th Lok Sabha had come as an “utter shock”.

Tharoor, too, broke his silence on the Government’s decision — communicated to the Congress just days ago — to take away the chairmanship of the panel from the Congress. “I am dismayed by the Government’s unusual decision to change a Chairman midway through the 17th Lok Sabha. Parliamentary democracy is ill-served by such intolerance,” he said in a Twitter post.

“While the government may be within its rights to assign the IT Committee to itself, the appropriate compensation for the Congress party should be to restore External Affairs to us, which was taken away from our party in 2019. By convention the principal Opposition party must have at least one of the top four committees,” Chowdhury said.

In their joint letter to the Speaker, the MPs, Anil Agrawal (BJP); John Brittas (CPM); Karti Chidambaram (Congress); Mahua Moitra (Trinamool Congress); and T Sumathy (a) Thamizhachi Thangapandian (DMK): said: “The allocation of the Committee is generally decided at the convening of a fresh Lok Sabha and this remains the case until it is dissolved, barring certain exceptional circumstances.”

“It comes to us with utter shock that the Chairpersonship of our Committee has been changed in the middle of the 17th Lok Sabha,” they said adding “out of the many Parliamentary Standing Committees, our Committee has always been proactive in conducting frequent meetings, resulting in concrete actions, both during the parliamentary sessions as well as the inter-session period.”

“It has been regarded highly across the political spectrum under the able chairmanship of Dr. Tharoor,” they said adding the IT Committee, has “provided a forum for building consensus across political parties on issues of emerging technology and its repercussions for citizens.”

When contacted, Agrawal, BJP MP from UP, said: “He was outgoing… so I said he did well. That was my spirit… every Chairman who completes his tenure, every member says he did well and we hope he shall continue.” Asked about his name in the letter with Opposition MPs, he said: “I have very good relations (sadbhav) with him (Tharoor). But I cannot go against my party’s wishes… I came to know about the letter only at about 6-7 pm in the evening. In India, we always speak good about the outgoing. That was my intention.”

The MPs said the Committee’s work becomes even more important “when our democracy closely mediates information technology on an everyday basis. Shouldering the responsibility to take further the cause of citizen’s data and privacy, Dr. Tharoor has not missed a single occasion to critically engage the Committee on IT issues of supreme importance. Withdrawal of the allocation of his role will be immensely unfortunate for the IT Committee…,” they said.

Chowdhury, in his letter, said the “government is reducing Parliamentary Committees to a farce if they are unprepared to deal with a committee Chair doing his work seriously and professionally, and a committee serving as an independent voice expressing views that may not always be to the taste of the government of the day.”

“If the government is determined to retain the IT Committee for the ruling party, I am writing to insist that as the principal opposition party we have every right to ask for one of the major substantive committees — Home Affairs, External Affairs, Defence or Finance. At least three of these four have traditionally been chaired by the Opposition,” he added.

Personal liberty important aspect of constitutional mandate, arrest should not be routinely made: SC